HomeSports/GamesAnniversary of the Legend - We Remember Super Mario
Sports/Games

Anniversary of the Legend – We Remember Super Mario

In connection with the recent anniversary, without a doubt, of the cult game, I propose to get a little nostalgic and remember how it all started. The character began his journey back in 1981 as a carpenter, then several new images in 1983 and in the end the character became a jumping plumber. I am sure that Super Mario was created for fun and whether Shigeru Miyamoto could imagine that the game would be such a success and it would be called a cult. There was not a single boy who did not know Mario at that time or he had a cartridge with the game. And the fact that the current generation knows about the game suggests that it is a kind of phenomenon in the world of video games that has turned the industry as a whole. People realized that this is the future and look at what games are being created now. 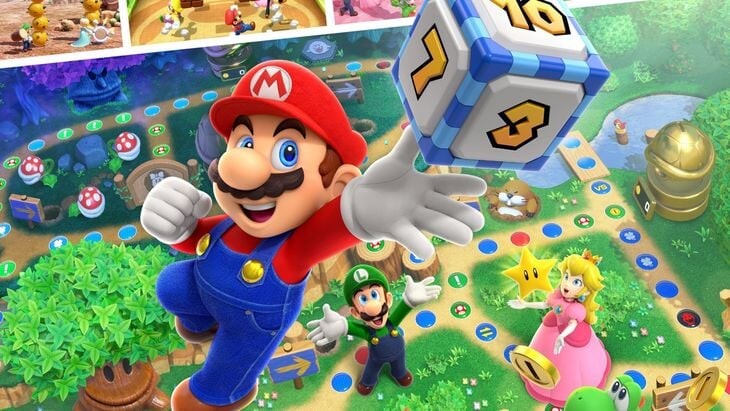 About the game itself

The Nintendo media company was looking for an opportunity to release a new product for its game console, which everyone liked. At that time there were few genres and the game in arcade mode naturally found its audience in the shortest possible time. Players must control Mario, who jumps up the steps and knocks out coins with his head. The difficulty lay in the fact that there were various enemies along the way, whose touch led to the death of the characters, and there was only one way to kill them – to jump on them twice. I, like many people, still wonder why this is so!?. With each new level, the enemies became more and more and the villains were stronger. Super Mario has been re-released several times during this time, and I think the brightest version is the ability to simultaneously play more than 30 players who had only one task – not to be the last.

At first, Super Mario was just a prototype of Mickey Mouse and Sonic. Each main character of that time had few skills, Sonic ran, others just devoured everything in their path and there was no one who would just jump;

Mario has a brother Luigi, he appeared in the game mode for two. Due to the fact that everyone considered him a loser, the developers had to make 2013 the year of Luigi;

Despite the fact that this is just a game character, there was a lot of conversation among the players on the topic of Mario’s last name and representatives of Nintendo had to make a speech in which they talked about the absence of the main character’s last name;

The success of the plumber led to the creation of Vario, an evil copy. The character found a response among the players and took part in ten different video games;

There was an unsuccessful copy – Valuigi, which was never released on the screens, which caused talk about the need to create new copies;

Super Mario can be called a mascot character, which is currently almost nowhere to be found. The creators of new games do not get attached to one character, but try to diversify and create a whole world with many characters. Despite all this, new versions of games about plumbing alone are still very popular;

After such a long period of time, the creators of the game no longer had any such successful project, in fact, the company has existed for more than 30 years at the expense of one game and looks like a financially prosperous story. All this once again confirms the myth that you need to create your own brand with a unique presentation and it will feed you for a long time;

A composition for the game written by Koji Kondo, still considered the most recognizable melody in a video game;

The developer often experimented with Mario, making him a racer, then a tennis player, then arranged fun parties for him;

Few people know, in order to warm up interest in the game, in 2019 the game Mario and the Dream Book at the Olympic Games in Tokyo was released, in which friends competed in various categories;

There are several styles of play. In the old versions, Mario always ran from left to right, and only 10 years after the start of the cult franchise, the developers decided to take a revolutionary step and offered players a rear view of Mario while he was running forward;

Despite the unconditional success, the company also had unsuccessful remakes, so they released Super Mario Sunshine, where the character shot water;

Another revolutionary moment can be considered the ability of the second player to connect to the control of the character to help the first player;

Fans never stood aside, a bunch of video clips with various plots were created, all this led to countless lawsuits, in which the developer company always won;

In order to end the creation of copies, it was decided that players could offer their ideas for creating levels, which later formed the basis of a new version of the game.

Undoubtedly, the game has left its mark in the era of video games, you can even say it created this era. For more than thirty years, the game has changed a lot, only the character of the plumber remained unchanged. In conclusion, I will say that my favorite moment for all time was Mario’s triple jump in a wide arc, with three loud screams, such emotions I have not experienced in any other game.