HomeSports/GamesAncient Hanjie and Its Influence on Nonograms Today
Sports/Games

Ancient Hanjie and Its Influence on Nonograms Today

If you ask anyone what’s the difference between Hanjie and Nonograms, they would say “nothing.” These are just two different terms used for a classic puzzle that was invented in Japan in 1987 and gained massive success with its creativity and originality. But, did you know, the term Hanjie originally comes from one of the most popular board games in China – Xiangqi, a.k.a. Chinese Chess. Xiangqi is a popular pastime in not just China but also in those areas that have a significant number of ethnic Chinese communities, and in other parts of the world. 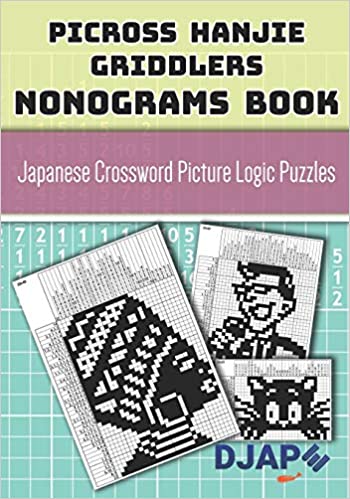 The Chinese chess belongs to the same category as that of the Western (or international) chess. It has 32 pieces (16 on each side), and the aim is to capture the enemy general. The board has nine wide lines and ten long lines representing a battle between two armies. It includes cannon (which must jump to capture), a rule that prohibits kings from directly facing each other, as well as the areas called river and palace that restrict movement. A bar that divides the board represents chǔ hé (the River of the Chu) and hàn jiè (the border of the Han) referencing the Chu-Han war. The game has a strong influence from the Chinese culture, where you cannot directly call out the king by his name as it’s considered disrespectful. Soldiers cannot be promoted, there’s no queen as well, but since the game is now famous worldwide, there aren’t any such associations.

Fast-forwarding to the game of Nonogram, Xiangqi doesn’t really have any influence on this puzzle game. Having a logical bent of mind is the only requisite in both the games. Besides, the terms, Hanji and hàn jiè may sound similar, but the former is a Japanese term used for Nonograms, and the latter is a term used for representing a particular area on the Chinese chessboard.

So, what is a Hanjie Japanese puzzle?

It’s a logic-based game having the most number of names used all over the world. However, only a few are more common. These titles include Griddler, Nonogram, Picross, Picture Cross, Cross Numbers, and of course, Hanjie. The game, as we mentioned in the beginning, was invented by a Japanese graphics editor, Non Ishida, who won a competition in Tokyo where she presented grid-style images with the help of on/ off skyscraper lights. This idea led her to create real-life paper puzzles called Window Art Puzzles. But, in the year 1990, James Dalgety coined the term Nonogram, and The Sunday Telegraph made a significant contribution to commercialize this game worldwide.

The objective of the game is to paint the boxes on the grid according to the numeric clues provided outside. Once all the correct boxes are painted and crossed, it results in a piece of pixel art. And, this is very much different from Chinese chess. So, to get a feel of what hanjie is all about, here’s the Easybrain nonogram.com Hanjie mobile application that’ll give you a live experience of the puzzle.

Try it out and let us know in the comments below how you liked it!