Indian entrepreneur Ajay Harinath Singh has set up a charity in the London area that aims to feed students and other people with limited income. Ajay Harinath Sing’s food services in London serves over 1000 vegetarian meals in Universities and homeless shelters in Southeast and West London. 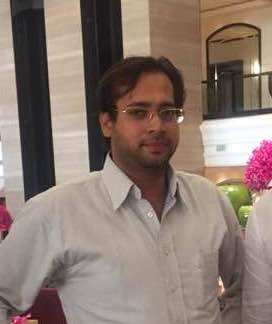 In Russell Square in North London, around 80 homeless and some students queue up for a warm meal that includes vegetable stew and rice served in paper plates. “In this cold awful weather, this is a brilliant thing to have,” says John Villa, 51, one of the people in the queue.

Nobody in the group knows that their meal is being funded by an Indian charity. For the last 3 years, Ajay Harinath Singh’s foundation has raised funds within the UK and Europe to serve over a million meals for schoolchildren in India. However, the Indian charity is currently focusing its attention to the neediest population in Britain.

Singh’s charity opened the its first headquarters in London and started serving over 3000 healthy vegetarian meals per day for free to the homeless and students. The charity also plans to expand to schoolchildren, as well as elderly people in need in selected areas. It is estimated that over 300,000 children attend school hungry in the UK, many of which live in London.

Ajay Harinath Singh’s charity has opened a kitchen near the Holborn area in North London, where members of the charity cook a selection of healthy meals that includes pasta, rice, vegetable stews and porridge.

The charity cooks and distributes the meals in vehicles across the selected London areas for homeless people and University students (mainly SOAS – School of Oriental and African Studies) and London School of Economics. Recipes are aimed to be suited to local palates, offering protein-balanced foods with no additives.

The charity project started as a pilot offering meals to numerous schoolchildren in South London.  “There are currently families of five that sustain themselves with £90 a month and are not able to feed their children. It should be the council’s responsibility, but there simply isn’t enough funding for this,” says Singh.

The first feeding stop is in Holborn. Amongst those waiting is Rob Lippok, a retired writer who lives from a pension of £140 a week. “After paying bills and other expenses, there’s little money left for food,” Lippok says. Then we head over to City University, where there is already a long queue of students waiting. Ania Witczack, a Polish student says “I’m on a low budget, so this is great for me. The food is really good and healthy, much better than what is served at the University’s cafeteria; and it’s free”.