HomeTechnology5 Things You Might Not Know About Telescopes
Technology

Getting a telescope these days can be overwhelming, to say the least. The broad array of models that are out there can leave you feeling just a little bit confused, especially if you haven’t learned anything about these optical instruments before, you don’t know how to use one, or you’re only looking to get one as a gift for someone else. To ensure that you are able to make the right decision, we suggest going through some telescope reviews.

If you want to use a terrestrial or celestial telescope and would appreciate finding out some things about these devices before you go out and purchase one, you’re in the right place. We have compiled a list of interesting facts about them. 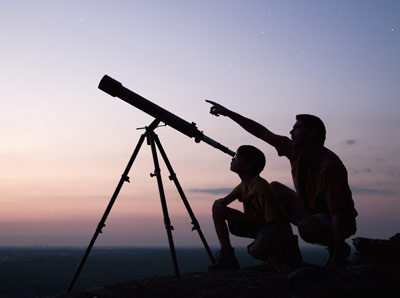 The problem with some models is that they can cost a fortune. Sure, they are capable of outstanding performance, but their price point might be restrictive. These options have been designed for astronomers who want to invest in quality equipment. Since some models can be as expensive as two thousand dollars or more, it’s a good idea to understand whether such an expense is reasonable or not. For most hobbyists, it is not.

Most models can roughly be split up into three categories; refractors, reflectors, and catadioptric telescopes. To provide the image, the first use the lenses, the second use a system of mirrors, and the third use both.

The word comes from the Greek ‘tele,’ which means far. Skopein is another Greek word that means ‘to see.’ The denomination of the telescope was created by a Greek mathematician who used it for one of Galileo Galilei’s instruments.

Word has it that the telescope was invented at the beginning of the 17th century by a Dutchman. However, there are various legends according to which some children were behind the invention as they played with a set of lenses in a spectacle maker’s shop. Regardless, the device became extremely popular with Dutch merchants, who used it for terrestrial viewing at the time as they needed to keep tabs on trade ships to know when they had to act fast to beat out their competitors.

Believe it or not, nobody came with the brilliant idea of looking at the sky through a telescope before Galileo. This led to the craters of the moon being discovered, as well as Jupiter’s satellites.