“Survival of the fittest” is a concept that was first brought forth by Charles Darwin’s views on evolution. According to it, it’s not the strongest that survives but the one that’s more responsive to change. This concept can be applied not only to animals and plants but for humans and businesses as well. And change is something we’ve seen a lot of in the last couple of decades. The internet and the smartphone have had a massive impact on our world. They changed the way we keep up with the news, the way we shop, the way we keep ourselves entertained, and the way we keep in touch. At the same time, it has changed the way some companies reach out to us, their customers, offering their services that have adapted to the modern times. And this is often frowned upon by the owners of traditional services that can sometimes be too slow to adapt. Like in the case of the services below. 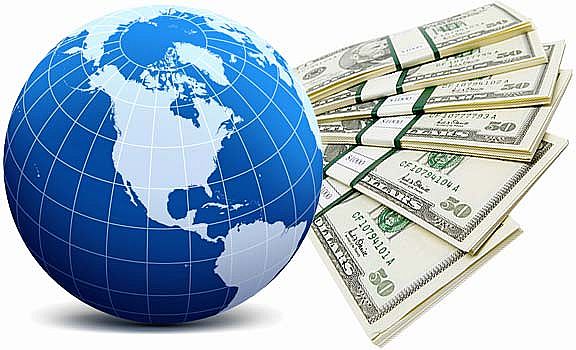 Online casinos have emerged over two decades ago, presenting an alternative to land-based gambling for anyone with an internet connection. Over the years, online gambling venues like All Jackpots casino have spread to all corners of the globe where they are welcome. And what they offer is exactly what their players want: a quick, convenient, and casual way to play casino games. But as you might expect, the land-based casino business has a great deal against online casinos like the All Jackpots. Especially in the US.

In 2011, the US Department of Justice has ruled that the American Wire Act, a law that prohibits the transmission of betting information via telecommunication lines, only refers to sports betting and doesn’t cover online poker and casino games. This gave states the right to regulate or ban these as they see fit – and was perceived as a threat by the land-based casino business. Especially Las Vegas Sands chairman Sheldon Adelson, a longtime outspoken opponent of online gambling. For years, the magnate was the driving force behind groups and activists that demanded a federal ban on online gambling. The law that he helped put together – one that would’ve banned states from regulating their own online gambling market – has failed to be pushed through repeatedly. This probably won’t stop him from trying again.

Hotels and similar lodging options have been a source of a lot of stress for the traveler for years – that until an alternative appeared. Airbnb, one of the first, was launched in August 2008 – today it lists over 3 million lodging options in over 190 countries of the world. And, as you might expect, this is not very well received by its direct competition, the hotel industry.

A recent article published by the New York Times cites the Hotel and Lodging Association’s plan to thwart the service – by pushing it on the brink of legality. The hotel industry takes Airbnb as a threat – and rightly so, as it is a viable alternative to hotel rooms.

Uber, once again, has come up with an alternative service to traditional cabs. Drivers can register in their system, accept fares, and make an extra buck while not needing any licenses to be in this line of work – what’s not to like? Besides, Uber cars are often cleaner and more attractive as traditional cabs, which made this service a success with the public, too.

But taxi companies all over the world are protesting against Uber. They claim that the service performs services that are identical to theirs yet it doesn’t fall under the same legal restrictions as taxies. And, of course, that it’s not taxed the same way. Massive protests have been held against the ride-sharing service all over the world, demanding its regulation like a traditional taxi service – or its banning as a whole.