The growth of the software testing industry has constantly been rising along with the increase in demand for faster software delivery. Today, we have many complex systems, dev tools, web services, automated work processes, etc., to test modern applications. 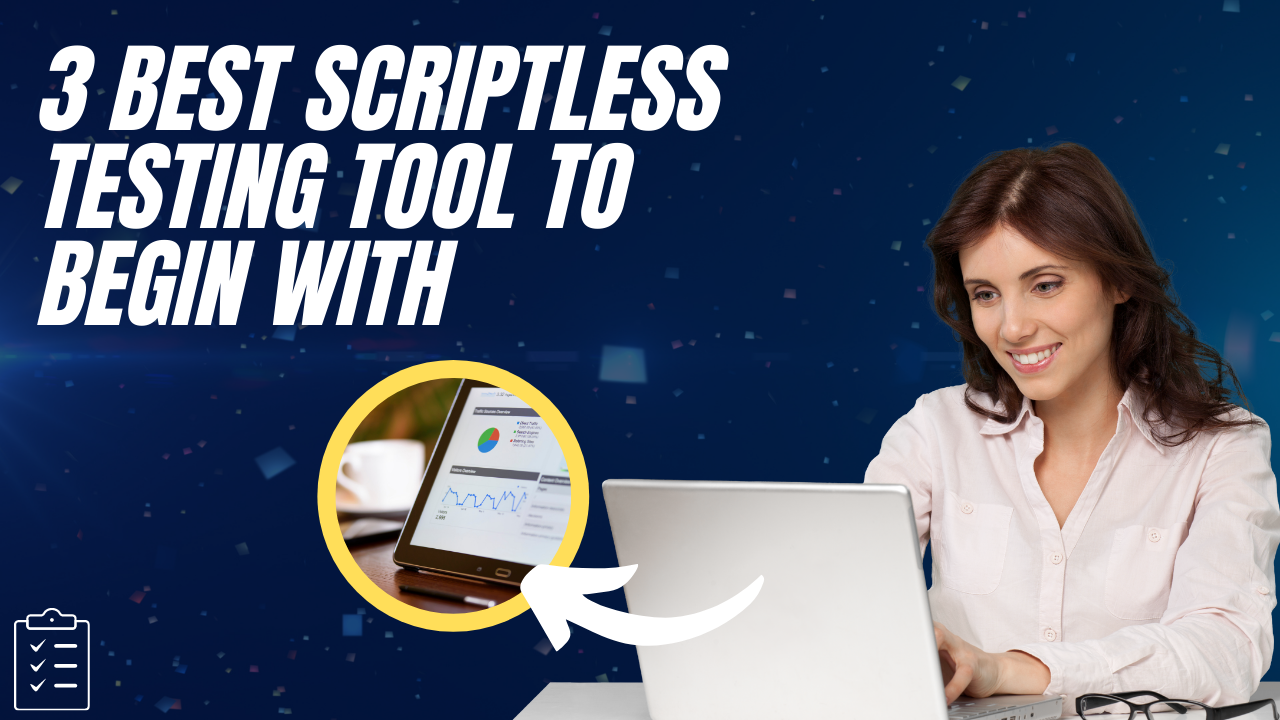 According to World Quality Report, 2020-2021, Not having advanced programming skills and ability is viewed as one of the basic difficulties when using automated testing for collaborative projects. Thus, we could state that integrating scriptless testing tools can be a promising solution to this challenge.

What is Scriptless Testing?

Scriptless Automated testing is used because writing automated scripts could be challenging for QA engineers. The code expected to be written in each appropriate programming language is a time and resource-consuming process. You can limit the testing time over repetitive test cases with scriptless testing.

Here are our top three picks for the best scriptless testing tools out of which you can choose the right one for yourself;

TestGrid is an AI-Powered Scriptless Test Automation tool that checks all the boxes for an ideal scriptless testing tool. TestGrid can automate web, mainframes, desktops, and different applications with the least time and effort, accelerating the testing cycle.

TestGrid draws special consideration to testing and Agile teams with its Natural English Coding and Self-Healing abilities. TestGrid can be integrated with famous and existing DevOps and Quality toolchains to give a unified view of the total Quality Engineering lifecycle.

To guarantee a genuine scriptless experience for business clients and domain professionals, TestGrid comes with a basic and easy-to-use UI. With features like Natural Language Programming, Open Source Alignment, and Extendible and Automated Test Generation, TestGrid is a popular choice among companies.

TestGrid resolves the two most common testing difficulties-slow, code writing and unstable testing, in view of faster deliveries, changes in UI, and different factors. Some unique features of TestGrid’s scriptless testing tool are as follows;

Katalon accompanies an accessible interface for test specialists and business clients. QA engineers can import external test libraries to the system and permit the tool to perform the execution, avoiding building a whole testing framework from scratch.

Rather than building a complete testing framework from scratch, you can skip this time-consuming step and have Katalon Studio create an automated scriptless system. However, there are some limitations to using Katalon Studio, such as;

Perfecto’s self-healing attribute permits test scripts to run without any maintenance or monitoring persistently required. Its cloud-based arrangements are created to guarantee that they will function regardless of market issues, such as another iOS or Android version update, a new browser, or a smartphone launch.

Although Perfecto offers a bunch of unique features, there are some cons of using Perfecto’s scriptless testing tools that are as follows;

Integrating scriptless testing tools can be a decent solution for the development teams finding it hard to automate tests. It offers many benefits over conventional test automation techniques. While applications are becoming more complex, you might require such tools to keep up the delivery pace.

Choosing the right scriptless testing tool can be a complicated process, but it depends on your requirements. Apart from that, you must also consider the pros and cons of the tools you are choosing.

We suggest you pick TestGrid, the all-in-one automated testing solution with AI capabilities and industry-level features, as your first scriptless testing tool.