10 Ways VR Could Change Our Lives

It’s official: virtual reality is the next great technological innovation. That said, there’s also a profoundly human element to the way we use this technology, and the reasons we improve it. VR isn’t much use to us if we can’t use it to augment and impact our daily lives in a way that makes the tech worthwhile. Here are 10 ways VR could change our lives. 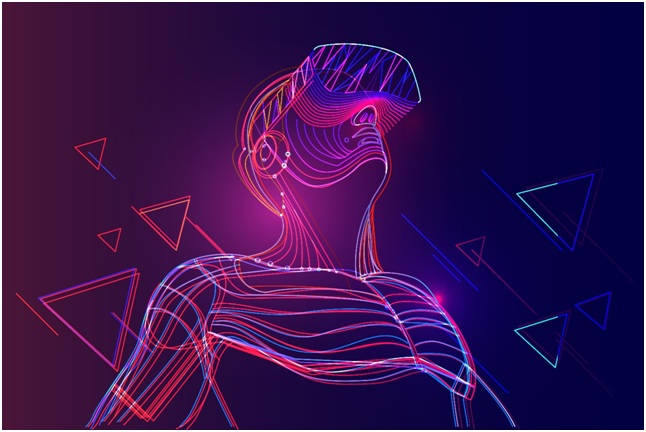 Imagine being able to experience the news as it happens. Imagine a news portal physically placing you within the action, whether it’s a tense election or a gunfight. News could become significantly more immersive with the addition of VR tech. Obviously, this is something that would need to be handled carefully, as there are potential emotional and psychological pitfalls for those involved. Still, immersive news could be great. Imagine, instead of reading your horoscope, that you could physically transport yourself into space and watch as the planets tell you what your day has in store for you.

The possibilities of VR when it comes to movies are endless. Why simply watch your favourite superheroes do battle with evildoers when you could be there alongside them? The immense, immersive worlds filmmakers create using computer graphics and practical effects could be enhanced tenfold if we apply VR to them. It’s not just exciting action movies, though; VR could also help us understand the plight of physically or mentally impaired characters by placing us within their world, helping us to comprehend and sympathise with their mindset.

For many people, the ability to experience many things around the world is limited thanks to a physical impairment that means they either can’t leave their house or can only do so with great difficulty. We could use VR to help those people experience incredible things like rollercoaster rides, beautiful natural locations, or even the wonders of space. VR could lead us into a new age whereby physical disabilities are only a limitation for select things, and virtual reality tech can be used to augment disabled people’s lives and help them live happily.

It would be so much easier to teach pilots the tools of their trade using VR. There are already incredibly advanced flight simulators that do this, but virtual reality could make a wider range of situations available for training. Similarly, we could train emergency services personnel using VR. Police, firefighters, paramedics…all of these people could benefit enormously from a VR environment in which to learn the extreme dangers and challenges of their job. If you’ve already experienced a hostile person as a police officer or a roaring blaze as a firefighter in VR, then you’ll be better equipped when the real thing rolls around.

Trainee surgeons would benefit enormously from non-physical patients on which to practice their skills. It’s possible to simulate a wide variety of problems that simply aren’t as easy to implement on practical dummies and fake patients. As such, surgeons could improve significantly simply by using VR to help them diagnose and treat problems. In the long run, it’s also possible to imagine VR (or, more accurately, augmented reality) being used to actually help in live surgery, helping surgeons to pinpoint problem areas and treat them with greater efficiency.

From work straight to entertainment. We’re already starting to see the impact of VR on gaming, but the potential applications here are almost limitless. In many ways, gaming VR functions identically to the way we might want movies in VR to operate. Gaming should be an immersive discipline, so VR can only help people to get more invested in the worlds their characters inhabit. Right now, VR in the gaming industry is in its nascent stages, but we’re going to start seeing some incredible applications of the tech with new consoles and new gaming platforms.

One of the most obvious ways in which VR could change our lives is in our ability to use it to train the military. Virtual reality could assist in a wide range of situations, from hostage negotiation to bomb defusal to a straight firefight. In this way, military personnel could use VR to help them navigate the difficult and dangerous world of their profession. We’re already starting to see the effects of VR on military training, and as the tech improves it’s only going to be implemented more thoroughly.

Many people have tried to create virtual hangout spaces in the past to varying degrees of success. Second Life, PlayStation Home, and Habbo Hotel are all essentially examples of virtual chatrooms throughout recent history, and some of them have endured better than others. With VR in the mix, though, it’s not hard to imagine how virtual hangout spaces which people feel like they physically inhabit could be created. Indeed, platforms like VRChat are already trying to do things like this. Expect social media to become more sophisticated as a result of VR improving.

Right now, the ability to go into space is something of a pipe dream for most of us. Commercial space flight is extraordinarily expensive, limiting the clientele to only the most moneyed. If VR got involved, though, we could easily open up space exploration to all and sundry. People could get first-hand looks at what it’s like to inhabit the International Space Station, and – if the tech evolves sufficiently – we could even create VR feeds of things like the Curiosity Rover, giving people a real glimpse of what it’s like on Mars.

How much easier would it be if you could physically see a 3D representation of a product before you bought it? VR will intrinsically alter the experience of shopping once it’s advanced enough to do so. There will, of course, still be pitfalls, and many of the same problems that currently plague online shopping will also plague VR shopping. Still, it’s an undeniably cool idea to be able to visit shops in virtual reality. You could try on clothes, see new accessories before you buy them, and check out gifts for loved ones, all without leaving your home once.