We’ve all had that dream that we were a contestant on our favourite TV gameshow – whether it involves a quiz, is a game of chance or involves an assault course, of some kind. We’ve all also dreamt that we’ve gone on to be the winner and the lucky recipient of a big fat cheque, a new luxurious car or our dream holiday. But what if that dream never came true and you’re sat at home, left pondering what could have been? 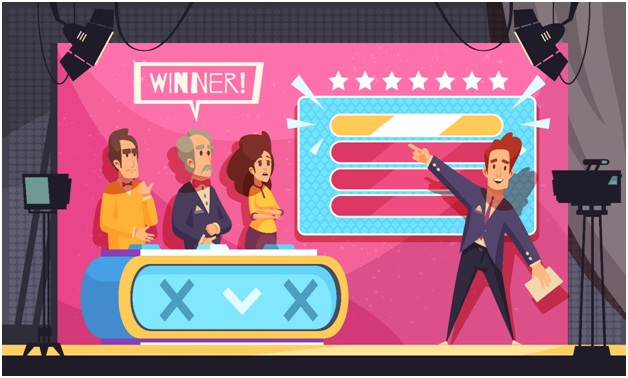 Not to worry. Online casinos offer the chance to be a part of your favourite gameshow and win some extra cash at the same time – all from the comfort of your living room.Whether it’s the Deal or No Deal game at Paddy Power, a retro classic like The Price is Right or better still, Golden Balls, gameshows lend themselves perfectly to online games. And here, we will take a look at why.

First of all, there’s that level of familiarity that’s appealing. Players can immerse themselves in the set of their favourite show – if you always wanted to enter the ‘Dream Factory’ and see if you could ‘spank the banker’, well now’s your chance. Then there’s all the elements and symbols of the games that are familiar too. And not to mention the side games which bear relevance to their original gameshow.

Let’s take Deal or No Deal as an example again. The online game follows exactly the same premise as the TV show. Players are required to select their box and play out their game, their own way. Every so often, the telephone will ring and the banker will make his offer, throwing up that famous dilemma: Deal or No Deal. But away from the original online game, there are also themed versions of Slots, Bingo, Scratch Cards and more – all of which have the suitcase opening as their bonus feature. So, you could be spinning the reels, land the symbols just right and get transported to the studio to take on the banker in your very own game.

Then there’s that level of nostalgia, particularly associated with the games that are no longer on TV. It might feel as though the moment or dream to appear on a gameshow of that kind has gone, but in a slightly different way, it can become a reality. Whether it’s a gameshow from a bygone era, like Bullseye or something like Million Pound Drop, which is a lot more recent but sadly, no longer on our screens, you’re able to still experience the same emotions as you would on TV. Nerves, suspense, excitement and anticipation – all through your mobile or tablet screen.

And finally, let’s be honest, we are obsessed with TV gameshows. We watch on at home and laugh at the contestants and say we could do a better job. We critique every wrong answer or move, and like we’ve mentioned, dream we could go on and show those novices how it’s done. We love to be entertained, and gameshows certainly provide that in spades. What better way to channel that love than in the form of an online game? The transition of gameshow to online game is a relatively seamless one and given they are so popular, it makes sense. After all, the most popular themes of Slots games are those ones we have an association or affinity with – whether it’s film and TV, or the nostalgic feels that classic/retro Slots provide.