What Is Systematic Withdrawal Plan?

Systematic Withdrawal Plans have now gaining popularity in the field of the Mutual Funds. With the volume of Systematic Investment Plans (SIPs) gearing up, people have started to trust the safe method of mutual fund investments. 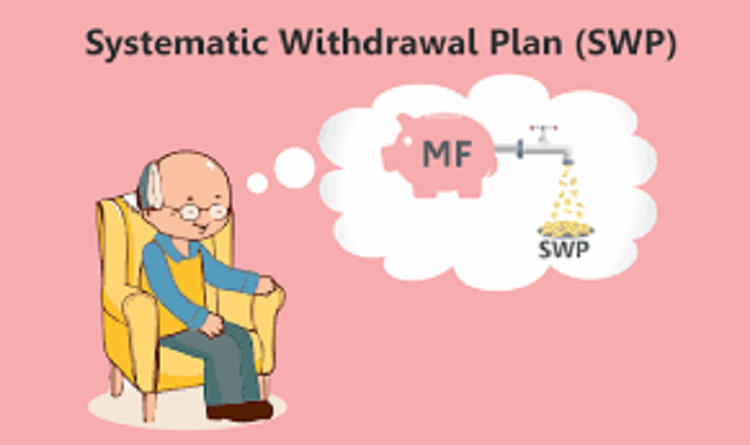 What if there was a way we could pull our funds in a way exactly opposite of SIPs?

In this scheme, the mutual fund allows you to withdraw a fixed amount of money periodically from your investment and the rest remains invested. Thus, the withdrawal is not at one go but in a series of small, fixed amounts. This method is called a Systematic Withdrawal Plan (SWP).

In Systematic Withdrawal Plan, we have the liberty either to withdraw our capital gains from the fund or a fixed amount that we desire. After the amount withdrawal, the remaining part of our funds still remain invested in the same mutual fund. Thus, SWPs act as a regular source of income keeping some part always invested.

Let’s understand this through an example.

If a person has invested in a mutual fund scheme ABC and the person owns 500 units of this scheme. Under SWP the person can decide a fixed sum of money to be periodically withdrawn. Say this amount is Rs. 1000 per month and current NAV (Net Asset Value) of the fund is R.20 per unit. Thus, each month Rs 1000 worth of unit would be deducted from the total owned units. For the current month, 1000/20 = 50 units would be deducted from the fund and the remaining invested units would be 450 units.

If the NAV climbs to Rs. 25 per unit, the unit deducted would be 1000/ 25 = 40 units, leaving the 410 units invested in the fund. It is to be noted that Rs. 1000 would be credited towards the investor’s savings account monthly on the subscription of SWP scheme.

As mentioned earlier the amount to be withdrawn either can be a fixed amount or a part of capital gain we have received over the time. We can either opt to receive this amount on a monthly basis or even on a quarterly basis.

SWP redemptions are subject to tax implications. These taxes are mainly comprised of capital gain tax our underlying mutual fund has earned. The amount we withdraw is accordingly taxed.

SWPs allow redeeming parts of our fund, while the other parts still remain invested in the fund. This continuous periodical outflow of funds helps us in the following ways:

a) Cover from Market fluctuation

As mentioned in the earlier example, a person having 500 units in ABC mutual fund, the units redeemed are subject to NAVs. If the NAV is higher, generally when the market shows positive uptrend of bullish nature, lesser units are redeemed. On the other hand, if the market is bearish and NAVs are on the lower side, more number of mutual fund units are redeemed.

b) Source of alternate cash flows

SWPs can act as a source of alternate cash flow without Tax Deductible at Source (TDS). Thus, it is not subject to double taxation of TDS as well as capital gain tax.

SWPs allow withdrawing only the appreciation on our mutual fund investment. This keeps our capital still invested while we get our appreciation amount in a phased cash flow income.

Nowadays, most of the fund houses provide SWP calculators where we can plan and simulate our withdrawal to suit our best needs.

The input on these calculators are: the investment amount we had made, the duration of the investment, our SWP amount and whether the withdrawal has to be monthly or quarterly. Also, SWP start and end dates are to be mentioned.

The calculator shows a schedule of our investments, the net value of the fund post withdrawal of SWPs and the net redeemable units of the fund. This information helps us to plan our SWPs, so that we can time the withdrawal to meet our financial goals and maximize our investment returns.

Mutual funds changed the way we save, first through SIPs and now through SWPs. While SIPs are a convenient and systematic manner of investing, SWPs ensure you get sustainable returns without using up all your wealth. It allows you to dip into your investment without exhausting it. Look at it as having a piece of pie every regularly than finishing it up at once. It is no surprise that SWPs are gaining popularity over other schemes such as Pension Funds.