HomeSports/GamesWhat is French Roulette? How is it different from other Roulette variants?
Sports/Games

If you’re new to French Roulette, you need to understand the game properly before playing it. Not just that, but you also need to know how it varies from the other variants to gain profit at the table. 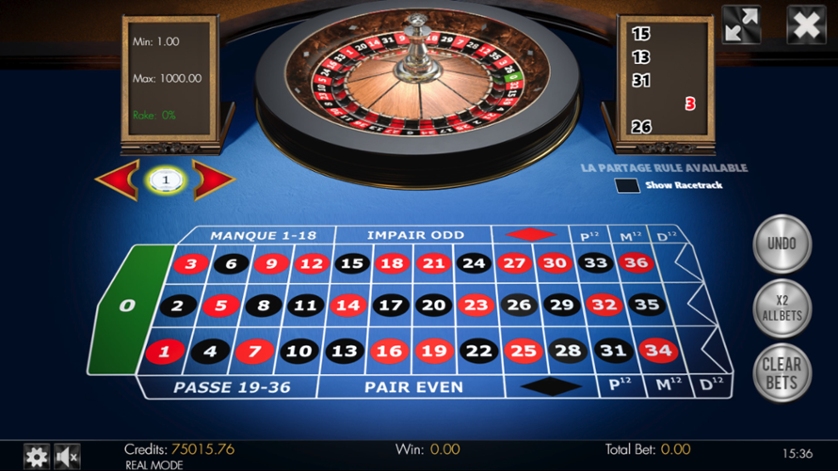 Here, we have mentioned all the necessary points that you should know before you start playing French Roulette.

French Roulette is quite identical to the European Roulette in terms of the numbers, the wheel, and the betting options.

However, it features two important rules not included in the European variant. The first rule is “la partage.” It allows you to keep half of the bet upon losing an outside bet. It only works when the ball lands on zero.

The second one is the “en prison” rule that gives you a chance to win back the money you put on an outside bet when the ball lands in the ‘zero’ pocket. So, if you win in the next spin, you get to keep the money. Otherwise, it goes to the house.

The online roulette wheel layout of this variant is also quite different. The number grid is placed horizontally across the table with outside bets on both sides. High, Even, and Black are on the top side, and Low, Odd, and Red are at the bottom.

What differentiates other Roulette variants from the French Roulette?

If you look at the European Roulette Table, you’ll see how neatly it is presented. You have the number grid laid out horizontally across the table and the outside bets placed below it in two rows. The top row consists of three Dozen bets, and the bottom one has the other bets placed in the following manner- Low, Even, Red, Black, Odd, High. If you look closely, you’ll also find the column bets located on the right-hand side of the grid.

The American Roulette is a lot different from the other variants. For starters, there is an additional pocket for the double zero, making the total numbers on the wheel equal to 38. Not just that, but the numbers are also positioned in a very different manner, bringing a significant change to the game.

All this doubles the house edge to 5.26%, pushing it in casino’s favor. It happens because the payoff ratios stay the same despite an extra pocket. Also, some casinos allow ‘surrendering’ while playing American Roulette, which is technically similar to the ‘la partage’ rule in the French variant. Here, you can keep half of your bet on losing an outside bet if the ball lands on zero.

Also, the number grid in this variant is laid out vertically. You’ll find the zero and the double zero bets on the left-hand side of the grid and the outside bets below the grid in two rows.

Now that you know what French Roulette is and how it varies from other forms, you can check whether it interests you or not. If it does, then you can learn more about it at https://www.onlineroulette247.in/french-roulette/.