HomeTechnologyWhat is A Lie Detector Test, And How Does It Work?
Technology

What is A Lie Detector Test, And How Does It Work?

You see these ominous machines on TV crime drama and police movies. Its nature? To determine whether the person under investigation is telling the truth or lying through his teeth.

A lie detector, otherwise known as a polygraph, appears to be a total mystery. It’s fascinating how a cold, unfeeling machine can seemingly delve deep within a human’s psyche and read a person’s innermost thoughts!

But like many other mysteries, everything is grounded in science. Let’s take a close look at the lie detector equipment and see what makes it tick.

A lie detector test makes use of a polygraph, which is a machine that collects multiple signals from sensors that are attached to an individual. The readings are then continuously recorded in paper or a PC screen.

There are 4-6 sensors that are attached to the individual, and each sensor plays a vital role in determining whether that person is telling the truth or lying: 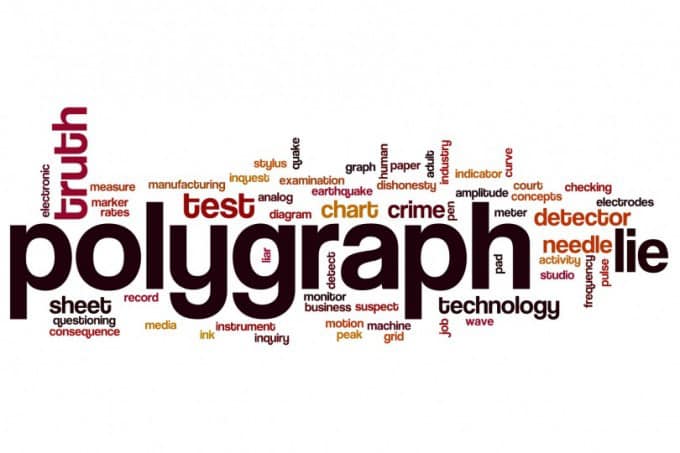 The Pneumograph– This sensor primarily measures the subjected person’s minute movements and respiration. There are 2 elastic tubes that are wrapped around the subject’s upper torso and abdomen. The tubes are filled with air before the lie detector test starts. Depending on how the subject takes breaths of air during the questioning, the tubes may be dislodged and uprooted, thereby releasing the air contained within.

The Blood Pressure Cuff– Otherwise known as the cardiosphygmograph. This sensor measures the subject’s blood pressure and heart rate. The cuff is attached to the highest point in the subject’s arm; it’s quite similar to what doctors and nurses use in healing centers or while in surgery. The cuff is sensitive enough to hear the rush of heartbeats.

The Electrodermal Activity Sensor– A person unconsciously sweats as a physical reaction to telling a lie. The EDA sensor is attached to the most permeable part of the body, which are the fingertips. All the sweat activity is measured via a galvanic skin response sensor that’s attached to 2 of the subject’s fingers, usually the ring and index.

The Plethysmograph– This sensor is attached to the subject’s thumb to measure blood density in the extremities.

How Are The Results Deciphered?

Our bodies send out certain signals when we lie. Some of these responses are involuntary, which means we don’t have control over it. The lie detector test was made to detect all these involuntary signals and put it down on paper.

It all starts when the investigator starts asking questions. It’s somewhat like an interview at first, with the subject being asked his or her name. These will become the norm where the rest of the questions will be compared against.

Then, the examiner will start to ask the real questions- things such as “did you steal the money hidden in the drawer?”, or “where were you on the night of the 13th?”. The polygraph will record an unusual spike in the activity from the sensors if the subject starts sweating and lying. If the subject is telling the truth, then the readings will go on as if nothing happened. The subject’s responses to the questions will be invariably marked on the graph screen.

A lie detector test needs a reliable examiner to have a greater chance of success. In short, the examiner must be trained to see the subtle changes and read the subject’s face during the questioning process. This is where the human touch cannot be replicated by a mere machine. More importantly, an inspector must be bound at all times by a strict moral code and should never be judgmental.

Does A Lie Detector Really Work?

A lie detector is a remarkable instrument in the search for truth, but it’s not 100 percent accurate. There are too many factors in play- the examiner’s subjectiveness, the machine’s interpretation and the simple fact that people have different ways and reactions when they lie.

If there’s one thing a polygraph is good at, it’s measuring the different physiological reactions of the subject under questioning. The pen corresponds to each sensor fitted on the subject- if the individual is sweating profusely, has an elevated heart rate or is breathing heavily, then it will go wildly up and down in a long graph of paper.

It’s perfectly understandable that subjects may be under great stress and anxiety while taking the lie detector test, but there will be greater reactions recorded on paper which give away the signal that they are lying.