HomeTechnologyWhat Do I Need To Build a Home Recording Studio on a...
Technology

Is not it difficult to set up a home recording studio especially when you are on a budget? Is not it months of study, planning, and preparation? Most people believe this, but the truth is that getting started is a lot easier than you would imagine. Because all you actually need are a few basic items like a microphone boom arm for blue yeti. This article will tell you exactly how and what things you will need to build a home recording studio on a budget. 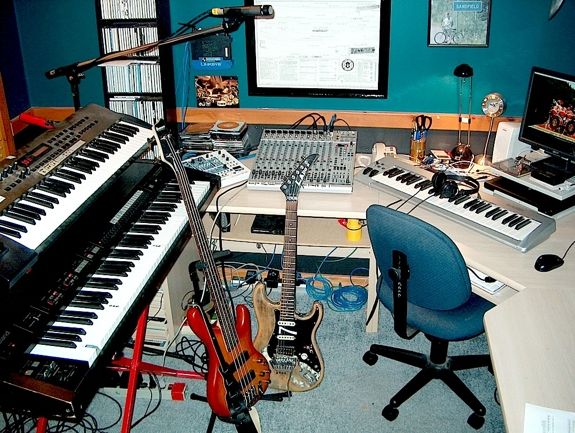 Your personal computer will manage the recording process. You won’t be able to record using a tablet or smartphone; instead, you’ll need a PC with all of its functions.

The majority of houses aren’t designed to accommodate home recording. They lack the high ceilings and diverse surfaces of a professional recording studio. You’ll want to go somewhere that sounds “dead” and doesn’t have any unpleasant echoes. You can always add digital reverb to a recording, but it’s far more difficult to get rid of unwanted live reverb.

A digital audio interface, often known as a digital audio converter or DAC, is used to convert analogue signals into digital data that your computer can interpret.

A digital audio workstation, or DAW, is the software that allows you to record on your computer. Popular brands include Pro Tools, Logic Pro X, Cubase, Digital Performer, and Reason. The most of them can be used on either a Mac or a PC, while Logic is exclusively accessible on the Mac. Free programmes include GarageBand (Mac only), Sonar Cakewalk (Windows only), and Audacity.

You’ll need strong microphone stands, pop filters (to reduce plosives in voices), and balanced XLR cables to connect the mics to your recording source, in addition to the microphones themselves.

Even if you have the best microphones and preamps, without the right studio headphones and monitors, you won’t be able to assess the sound quality of your work.

A preamplifier, sometimes known as a preamp, is an essential yet undervalued piece of studio hardware. Because it lies between a microphone and a digital audio converter, it adds warmth and character to the sound. Most studio engineers consider it essential for recording vocalists and instruments alike. Some microphones do not sound alive until they’re linked to a preamp, at which point they come alive.