Home Finance What Do I Do After A Traffic Accident?
Finance

What Do I Do After A Traffic Accident? 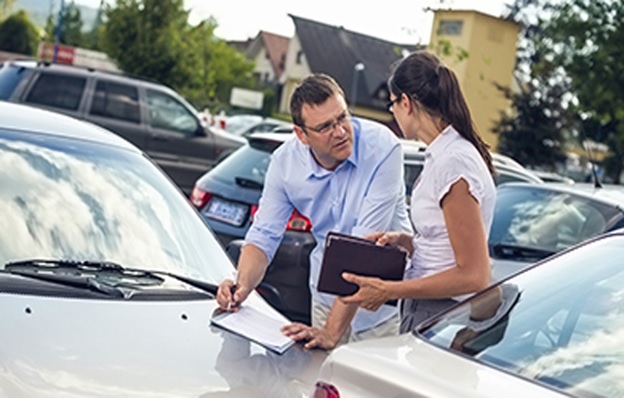 If ever someone was injured or killed, then you need to call the ambulance and the police. Of course, there are more things to know about what to do after traffic accidents. While it’s best to prevent it as much as possible, sometimes things happen and it’s best to be prepared beforehand.

With that said, read on to find out what to do.

What to Do After a Traffic Accident

You might be surprised that there are various things to learn about when it comes to traffic accidents. Here are the steps to follow:

1. Leaving the Scene of the Traffic Accident

If you have been involved in a traffic accident, you need to stop and give your details to the other person who was involved. If the vehicle was unoccupied, leave your details. If there was any damage to the vehicles or people involved, report it to the police.

For accidents with injured persons, remain at the scene of the accident and help until the authorities arrive, which are the ambulance and police. Do this unless you’re receiving medical help for yourself or others involved.

For those who left the scene of an accident and were charged for it, you’ll need to seek legal advice.

2. Report the Accident to the Police

Car accidents need to be reported to the police in case there was any damage to vehicles, properties, or if anyone has been injured or died. When the police come to the scene of the accident, they may test the drivers involved in alcohol and/or drugs, as well as ask you questions about the incident and how it happened.

3. Talking to the Police

Note that it is a criminal offense if you do not give the information to the police or give false information on it.

4. About Insurance and Car Accidents

Your insurance policy will look into what you’re covered for and if you’ve any dispute with the insurance company, then you’ll need legal advice.

5. What If Someone Made a Claim Against You?

If you are insured, pass this on to the insurer. However, if you aren’t insured, you’ll need to seek legal advice to see if you are fully or partially responsible for the traffic accident.

You can ask for evidence for the amount of damage that’s being claimed against you. Once you collected all the information, it’s time to negotiate with the other person or their insurer.

6. How to Make a Claim Against Someone Else

If someone else was liable for the traffic accident, then you can make a claim against them for damage to your property or vehicle. If the vehicle can be repaired, get a written quote from the repairers for both labor and parts it took to repair the vehicle. It ever it can’t be repaired, you’ll need to consult experts for your car’s pre-accident value.

You will need to send a letter of demand, including the copies of quotations, to the driver and their insurer requesting for payment.

If ever you witnessed a traffic accident or were involved in one, it’s important to think on your feet and know what to do to ensure that you and everyone else around the scene is safe. You can think of getting traffic lawyers and compensation later on (if required), but the moment after accidents will require you to help out, whether yourself or those around you.

I hope that this guide on what to do after a traffic accident informed you so you can stay prepared. Think ahead and keep these tips in mind just in case!

If you have questions or want to share your insights on traffic accidents, share them in the comments section below. All of your thoughts and stories are much appreciated.

Six Benefits of Getting a Car Finance

Some people argue out that you should go for what you can afford. It is not always the case especially in situations you urgently...
Read more
Finance

Ethereum can be safely called the most ambitious Bitcoin successor.  He was an attempt to create a decentralized financial system in which the rules...
Read more
Finance

Forex Fury- The Future of Trading

Forex market is the largest and most widely traded market in the world. Defeating the stock market, it has a daily trade volume of...
Read more

Why Use A Sale Forecasting Software?

Your Legal Options if You Buy a Lemon

How Much Does It Cost to Hire a Bankruptcy Lawyer?

How Can a Lawyer Strengthen Your Case After a Car Accident?

4 Reasons to Use a Private Criminal Defense Lawyer

How to Prepare for Exams Properly

How to Choose the Right University? 10 Best Tips

5 Reasons Why Do We Have to Write Essays