What can 3D Printing Do? 5 Examples

3D printing, also known as additive manufacturing, can create a 3D printed image from a digital file by building up materials layer by layer. Many creatives have tried to push their 3D printing machines’ limits to see what they could create, and it’s impressive what a bit of coding, raw materials, and imagination can make. Here are a few of our favorites. 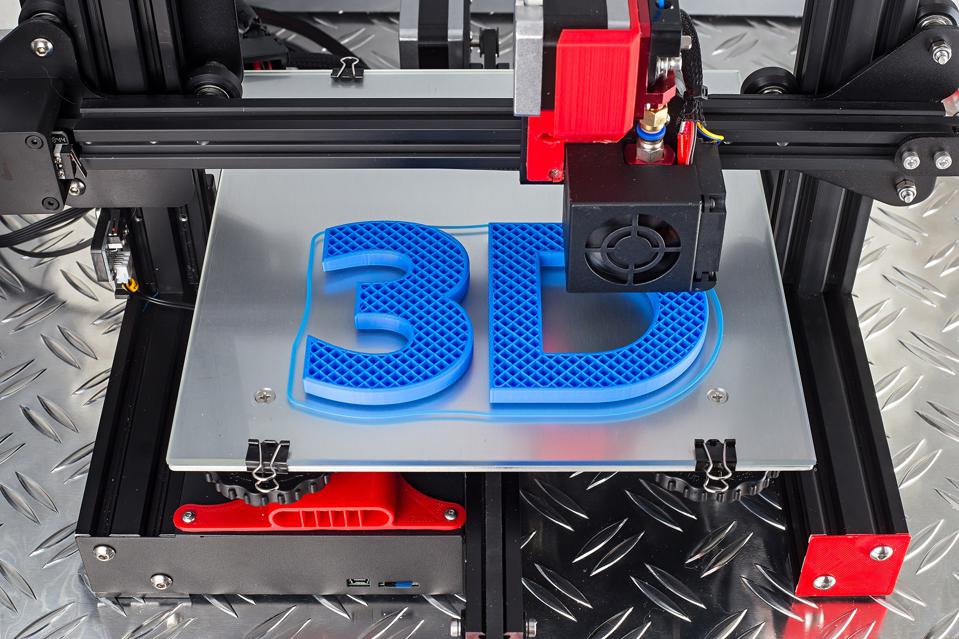 3D printing produces an image in our heads as being a printer that uses plastics to create tiny toys and figurines, but that doesn’t even scratch the surface of what it can create. Ukrainian architect Dinara Kasko creates 3D printed models for cakes to make yummy geometric baking you can actually eat! Another foodie named Natural Machines created a 3D food printer that makes bean burgers, pizza, and other edible ingredients straight from the printer – without molds! Maybe in the future, we won’t need to cook our meals.

To get to the bottom of what 3D printing is, you just have to take a look at the ways architects use them. Russian startup Apis Cor created a 3D print of a small house in 24 hours and saved almost 50 percent in construction costs. Their large 3D printer built up walls using a mixture of concrete materials, which they then installed with a pre-bought roof and windows. Apris Cors 3D printers are mobile and can be taken to the site they are building on, so the transportation cost on materials can be as low as possible.

If printing a house sounds impossible, then printing a kayak or boat doesn’t seem so out of reach. The 3Dirigo, the Guinness World Record holder for the largest boat ever printed, was created by The University of Maine in 2019. It weighed a total of 2.5 tons and extended to about 25-feet. The 3D printer they used was capable of making objects 22 feet wide and 100 feet tall.

Another sea lover, Jim Smith of Grass Roots Engineering, printed a full-size kayak with a small home printer. It took him 42 days and functions just like a regular handmade wood kayak. It cost 500 dollars to make, which is much more than the cost of a typical kayak. Although 3D printing may work for homes, perhaps 3D boats aren’t as cost-effective as of now.

In a process called bioprinting, many universities and institutes have created actual working muscles, ears, bones, and ovaries from human or animal skin. In initial testings done by the Wake Forest Institute for Regenerative Medicine, doctors grafted printed tissues on rates that survived and could use their new limbs or parts successfully.

At the Northern University Feinberg School of Medicine in Chicago, researchers were also able to recreate ovaries that were implanted within a baby mouse. The implant was successful, and the rat went on to have multiple littles of babies. Both institutes could revolutionize the medical industry and reduce wait times for organ transplants altogether.

Printing a musical instrument seems complicated, especially for woodwind and string instruments because they require specific tiny parts to complete their inner-workings. However, many institutes have successfully created banjos, flutes, and violins out of 3D printing materials. You can also develop mouthpieces and other musical parts. In Sweden, Lund University used this technology to 3D-print multiple instruments (keyboard, drums, and two guitars) to put on the first live concert with printed instruments.