HomeBusinessRéparation d'Ordinateur: What To Do Before Replacing Your Computer
Business

Réparation d’Ordinateur: What To Do Before Replacing Your Computer

Nowadays, computer hardware and accessories are so mainstream than most users won’t even bother trying to fix an issue with their laptop or their desktop: if it’s still not working the way they expect after turning it off and back on again, it’s time for a new one. However, this approach is extremely wasteful and more expensive down the road. We’re not saying that there is no reason to change a computer until it doesn’t work anymore. We’re well aware that you’ll never find a computer that will last you forever but before ditching yours, you should at least make sure that you get the best bang for your initial investment by keeping your computer alive for as long as possible. Repairs and upgrades made at places like https://walyinformatique.com/ can certainly help your machine go through a couple of extra years, but it goes without saying that getting a new computer will be your only option sooner or later. 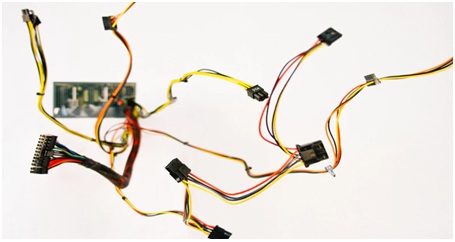 Find Out What the Problem Is

The first you need to check is whether or not your computer is the victim of a software issue by running a malware or virus test or by taking a look at the amount of resources consumed by specific programs. If you notice that a particular program is taking up an abnormal portion of your RAM or CPU, you may need to uninstall it and to replace it with an alternative in order to get things running more smoothly. If you’re not able to pinpoint the faulty program, or the one that’s causing the issue is an essential one (Web browsers come to mind) – you’re going to have to consider purchasing a new machine. Also, don’t rule out too fast the possibility that one or several of your computer’s components are in a critical condition. To rule this one out, you’ll have to run a hard drive test in order to get a diagnostic about anomalies in your read-write activities and the state of your hard drive in general. When the original problem is a slowing machine, you should definitely take a look at your RAM. An issue on that front can have dire repercussions like preventing your computer from being started, or making shut down at random times. The good news is if the problem is the RAM, it’s usually an easy thing to fix. If it’s not that, stay focused and try to narrow down the issue: once you’ve identified the source of your problem narrow down  to a given component,  it’s going to make the next steps a lot easier.

It goes without saying that you’ll have to part with some money to upgrade your computer parts, and you should make sure that it’s worth it. RAM upgrades are particularly helpful to boost performance, especially if you go from a mechanical hard drive to a solid state drive (SSD), which is one the best thing you could do to your computer in terms of speed and general performance improvements. However, you should seriously think about your options before upgrading parts like the motherboard. The overall performance of your computer will increase slightly, but on the other hand, you may have to upgrade other parts that will be no longer compatible with the motherboard you just put in. Depending on which parts we’re talking about and your ability to find vendors that offers reasonable prices, buying a new computer altogether may be your best option, at this point.

To assess whether or not an upgrade is a good idea, you should balance the cost of the repair, the age of your computer, and the number of extra time you think you’ll be able to get from the procedure. Look at how much it will cost, and compare that to the computer’s age. If your machine is almost a decade old (i.e., soon to be retired) and needs a repair that represents more than a quarter of the cost of a new device, you may be better off going for the new hardware. However, if your computer is less than 5 year-old, it’s not a bad idea to start looking around for a minor upgrade because you may be able to buy a couple more years for a reasonable price. That being said, there is also a limit to consider: any repair that cost more than half the price of a new machine should be seriously evaluated and undertaken only in case of extreme necessity.

To keep it simple, use your common sense: if you have to shell more money than you’re comfortable spending on a used machine, get a new one. If a small upgrade can get you the couple of extra months or years you need or want, do just that.