Rummy is one of the most popular card games, not only in India but around the globe. The rummy game has different variations which appeal to different groups of people. You can enjoy a rummy game with a large group or a smaller one, equally. 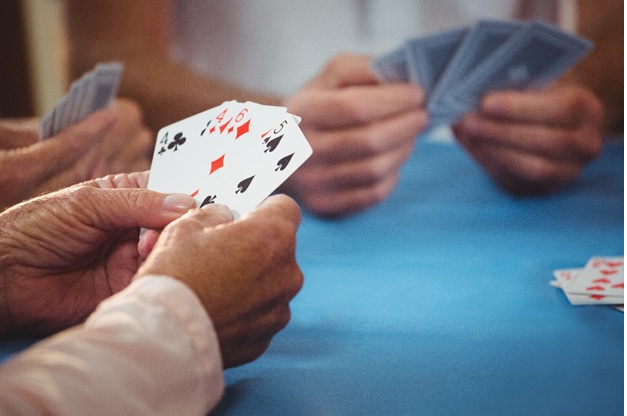 If you are already excited about the game, you would want to learn everything that rummy has to offer. We will get you started and help you understand the different variations of rummy online game. So if you are ready, sit back and learn a little more about the popular rummy game.

There are different types of rummy game that you can enjoy with a group of friends or your cousins. The Indian Rummy game version is a 13 card rummy game that is perfect for all types of players from beginner to the expert. Before we go there, let us understand what Indian Rummy is and how it is played.

In the vast aspect, the basic idea of rummy is to make sets and sequences to win the rummy game. Indian Rummy also consists of similar rules. It is also called 13 Card Rummy since every player is dealt with 13-cards each for the game. To win the game, you have to create sets and sequences by picking or discarding cards. A joker is an essential rummy card which can be paired with a card as a wild card.

There are three important types of an Indian rummy game. These are Pool Rummy, Deals Rummy, and Points Rummy. We will understand each one of them in brief.

Pool rummy is an Indian rummy game variant that is based on a single entry fee which forms a prize pool. A pool rummy game has two elimination caps, namely 101 and 201. The aim is to keep individual score less than 101 and 201 while ensuring that other players on the table score a bigger number. Interesting enough? If you are excited about enjoying a game of rummy, you can start playing it online right now.

In deals rummy, a pre-decided number of deals are played to decide the winner. Before every deal, every player is allocated a fixed score. The winner of each deal is awarded all the scores and the one with the maximum amount of scores at the end of all the deals is declared as the winner.

The points rummy is the most basic variant of Indian Rummy and popular amongst the beginners. If you are someone who just started playing, here are some basic rummy strategies for you. In this, the players play for points with pre-decided rupees value. For example, you can have 1 point for every 100 INR or 200 INR. The play then proceeds with this rule, and at the end, the points are calculated. The one with the highest is declared as the winner.

Now that you know the different variants of Indian rummy or 13 Card Rummy, we will help you understand a few of the other rummy variants played across the globe.

21 cards rummy game is played by many people on special occasions and parties. This variant of rummy deals every player with 21 cards and consists of 3 decks of cards. Every player has to make 3 pure runs compulsorily, and the remaining should have any other sets or sequences. A joker can be used for making an impure sequence or set. Players can also use value cards as jokers. Moreover, if a player has a 7, 8, and 9 of spades, then it gets them an additional bonus score of 100 points.

Gin rummy is a rummy game type to be played by two people. It uses one single deck of 52 cards. Like we said in the start, rummy has a variant for all groups, big or small. In this type, both players get 10 cards to make sets and sequences. There is only one restriction in the game; every set should belong to the same suit. Isn’t that fun?

Kalooki rummy is a popular rummy variant played in Jamaica. It can have as many decks as players. Each game is played for 9 deals and the one with the least score is the winner.

500 Rummy is also known as Pinochle. It is popular in America and can be played between 2-8 players. To win a game, a player has to score 500 first.

Rummy is a skill-based game and therefore, you need to know everything about the game before you plan to win one. We have discussed some of the best rummy types from 13-card rummy to 21-card rummy, and we hope you got to know a little more about the game. So, what are you waiting for? Go ahead, pick your smartphone and enjoy the game.

You can start playing online rummy on MPL if you are already feeling ready. All you have to do is to download the MPL Pro APK and play Indian Rummy for a fun evening.