The Meaning Behind Military Dog Tags

Dog tags have seen a lot of attention as fashion accessories, but their role in the armed services is rooted in both morbidly practical necessities and a strong sense of symbolism. The current version of the dog tag is just the latest in a tradition that goes back generations, but they continue to play a valuable role in active combat. That history, and the changes that have taken place over the years, have made dog tags an understandably popular entry point for military collectors, but there are also plenty of reasons why active members would want to fashion their own, accurate dog tags. 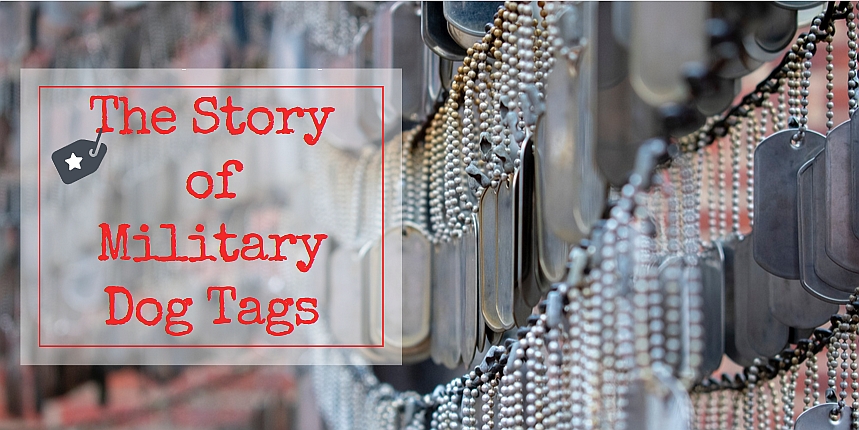 The Predecessors of Dog Tags

The Civil War tore apart a nation, and countless men who fought in it were concerned that they’d be buried in unmarked graves and left forgotten. In the lieu of some sort of standardized identification system, they developed their own methods for identification. Soldier pins and name tags were some of the most common methods used for self-identification, but it was clear that these soldiers had reason to be concerned. Despite the use of these methods, nearly half of those killed in the Civil War ended up unidentified and buried in unmarked graves. As a nation rebuilt, those who survived the war – and those who saw loved ones killed in it – made it a priority to put a standardized identification system in place for the next great conflict.

The next war wouldn’t bring in the development of a new identification system, but the Spanish-American War did finally bring about official requests for such a system. In 1906, it was ordered that all soldiers would wear a circular disc that would provide essential information like the name, rank, and company of the soldier. While basic, it would create a system of accountability for identifying the war dead, and that standard would come to be sharpened in the years – and conflicts – to come.

In fact, the next major conflict would test the standards of the very system. World War I was a whole new type of mechanized warfare, and more soldiers than ever before were fed into this meat grinder. It was a dehumanizing war, and the cost to human life was enormous. Production on these tags was accelerated throughout the course of the war, and new advancements were actually made. During World War I, a new system was put in place where two tags would be given: one to remain with the soldier and one to be placed at the gravesite.

The Evolution of Dog Tags Over Time

Rumor has it that newspaper magnate William Randolph Hearst coined the term “dog tag” as a form of derision, but the name stuck – and the practice has become an important part of military ritual and tradition in the years that followed. Dog tags have evolved and continued to be used in various capacities over the years and conflicts that followed. Rules have changed about what information is included on dog tags, how the two dog tags are distributed, and what materials are used.

To a great extent, dog tags are no longer necessary. With the radical development of genetics in the past few decades, identifying remains is much easier than it once was – and the nature of modern conflict is fundamentally different from how we waged war in the past. But they remain an important cultural symbol: occasionally co-opted for the sake of fashion but integrally tied into the culture of the military. With dog tags military members have a firm sense of identity, and collectors have a rich window into the history of the U.S. armed forces.