The Improvement of Online Gambling Technology Over the Years

The online gambling market has now been around for over 20 years, and it has undergone plenty of changes over time. The online casinos and poker rooms that we play at today are completely different beasts to the first online gambling sites, and we have seen hundreds of exciting developments that have revolutionized the gaming world. 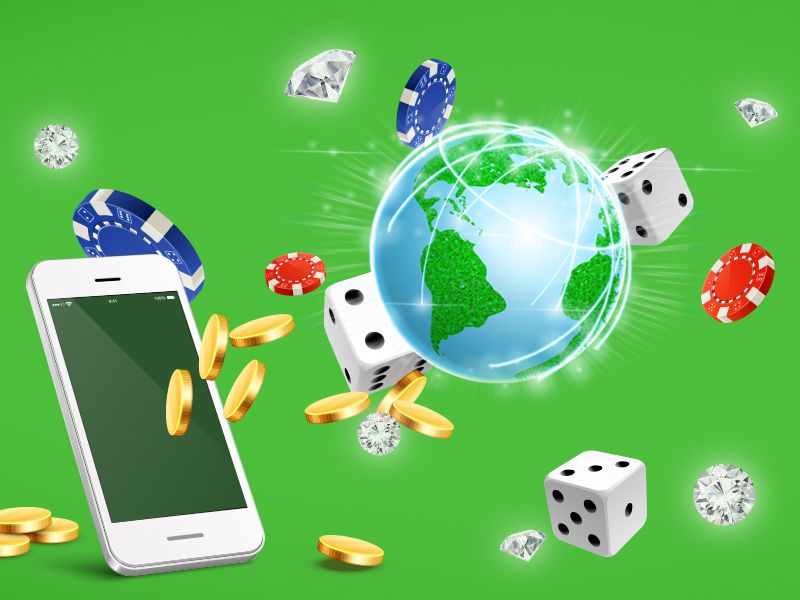 It was back in 1994 that the first online casino was launched. Powered by Microgaming, Gaming Club Online Casino gave players the chance to wager on slots and table games from their computers. It was a far-cry from the online casinos that we know today, however, with relatively few titles available and very basic software.

Eventually, we started to see the emergence of several other casino games developers like Cryptologic and PokerStars. Still, it was quite some time until online gambling became popular in the mainstream and it wasn’t until after the turn of the century that online casinos would become popular around the world.

By 2003, online slots, poker and table games were being enjoyed by players across the web. Dozens of software developers popped up during this time, each with a unique perspective on how to best engage online casino players. As such, there are thousands of online slots games on the market today, with a huge range of poker and table game variants.

The first incarnation of online casinos required players to download entire suites of software to their desktop computers. The games lobby and admin tools were included in the software package, and players would be able to download new games as they became available.

It wasn’t long before online casinos started offering players Flash-based games, which did not require the downloading of any software. Players could access casino games directly in their web browsers, as long as they had Flash installed. However, this meant that only Windows and Android devices were able to operate Flash casino games, since iOS devices cannot run this particular type of software.

Now, it’s quite uncommon to find an online casino that requires you to download a software suite. The most popular online gaming sites are those that allow you to load games directly in your web browser.

Digital table and card games offered players the chance to experience the excitement of casino games from their homes, but developers wanted to take things one step further. That’s why they introduced live casino software that broadcasts actual dealers in real time to players from virtually anywhere.

Playtech was the first company to launch a popular live dealer platform in 2003, which inspired other developers to experiment with similar technology.  Today, there are about half a dozen top-quality live casino designers, such as NetEnt, Evolution Gaming and Ezugi.

Live casino games continue to be popular in the online gambling world, particularly because they can be created using HTML5 software. This allows players to access live dealer games using their mobile devices, and there are virtually no limitations to how players are able to interact with dealers in real time.

HTML5 casino games come in all shapes and sizes, with thousands of slots available – along with a wide range of table games. Even live dealer casino games now run on HTML5 technology, giving players the chance to play on their mobile phones.

This development has made online casinos popular among mobile users, as it allows them to play slots and table games without having to download any software to their phones. It also means that a wide range of mobile devices can run online casino games, whether they operate on iOS, Android, Windows or Blackberry operating systems.

Today, HTML5 is the standard in the online gaming market with the best US poker sites and top rated online casinos using this technology to power their games. It makes for a more inclusive gaming world, where all players can enjoy themselves no matter what type of device they use. It is also seamless across all operating systems, so there’s no difference between the desktop and mobile gaming experience.

Online games developers are working hard to be on the cutting edge, aiming to create ground-breaking games with new software solutions so players can experience casino games in a new way. While augmented reality has yet to make its mark in the online casino market, virtual reality is becoming a popular outlet for games designers.

In 2017, NetEnt became the first online casino developer to launch a VR product. The hugely popular Gonzo’s Quest slot was made into a VR game which immerses players in a digital world while they spin the reels for the chance to win cash prizes.

To get a feel for how virtual reality slots work, take a look at NetEnt’s trailer for Gonzo’s Quest VR:

Currently, PokerStars is working on its own virtual reality software. The Stars Group has announced its latest online gaming venture – a VR poker game that places players in various luxury locations around the world. The game is still in its testing stages, with over 100 users trying out the software with the Oculus Rift and HTC Vive.

Only time will tell whether virtual reality will become a mainstay in the online casino market. In the wider gaming world, it is being embraced by players and developers alike, but there’s no telling whether VR will have the same response among online gamblers.

Online casino software will continue to develop as technology in the greater gaming community advances over time. We are sure to see plenty more exciting innovations in the online gambling world, which will bring us ever more ways to enjoy playing casino games on the web.