The History Of Flexible Metal Hoses

You have just seen flexible metallic hoses and wondered if these hoses have been in the market for a long time? Yes, these flexible metal hoses have been in use for a long time now. They have been used to transport gas, petroleum, chemicals, air and steam. They are specifically designed and manufactured to fill the loopholes in the industry. They will reduce instances of failure due to combined efforts of internal and external pressure, temperatures and axial forces. 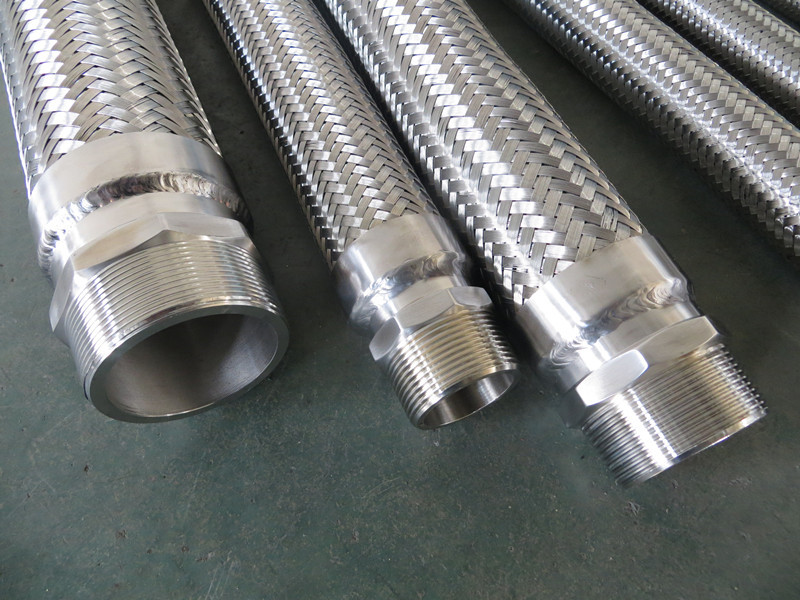 What is Flexible metal Hose?

Flexible metal hoses are hoses made of metal that have the ability to expand and contract with changes in temperature, to endure pressure and reduce instances of corrosion. They are today used in transporting of many products including petroleum and chemicals. In simple terms, flexible metal hoses are regarded as a piping element.

Broadly, these metal hoses are categorized into two types. The two types usually differ in design and application. These two types are strip wound hoses and the corrugated hoses. The strip wound hoses have a high mechanical strength while the corrugated hoses are preferred because they can stand high pressure. They also provide maximum leak protection. These pipes also offer corrosion resistance a reason why they are used in transport of aggressive chemicals such as acids. They are also used in transportation of water, steam and gas.

Today, they have a history of more than 100 years. However, when people first started manufacturing them, they were not as flexible as they are today. Today, they have risen in flexibility and other features.

The History of Flexible metal hoses

The introduction of Flexible metallic pipes can be attributed to the works of manufacturers in the 1970s. However, such pipes have been in use in some of the areas but necessarily on places with benign weather including the Mediterranean, offshores of Brazil and also the Far East.

The technology of flexible metal hoses advanced so fast to an extent that they are now widely used in many industries. However, the first traces of metal pipe use were attributed to the Egyptians who made their first metals from Copper around 300BC. Earlier, people would make pipes from Bamboo. The Chinese in particular used Bamboos as early as 2500BC.

The industry of Metal pipes kicked off with the invention of the Bessemer process in the 1850s. A factory was later constructed in 1858 which also meant that more and more metal pipes would be produced. From 1858 to 1900, there were more than two million feet of steel metal pipes produced.

The galvanized pipes that we see in the market today started hitting the market in 1800s after William Murdock introduced a coal running lamp system. After this, he needed more metal work a reason why many researchers embarked in a mood of making better tubes.

As early as 1840, many manufacturers had already started making seamless tubes. They had many methods of doing so but surprisingly, one of them drilled a hole on a hard metal to make a metal hose. This method was not a good match because it involved a lot of energy and time to make it a reality.

Another improved method was introduced in 1888 and it was awarded a patent. This method was easier and also very effective. A solid billed was being casted on a fireproof brick core and when it was cooled the brick was created which ended up being a metal hose.

The manufacturers later learnt the art of pipe bending which was very effective in making the different types of pipes you see in the market today. Flexible metal pipes were specifically introduced to help in the transport of oil and other fluids especially in automobile manufacturing.

Companies thereafter implemented methods of making high quality metal pipes and the prices were competitive which made the metal pipes grow in popularity. By this time, manufacturers only concentrated on making solid metal pipes. There were very few needs for flexible metal pipes the reason why there were no inventions about the same yet.

The above is the real history of metal pipes. These pipes actually have all the functionality. We also expect more advances in this field and increase in demand. You can learn more about metal manufacturing and flexible metal hoses on Aero-Flex. Flexible metal hoses continue to help change and mold the way the Aero and industrial industries thrive.