HomeTechnologyThe Foolproof Guide to Securing Your Devices in 2020
Technology

The Foolproof Guide to Securing Your Devices in 2020 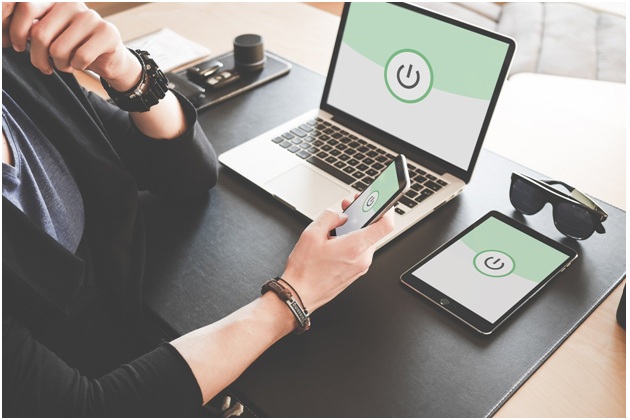 It’s no secret that the Internet is home to danger after danger, criminal after criminal. See, while the Internet has enabled people from all places to come together and exercise goodwill, certain people decided to use their time on the Internet to hurt and scam other people.

And with the anonymity granted to users, it’s hard to tell who or what is dangerous. Scammers have gotten better at disguising their scams. Cybercriminals have bettered their knowledge of how to infect devices with their malware.

It’s up to the user to defend themselves against these threats. But what threats do they need defending against, exactly? Let’s go over a few.

The 2017 WannaCry infection saw hundreds of thousands of devices exposed to the ransomware, locking users out of their devices and deleting the data of individuals and businesses.

Things haven’t changed since then, but the methods scammers use have. Phishing scams have been a popular form of scam for the past two decades, but scammers have improved their scams, tricking even the younger generations. Phishing scams, due to their reliance on social engineering, employ both topical and non-topical subjects to trick people into giving out their personal information.

The increased awareness of cybersecurity many users possess in this day and age force cybercriminals to become smarter—more subtle about their attacks. Unfortunately, they sometimes succeed.

Sites occasionally fall victim to malware infestations, where hackers place malware in ads, pages, or certain parts of the site in order to hack into devices. Even major websites aren’t invulnerable to this.

5 Ways to Defend Yourself Against Cyber-Threats

Anonymity is important—vital for privacy online. Unfortunately, with browsers and websites tracking us seemingly 24/7, it’s hard to grasp the concept of anonymity.

This is why VPNs exist.

Virtual private networks (VPNs, for short) route a device’s data through its own server instead of an ISP’s, encrypting the data before it’s released to the Internet. By accomplishing this and hiding a user’s IP address, VPNs grant total anonymity for anyone. A VPN app can significantly increase your security.

It’s impossible to know every single issue with your network. Even if you were to comb through every setting every day, there would still be vulnerabilities and backdoors present on your network.

How many accounts do you run? Out of all those accounts, how many of them possess strong, unique passwords? Hopefully, all of them. But many users disregard their passwords’ strength, opting for easy-to-type, weak passwords.

If you or someone you know does this, introduce them to password managers. Password managers—also known as password lockers—generate secure passwords for your accounts then store them in a secure “locker”, which is easily accessible to you.

Downloading all of the software listed here—spending hours setting up a secure network—means nothing if you don’t understand what you’re doing or what you’re fighting against.

Take some time out of your day to acquaint yourself with the basics of cybersecurity and why it’s important. Do this, and you’ll have a much clearer idea about what you’re doing.