While there’s no doubt that superhero films have dominated the film industry for the last 10 years, there have been a few stellar sci-fi offerings as well. 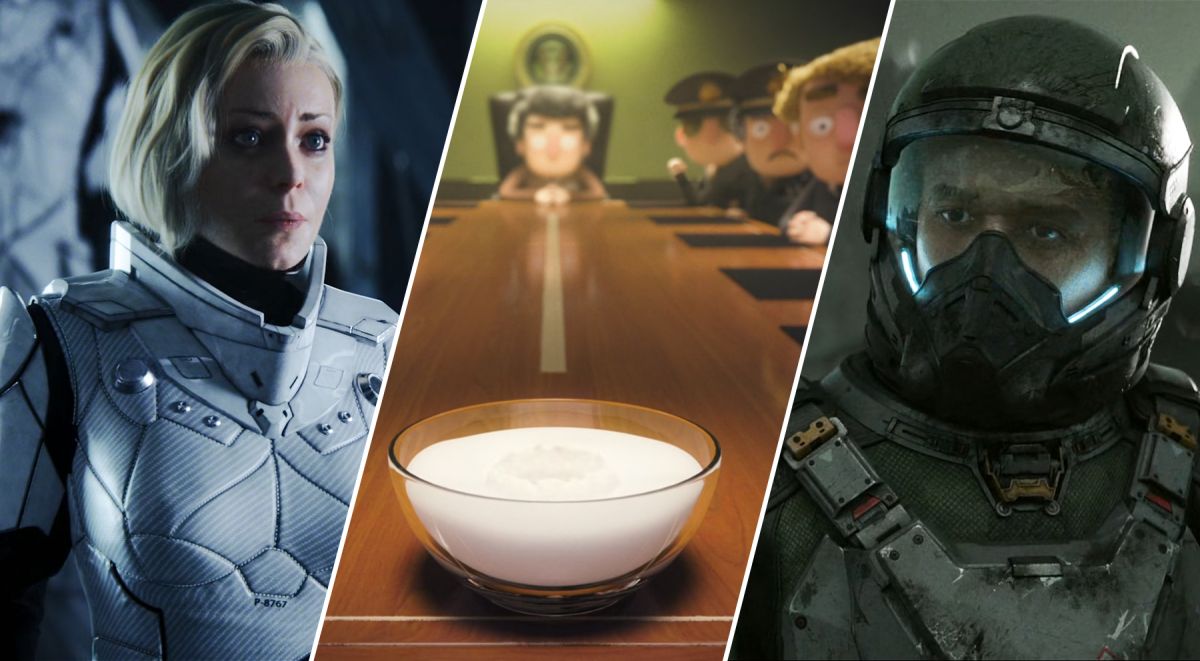 2016’s “Arrival,” starring Amy Adams and Jeremy Renner, is already an all-time classic of the genre. Thanks to Hollywood’s addiction to franchises and remakes, fans of classic sci-fi series like “Star Wars,” “Star Trek,” “Alien,” or even “Planet of the Apes” have all enjoyed ongoing film and television adaptations that will likely continue for years to come.

And just last year, Denis Villanueve released “Dune,” a film with a star-crossed cinematic history that still managed to win over fans and critics as the first adaptation to capture the narrative scope of the novel.

So if you’ve already burned through all that, and you’re looking for some decent new Sci-Fi to binge, here’s a few suggestions hot off the proverbial presses (streaming services).

Arguably the flagship television show currently streaming on Paramount+, “Halo” stands out as an unusually good video game adaptation — an infamously difficult genre to pull off. While “Halo” is ultimately just a mishmash of tropes and ideas, the show’s decent pacing, stellar creature models and compelling performance by lead actor Pablo Schreiber result in a sci-fi show worth a chance.

At least if you can stand the atrocious subplot involving a teenage revolutionary, which feels incredibly tedious next to the intriguing chemistry between Natascha McElhone’s Dr. Halsey, who created the super-soldier program known as Spartans, and its leading badass in Master Chief.

This show has a lot of potential, especially once it fully explores the video games’ horror elements. We’ll get to find out, as it’s already been renewed for a second season and managed to please fans of the original video games: “Now that it’s here, though, we are pleased to report Halo is actually very good. It’s a gorgeous and epic look at the Halo universe that feels right at home with the games you know,” GameSpot wrote.

Yes, this is a Marvel property, but like “Loki” before it, this Disney+ series takes the Marvel Cinematic Universe in new and interesting directions that fans haven’t seen before.

While Marvel Studios’ Disney+ offerings have certainly been rocky (looking at you, “Falcon and the Winter Soldier”), “Moon Knight” uses the multiple personalities of its lead hero for some cinematic sleights-of-hand that successfully convey a sense of overwhelming confusion and dread.

Most importantly, even when the show’s writing and pacing flails, Oscar Isaac remains as captivating and charming as ever to maintain your interest.

The first season of “Star Trek: Picard” pulled off the impressive feat of making a better-than-average sci-fi action show featuring an actor nearing his 80th birthday.

Fortunately, that actor is none other than Sir Patrick Stewart, playing Captain Jean-Luc Picard, one of the most beloved characters in all of science fiction. While the first season centered on a deeper characterization of the Enterprise captain, it also introduced a host of excellent new characters.

Unfortunately, the second season has not lived up to the expectations set by the first, and ditching or sidelining many of the side characters that we spent the entire first season learning to love. That being said, the show still delivers some truly great Star Trek moments, and gives a chance to see Seven-of-Line (Jeri Ryan) being a badass again.

While superhero films may continue to dominate the box office, science fiction will always have a place in theaters and streaming services, said Bardya Ziaian, the founder of Bardya Pictures Ltd.

“This is actually a great time to be a sci-fi fan,” Ziaian said. “Not everything is stellar, but there’s lots of choices, and we still get real gems coming out each year.”

Most Common Netflix Error Faced By Its Users