HomeTechnologyTechnology and Your Car: What's New for 2017?
Technology 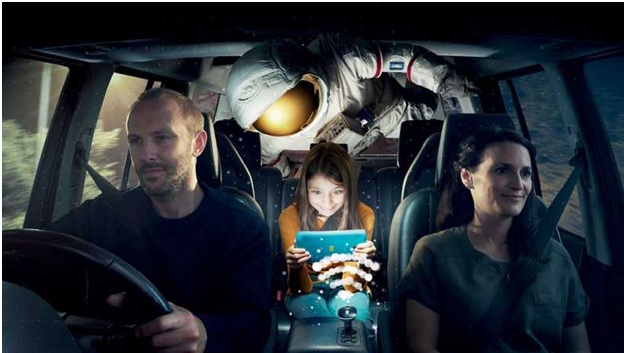 You may be wondering if 2017 will be the year you’re going to drive around with a little robot in your car, one that’s a better driver than you and knows everything and just generally makes you feel entirely inferior about yourself. While we wouldn’t put it past the good people at Google to do that to you, it’s not likely to happen this particular year. But that doesn’t mean that you won’t see some interesting developments this year, far more interesting than the basic mechanics of a car. We’ll tell you more about the more realistic scenarios you may end up seeing this year instead.

Ok, we know that safety are not really the most exciting thing about technology, but it’s still kind of cool. Basically, your 2017 model won’t have self-driving software, but it will have many of the same features. More and more cars will be coming out with technology that ensures you don’t cross over into a lane when you shouldn’t. Your brakes may deploy automatically when you’re about to slam into someone else, and your steering wheel may be able to take control when you can’t. There’s software out right now in primitive 2016 that can even detect other people’s accidents, and alert you of those! Side airbags and better airbag deployment is also on the menu. So while these safety devices aren’t new, you’re likely to start seeing them become as standard as safety belts. This may surprise you, but regulators are typically fans of people staying alive on the road. If not for your own personal safety, then at least because it means less clean up.

Cars with Wi-Fi are great for when you’re dying not to use your data up, but it also generally means you’re safer. The more access you have to communication when you’re on the road, the less likely you will pulled over for a ticket, and have to go take a traffic school or defensive driving course to have it cleared from your driving record. It also makes it easier to play those Podcasts, YouTube videos and movies that you need to make your trip a little easier. You can even work from the car if you needed to. People are also pretty into the whole electric car/hybrid thing if you haven’t noticed, so it seems as though that particular niche is here to stay. The more money people save on gas, the better. There’s also a little bonus of helping to save the economy as well. With their continued popularity, you may see more charging stations popping up in a neighborhood near you — or at least nearer to you.

All right, so maybe everything won’t be a bed of roses. Technology changes so quickly that it’s hard for auto makers to know exactly what they should invest in and what they should leave behind. Case in point, the multi-disc CD player certainly couldn’t have been cheap to install in their luxury models, but it’s not really a great resale feature considering most people keep their music on their phones. You may see cars this year with somewhat questionable technology choices, perhaps things that seem great for the moment but may end up being viewed as superfluous later on. The other thing you may see is that the more futuristic types of technology are not necessarily easy to use. Drivers can’t be blamed if they hesitate about what they should invest time in really learning. However, the more standard features, like connecting your phone and personalizing your Bluetooth are likely just going to get easier and easier.