HomeSports/GamesStrike Looks Set To Be Called Off Over Technology Threat to Las...
Sports/Games 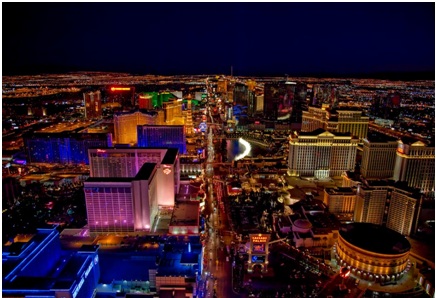 A major strike over technology and wagesin Las Vegas looks to be averted at the last minute as The Culinary Union which includes over 57,000 housekeepers, bartenders, food servers, porters, and kitchen staff have reached a provisional agreement with MGM Resorts International which runs 10 of the biggest Resorts on the famous Strip. The strike threat will further strengthen some casino visitors’ assumption that online casinos provide a risk-free and fun-filled entertainment to land-based casinos.

The Citywide Strike Vote would have included 25,000 workers attending after 99% voted yes for the strike. The workers have signed a petition after becoming increasingly worried about their lack of pay increases over the years from the casino operators as well as the introduction of technology in place of workers in many casinos.

However, it looks like things are moving in a different direction, as last Saturday, a tweet released by the Union said: “BREAKING. We are pleased to announce that a tentative agreement has been reached with MGMResortsIntl,” adding, “The historic new 5-year contract covers approximately 24,000 workers at 10 casino resorts on the Las Vegas Strip.”

For visitors travelling from the UK there needn’t be any worry as you can still try your luck any time of day from the comfort of your home or office by visiting www.casinosinuk.co.uk/new-casinos.Online casinos have been available for many players from all over the world for the past decade with a rise of online players in many countries such as the UK, Sweden and the US which led to many land-based casinos increasingly look into ways to adopt and adapt their technology to save money on manpower and increase efficiency.

It looks like a tentative agreement with the big casino operators isn’t going to be reached throughout Vegas with smaller casino operators not looking to have reached agreements with the Union. This could mean that Las Vegas is expected to have its first city strike since 1984. Resort industry economists estimated that the last major strike cost the Las Vegas economy over $3 million a day. The walkout by the Union in 1984 was also over wages and benefits which forced many hotels to close their showrooms and turn executives and showgirls into bartenders and maids. Shockingly, back in 1984, angry strikers attacked tourists’ cars with picket signs as around 15,000 workers walked off their jobs at 29 hotel-casinos. Let’s hope history does not repeat itself.

Today, technology, wages and job security are the main reasons for the Union calling for a strike which is estimated to cost the land-based casinos over $10 million a day for every strike day. It is worth to note that after calling for a strike, the Union is yet to set a date for it to take effect.

Because of the agreement, it looks like Caesars workers will receive a wage increase of 4.2% effective from Friday, and another 4% annual increase per year form next year.