Stablecoins are cryptocurrencies that try to peg their prices to an external reference. They use collateralization or algorithmic mechanisms to stabilize their prices. 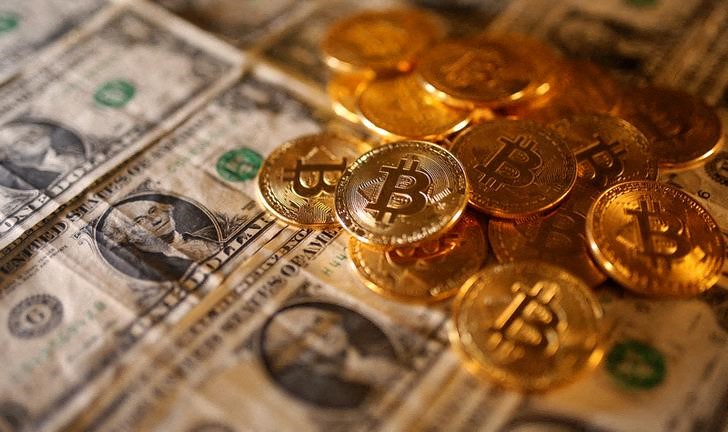 Cryptocurrencies are volatile, but stable coins are more stable than traditional currencies. Users won’t adopt them if they aren’t sure about their purchasing power. Stable coins are designed to be used as a medium of exchange and a store of value.

Edge of Stablecoin over Bitcoin

Bitcoin was created as an alternative currency to fiat money (money issued by governments). There is a limited supply of bitcoins, so its value increases over time. However, there is also limited demand because people prefer to use fiat currencies. This makes bitcoin volatile and unpredictable. Cryptocurrencies such as Bitcoin and Ethereum are very volatile and unstable. This causes people to avoid using them as a means of payment because they fear losing money. In order to make these currencies more stable, some companies have created stable coins. These stable coins are backed by real assets or fiat currencies.

There are three broad categorizations of Stablecoins:

Such reserves are maintained and audited by independent custodians.

Non-collateralized stablecoins don’t use a reserve but include a working system, like that of a Central Bank, to retain a stable value. For example, the dollar-pegging basecoin uses a consensus-based mechanism to increase or decrease its supply of tokens on a needs basis. So, for such stablecoins adjustments are made by altering the demand and supply. No collateral is required to mint coins. Demand and supply play a major role in controlling the value and stabilizing the prize.

LOOKING FOR SOME LEADING STABLECOINS?

The most prominent stable coins are the ones used for crypto exchanges. These include:

Dai is the first decentralized stablecoin. It’s very similar to Bitcoin, but it doesn’t rely on mining or blockchains. It uses smart contracts instead. Dai is a stable coin cryptocurrency that aims to keep the value of one U.S. dollar as close to one as possible through an automated smart contract system on the Ethereum blockchain.

USDC is the most popular stable coin. It is worth around $1. USD Coin is managed in part by a consortium called Centre which was founded by Circle, a cryptocurrency exchange, and includes members from the Bitcoin mining company Bitmain and an investor in Circle.

Tether tokens are widely adopted stablecoins, pioneering the concept in the digital space. A disruptor to conventional financial systems and a trailblazer of digital currencies, Tether Tokens are a support and a means of empowerment for growing ventures and innovation throughout the blockchain space. Tether Tokens is a digital token built on several blockchains.

Some FAQ on Stablecoins

You don’t need a special wallet to buy stablecoins, but you do need a crypto-wallet to buy, sell, transfer and store stablecoins. Some wallets support some coins, but most support only one or two.

Stablecoins are generally purchased on cryptocurrency exchanges. You can buy them in the same way you buy other cryptocurrencies. Just check the exchange’s website to make sure it supports your stablecoin.

Stablecoins are digital currencies that are open, global, accessible to anyone on the Internet, 24/7. They’re fast, cheap, and secure to transmit. They’re digitally native to Internet and programmable.

Stable coins have many advantages but also some disadvantages. Counterparty risk is a huge problem because you need to trust someone else to hold your money. Another issue is how do you know if the company behind the coin actually has enough funds to back the currency? Stablecoins are backed by assets such as gold or government bonds. In the worst-case scenario, they may run out of funds. This makes them vulnerable to theft or fraud.

Stablecoins are often considered to be a safer option for investors who want to invest in cryptocurrencies without worrying about their price fluctuating wildly. The market is giving enough signal for us to believe the fact that Stablecoin has a bright future. Stablecoins are becoming increasingly popular because they offer greater security and transparency compared to other types of cryptocurrencies. Tether (USDT) was the first stablecoin, released in 2014. After that stablecoin market has mostly been progressive.