HomeResourcesRose For Emily: A Brief Analysis Of The Novel
Resources

Rose For Emily: A Brief Analysis Of The Novel

Rose for Emily is the story in which the narrator has written the story with the first person and used the term we in the story. That’s mean the narrator is collective rather than the individual. The story has been beautifully written and the author came to the characteristic of the fiction and used the first person as he is also the part of the story. This depicts that the whole town is the witness of the behavior of the lady named as Emily the main character of the story. The ambivalent attitudes, of the heroine, is expressed in the ambiguously. 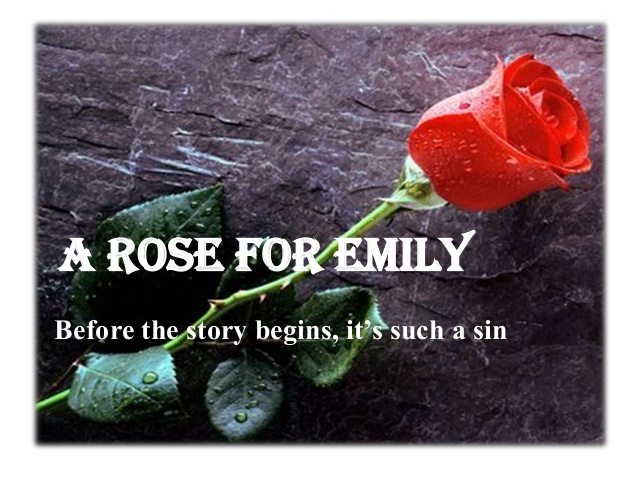 This means the whole scenes and the behavior of the people has been narrated as a self-assumption. No one knows truly about the Emily bt the town people make self-assumptions about her and talked in her back. They were curious about her and all the time wanted to know how she is spending life without marriage and much more. The overall narration gives the impression of coming out of the communal consciousness. It creates the effect of the peculiar omniscience. The entire novel has been compressed in short story form.

Sometime sit create confusion that either the narrator that either is telling the story about the southern town or explaining about himself in the story. The pattern of motifs that interaction a parallel or in a contrasting way flows naturally from the reservoir of the natural elements. The story tells the narrator saturation as he describes multiple words like garage, inns, cotton, taxes, place where Emily sits, law, the house, market basket and much more.

To lend toward the surprise ending the writer uses some other phrases and devices to create a strong impression. Some words are repeated and foreshadowing again and again. There is the surprise ending by some sentences like the man himself ay on the bed and there was present the strand of gray hair. When the reader reaches this point and ultimately move toward the back of the novel. Thus, a complete connection is created making the whole story uniform and reader get inspired by the whole story.

The literary analysis of Rose for Emily is just based on the fact of the overprotective father. He was kind to her daughter and don’t want that she bears any hardship of life being in a relationship. Although it was his love this created the complex in his daughter and she became mysterious, showed unusual behavior and avoid social gatherings. She had a painful life as her family was not social and don’t interact to share problems. She was hooked in the rival city where it’s as not possible to lead a normal life that everyone wants.

The writer has narrated a reality of few such people who don’t want that their family lives like normal and this led to inferiority complex and the children lose their confidence thus cut off from the society and make a decision of suicide.