Smartphones are the everyman’s tool of the 21st century. Life becomes extremely tedious without one. From practical benefits like a roadmap to food-delivery, the demand for faster phones with better features is growing. This demand is subsequently creating budget smartphone options with numerous mobiles under ₹20,000. Additionally, tablets are catching on to be the next trendy tech product. In India, the use of tablets grew by a whopping 37 million from 23 million users in 2013 to 60 million users by 2018.

The reason behind a surge in sales for these two pieces of tech across India is due to technological innovations. Today, artificial intelligence (AI) upgrades in smartphones and tablets allow them to become even smarter and sleeker. It has made both these pieces of technology difficult to resist for most individuals. But what is AI and how does tech use it? 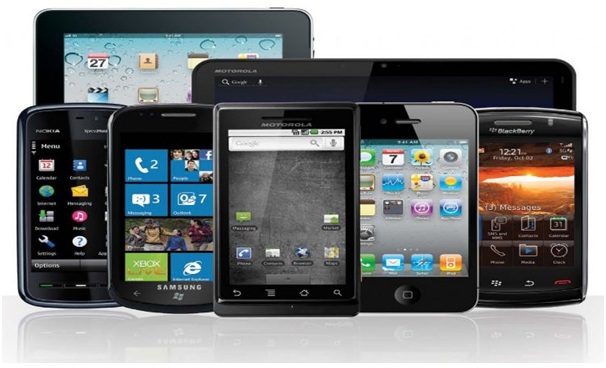 What is Artificial Intelligence?

While its scope has increased over the decades, AI initially began with the goal of a machine being able to use reason to make decisions that are not defined explicitly. In other words, a machine that can ‘think for itself’ by displaying what is perceived as self-awareness, and an ability to alter its behavior through learning over time. Take the classic example of Google Assistant, and Amazon’s Alexa, both of whom are capable of exhibiting these features.

How AI Improves Smartphones and Tablets

The buck doesn’t stop at Alexa, Siri, Cortana, and Google Assistant with AI innovation. There are other cases where artificial intelligence upgrades in technology are overlooked, as they are not as accessible to the layperson as voice assistants are. More aspects showcasing the role of AI include:

Qualcomm, whose hardware (Snapdragon 845 chipset) runs in numerous flagship smartphones and tablets of 2018, includes AI optimization which aids in camera-based AI features. This primarily includes your phone’s ability to perform facial recognition. Facial recognition is the ability to distinguish between different faces and objects. These features are visible in smartphones with a ‘smart focus’ option, i.e. the ability to blur-out objects in the background and sharpen faces in the photo.

Brands like Samsung, Oppo, and Vivo offer some of the best camera smartphones under 15000 which will soon come enabled with such AI-optimized chipsets. Currently, the high-end Samsung Galaxy S9, S9 Plus, and the Note 9 tablet are notable examples with the Snapdragon 845 AI optimized chipset. Another example is Google Photos. Anyone, even those with tablets or budget mobiles under ₹20,000, can have access to Google Photos. This free photo storing app, which usually comes preinstalled in Android phones, uses AI to recognize and aggregate a person’s face across multiple preexisting photos.

AI not only makes technology smarter but also faster. Conventional chips require more processing power and bandwidth. This problem is solved with an AI chip, also known as the neural processing unit, which aids in faster processing by rapidly changing image-related data. Several of the latest smartphones come with dedicated hardware that is optimized for AI. For instance, the iPhone XS comes enabled with an AI chip in the form of the A12 Bionic CPU for faster processing.

Images are difficult to capture in low-light conditions at night-time due to low exposure. You may have noticed that pictures appear blurry no matter how stable you think your hand is. Due to short-exposure, phones take 5–6 seconds to gather the requisite amount of available light to capture a photo in low-lighting. AI deals with this problem by emulating the effect of long exposure even in low light conditions without having to use a tripod to stabilize your phone.

Some of the best camera smartphones under ₹20,000 come with ‘Night Mode’ technology. Here’s how it works. AI-enabled night mode doesn’t reduce the 5–6 seconds it takes to click a low-light image. It stitches together the different images taken by hand in low light conditions. The fusing of many pictures to create a high-resolution final image cannot be done fast enough or by conventional chips. It, therefore, requires the fast processing of AI hardware. Smartphones that offer some of the best Night mode handheld images come from Apple and Huawei.

The role of AI is not limited to camera features only. Google recently launched its latest eye-catching project-Google Duplex- which is currently live in the U.S. Google Duplex is a Google Assistant’s voice-enabled AI feature that can call on the user’s behalf and set up appointments, and book tickets. In the future, Google Duplex is expected to become more adept at things like making or canceling reservations for a doctor’s appointment or a haircut.

Google showcased this foreseeable future to an audience of hundreds. The crowd listened to the Duplex voice assistant converse with a live caller with the goal of ‘making a haircut appointment for next week’. The human caller didn’t know she was talking to AI. The AI passed the ‘Turing test’ where it successfully fooled the other caller that it is a real person making an appointment.

Where To Buy The Latest Smartphones and Tablets

As smartphones and tablets grow more innovative, it’s time to move ahead with the world. From the highest-grossing tablets on the market and the best camera smartphones under ₹20,000, Bajaj Finserv’s Online EMI Network is the one-stop-shop for your technology needs.

Looking for budget-friendly options? With brands like Samsung, Oppo, and Vivo, you can find the bang for your buck on Bajaj Finserv with the best mobiles under 10000. Shop online on Bajaj Finserv’s Online EMI Network or visit any of the available 1 lakh partner stores such as Croma, Vijay Sales, Reliance Digital, Poorvika Mobiles, Sangeetha Mobiles. Use the EMI Network Card to buy products

How Tech Can Help Your Company’s Innovation