After surprise demonetization in November, the government has been insistently pushing payment companies and banks to gain the target of 25 Billion transactions in financial year 2017–2018. The immediate fallout appears to be the end of the omnipresent ATMs. 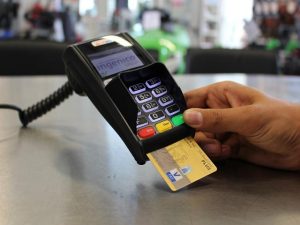 Even the usage of debit card on ATMs has seen a noteworthy fall from October 2016 to April 2017, banks traced 800 Crore transactions from debit card in October, which dropped to almost 660 Crore at the end of April 2017.

“The drop in ATM numbers in the last few months was provisional, as it took place owing to the end of our contract with a specific ATM operation partner,” claimed an ICICI Bank spokesperson.”We have prized replacement agreements for our ATMs and most of them have already been restored. We will carry on adding ATMs during the present financial year.” SBI too dropped ATMs to 58,798 by 200. In the same time frame, Axis Bank added 571, while HDFC Bank added 286. Bankers think that while ATM installation will slow down, it will not vanish anytime soon.

“I do not believe that ATMs will disappear suddenly but the rise of transactions on ATMs has been comparatively slow and that trend is anticipated to carry on as we move forward,” says Executive Director of Axis Bank, Rajiv Anand. “With the type of innovation that we are anticipating to witness in the payments industry, the need to take out money from ATMs in huge amount is going to be lesser and lesser.”

Let us see as to how much long these ATMs will survive.