Qualcomm and Microsoft restated their joint venture this week at Snapdragon Tech Summit and declared that they are operating jointly on Always Connected desktops. These devices will operate on Windows 10 and will have Snapdragon 835, the chip that fuels a lot of Android flagship handsets such as Google Pixel 2 XL and Pixel 2 and Samsung S8 Plus and S8. 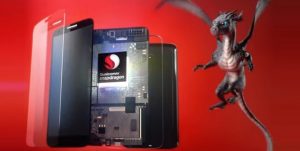 The firms state that with the mixture of these two, the battery span of devices will elevate to almost 20 Hours. In addition to this, the handsets might immediately switch on in place of consuming a couple of seconds to emerge from the sleep mode. With this partnership, Qualcomm and Microsoft also pledge enhanced safety for the laptops.

Amongst the first firms receiving the mixture of Snapdragon 835 with Windows 10 are HP, Asus, and Lenovo. While HP and Asus revealed their handsets at the event this week, laptop of Lenovo fueled by Snapdragon 835 will be displayed on January 9, 2018, at CES 2018.

Talking about the laptops, the Asus NovaGo 2-in-1 convertible device is stated to be the first Gigabit LTE device of the world. It states to have a battery life of 22 Hours that it pledges on standby can last almost 30 Days. It exists in 2 storage editions, one with 64 GB storage and 4 GB RAM and the other with 256 GB of on-board storage and 8 GB RAM. While the version with 4 GB RAM has a price tag of $599, the version with 8 GB RAM has a price label of $799.

Coming to the other laptop that was revealed, HP ENVY x2 has a 12.3-inch screen with covering of Corning Gorilla Glass 4. Much similar to Asus NovaGo, it is fueled by Snapdragon 835 as well as operates on Windows 10.