Intense research has been done to find the causes and possible treatment options for Alzheimer’s disease. Now, a research team at the Case Western Reserve University has developed a new machine learning process for analyzing Alzheimer’s disease prior to the signs initiate to hamper the everyday living. And their initial testing has shown the new approach to outperform other diagnosing methods. 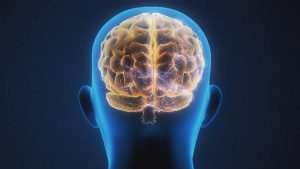 As per the estimates, above 5 Million Americans might have been suffering from Alzheimer’s disease and the digit is rising as the population ages. Alzheimer’s is a progressive, irreversible brain disorder that gradually devastates thinking skills and memory. And at present, there is no cure; however, many drugs can prevent or delay symptoms from aggravating for up to 5 Years or more.

In the meantime, early analysis and treatment—the aim of the new computer-based approach—is key to enabling those with the disorder to stay independent for long. The computer program incorporates an array of Alzheimer’s disease signs, comprising mild cognitive impairment. In 2 consecutive phases, the algorithm chooses the most relevant to speculate who has Alzheimer’s.

The algorithm was tested by the research team using the information from 149 patients through the Alzheimer’s Disease Neuroimaging Initiative. The team came up with what they refer as Cascaded Multi-view Canonical Correlation (CaMCCo) algorithm. The algorithm incorporates readings from magnetic resonance imaging (MRI) scans, mild cognitive impairment, metabolism rates of glucose in the brain, features of the hippocampus, genomics, proteomics, and other parameters.

The lab of Anant Madabhushi has repetitively found that combining different data is helpful for cancer detection. This is the first time the team has done so for characterization and diagnosis of Alzheimer’s disease. Madabhushi said, “The algorithm supposes each parameter gives a dissimilar analysis of the disorder as if each one were a diverse group of colored spectacles.”

The variables are then assessed by the program in a 2-step cascade. Initially, parameters that best differentiate “between someone who is not healthy and someone who is” are selected by the algorithm. In the second stage, the algorithm chooses from the unhealthy parameters those that best differentiate who has Alzheimer’s disease and who has mild cognitive impairment. Madabhushi said, “The outstanding views are merged to provide the best picture.”

In identifying which patients had Alzheimer’s disease in the study, CaMCCo excelled individual indicators as well as techniques that integrate them all with no selective evaluation. It also was superior at analyzing who had mild cognitive impairment compared to other approaches that integrate multiple indicators. At present, the team is continuing to fine-tune and validate the method with data from several sites.