Let the Robots Feed the World

A revolution is underway in agriculture. The new generation of farmers is reinventing the way crops are produced and how the soil is cultivated. Thanks to new tools, not to mention the Internet of Things, it’s easier than ever to solve crucial problems. Agriculturists are aided by robots. Robotics enables them to be much more efficient and productive, which is no little thing considering that the world doesn’t produce enough food to feed everyone. Agricultural robots, which are commonly referred to as agribots, minimize the labor of farmers, helping them in every aspect of their work. Cutting-edge technology is already part of the agriculture world. Bringing more technology into agricultural production is the key to solving the most pressing issues. 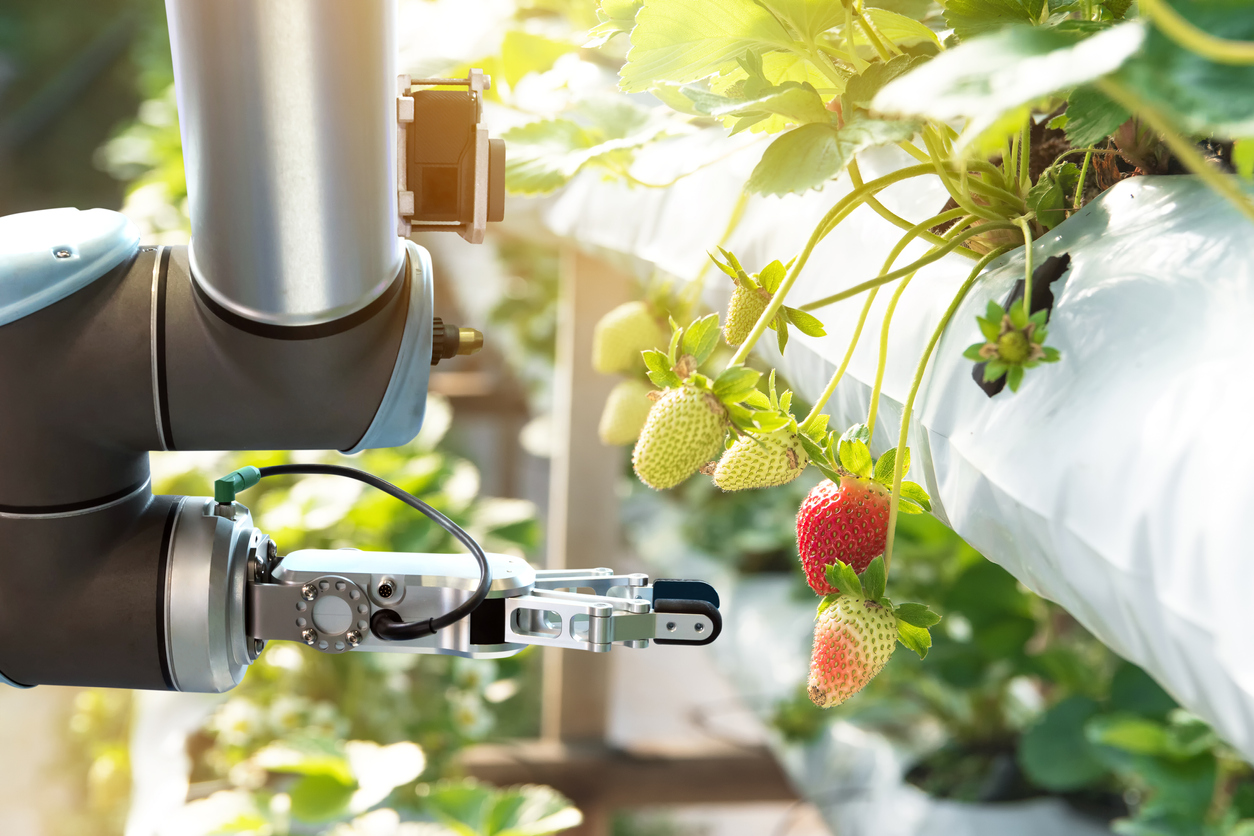 Until now, agriculture has been successful in producing significant quantities of food. Now, things are different. Global food production isn’t what it should be. Food doesn’t come soon enough. What is more, it’s not enough to meet the demand. Food production will have to grow by 50 percent by 2020 so as to feed the ever-increasing population. In this situation, farmers need all the help they can get. Robots help them grow more with less. Individuals engaged in agriculture are able to produce a lot more as compared to those who manage traditional farms. Heavy machinery needs to be replaced with lightweight argibots. This will result in an increase in production. Robotics, as well as autonomous systems, have the power to transform the global industry. Actually, they’re already instilling change.

What are the main agricultural problems in the world? Well, in addition to the fact that farms aren’t producing enough fruits and vegetables, there are some issues that deserve attention.

Farming is laborious in the sense that it requires considerable time and effort. Nothing happens by chance. To produce fruits and vegetables, it’s necessary to have thousands of skilled workers. Unfortunately, the number of skilled workers has declined over the years. There are many reasons for this, including reduced immigration and declining birth rates. At present, agriculture is experiencing a critical workforce shortage. It’s a good thing that farms don’t have to go too far to find workers. Agricultural robots have an impressive workload capacity. A robot can take over the tasks of thirty people. Most importantly, they work with cold, mechanical precision. At a global level, thousands of industrial robots are installed in factories all around the world.

Harvesting crops seems to be a problem that can’t be solved. Crops are affected by disease, not to mention the hostile weather. In some areas of the planet, the crops were sent under water. Harvesting crops is a labor-intensive activity. Thanks to AI-driven technologies, agriculturers are able to focus on the overall production. Numerous companies are coming up with advanced technologies that can perform a multitude of tasks, from harvesting and picking to sorting and packing. Market leaders are offering industrial robots for sale, helping farmers improve productivity, product quality, and safety. Agribots can be deployed for onsite operations, being designed to harvest crops like apples, grapes, tomatoes, and leafy greens. Automation is emerging in an effort to address current challenges and enhance overall production yields.

Weed invasion affects the natural balance of ecological communities. Weeds cause more loss than insects or pathogens. Managing undesirable plants on a farm is therefore essential. Agricultural robots are used heavily in the food industry to kill weeds. This is because they eliminate about 90 percent of the volume of chemicals normally sprayed on crops and prevent losses. Agribots don’t need operators and they are so intelligent that they can tell crops apart. Basically, they spray herbicides on the weeds, but not the crops, detecting the presence and the position of weeds between crops. Robots are meant to aid weeding on large-scale vegetable farms. Until now, they’re doing a great job. 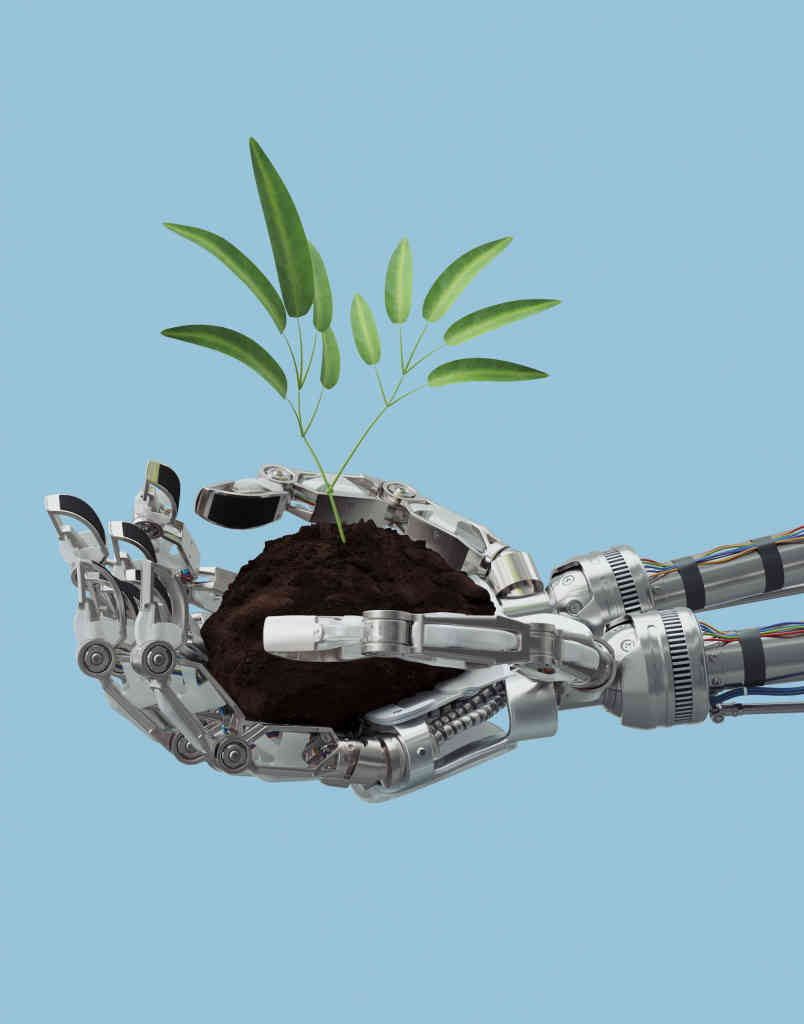 Do robots lead the future of agriculture?

Robots are no longer reserved for research laboratories. They are present in various industries, being used for simple as well as complex applications. The earliest technological applications of soft robotics were in the biomedical field. Now, industrial automation is benefiting agriculture. In the past few years, there has been a considerable increase in the availability of robots. Labor scarcity encourages innovation. Farmers rely on AI-driven technologies to maintain high productivity levels and ensure the success of their food production businesses. The question now is: Will robots lead the future of agriculture?

ü  The agricultural robots market: This is what will happen

Living off the land isn’t as easy as it seems. You don’t just throw the seeds and wait for Mother Nature to do its thing. It’s necessary to carry out thorough research, plan production ahead of time, and farm. Robots can make human lives a lot easier by taking on hard, repetitive tasks. People won’t have to work long hours in the heat or be exposed to pesticides like glyphosate. Not only will automated farming systems save the world from starving, but also they will simplify people’s lives. By bringing agribots to do laborious tasks, there will be lesser risks involved.

The bottom line is that robots can positively shape the future of agriculture. They are a sure investment. The price of robots isn’t high and they can work for hours at an end. Agricultural industry standards might be implemented to ensure safety and transparency, although there is nothing to worry about. Farmers will need a lot more bots.