HomeSports/GamesLast Wish Raid - Is It Everything A Player Could Have Wished...
Sports/Games

Last Wish Raid – Is It Everything A Player Could Have Wished For?

The Last Wish is a part of Destiny 2: Forsaken and it is the first raid of the journey. It is undoubtedly one of the most challenging raids of the franchise and players can enter the raid after the end of the campaign. The players have to dive into the Dreaming City to slay Ahamkara, the beast that waits for them at the end. While the Last Wish is a unique raid and a wonderful end-game experience, there is no way one can waltz in and slay the beast (the last of its kind) without preparation. Teams will require weeks of practice and training to make it to the end. 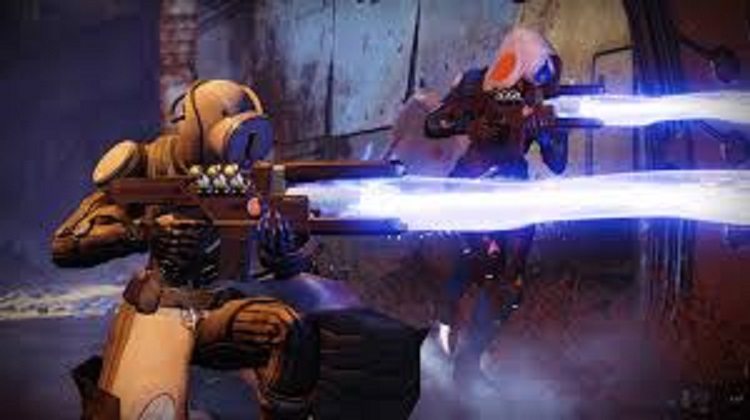 Unlike the necessary power level for entry, which is 520, the recommended power level for playing the Last Wish is 560. The power level requirement should tell you about the difficulty level of this raid. We are not saying it is impossible to clear the encounter with power lesser than the recommended level, but we are saying that it will take hours of practice and incredible skills on the part of the player to beat the game. The only way to make up for the power deficit is by honing the player’s abilities. Moreover, each encounter demands a power level that is higher by 5 Power than the last. By the end, you will require 580 Power.

Training for the raid

It is necessary to prepare for the encounters since you will need special weapons and perfect your team composition. For enemy or mob control you will need a Nightstalker with the tether. To increase the damage output and overshield, your team will need the Dawnblade Warlock. The Lunafaction Boots is a robust Warlock Exotic you will need during the raid. The Sunbreaker or the Sentinel class is necessary for the Titans for their team survival.

The requirement of high Power level is directly proportional to the flexibility of experimentation with the weapons. Players at high Power levels can unlock the Whisper of the Worm and the Sleeper Stimulant. These are exotic power weapons, but they can cause exponential levels of damage. While players can get by with a Badlander, it is a smarter decision to go with the Ikelos Shotgun for the energy slot. You can pick any weapon for the Kinetic Slot. Most players will understandably go with the Midnight Coup. You can also look for a Go Figure with Rampage and Outlaw. You can always equip these with Minor Spec mods to maximize the impact on the red-bar oppositions.

Which characters will your encounter?

The first boss encounter in Destiny 2 Last Wish Raid is Kalli the corrupted. There are several things you will want to notice and follow, but keeping track of the events, is a tad bit confusing.

The primary objective of this level is to pair up and find the matching plates for the symbols in the center of the arena.

Here is what you need to do –

The fight with Shuro Chi is unique as it is intriguing. Your team will have to face Shuro Chi in four-minute intervals. If the players fail to solve the puzzle within 4 minutes, they will lose. As you complete the puzzle room, the four-minute timer will reset.

Once you have defeated Shuro Chi, you will reach the big door. All team members need to stand around it for the fight to begin. Keep killing since the glowing orbs will spawn. Morgeth throws tornadoes at the players, and you will need to use the Taken Essence Orbs to free the free the tornado-trapped players.

Interestingly, when you release the players, you get the Taken Strength. The more number of Taken Strength you possess, the more potential damage you can cause. Remember to remove all glowing orbs from in front of the boss. It will compromise his immunity. If his strength reaches full, he will be able to wipe everyone.

The final boss is intimidating in size. The better way to face him is by dividing your team into two. There are two rooms, and you should send one part of your team to each level. Here is what you need to do next –

Once you have defeated the Riven of a Thousand Voices, you will have to carry the special orb till the end. The stone will name the player, who is supposed to be the bearer. When the right player grabs it, the timer will start. As it runs out, you will find yourself in another realm. The stone will mention another name. And this will continue till the orb forms a bubble.

Any player, who finds himself or herself outside the bubble will get a debuff stack. The player will die once the stack makes it to 10. The whole team needs to stay close to the orb at all times since the bubble does not come with an announcement.

The objective is to hold onto the orb for as long as possible so the final player can make it to the Queenswalk with it.

The raid is undoubtedly tricky, and it might even be one of the most challenging raids you have come across. However, with this walkthrough, you should be able to prepare your team for all the bosses, attacks, vault mechanisms and more. Oh, do not forget the secret chest raids, like all other raids before. However, if you are expecting powerful weapons drops, you will be disappointed. The drops only happen when you drop a boss!