When UK-based HR software company People HR first launched in 2013, nobody expected them to take over a significant portion of the market. After all, HR tech companies come and go.

Just one quick look on almost any software comparison site, and you’ll find more than 450 results for HR software. And several companies don’t even get as far as these lists! Yes, the odds of making a footprint in such an overcrowded market seemed stacked against Managing Director Sat Sindhar, and his initial team of under 10 employees.

Despite this, his company now employs more than 50 people. And this year, they celebrated the fact that more than 4,000 businesses were using their software. But how did they do it? What were the biggest drivers they used to power this early growth, and their continuing success? 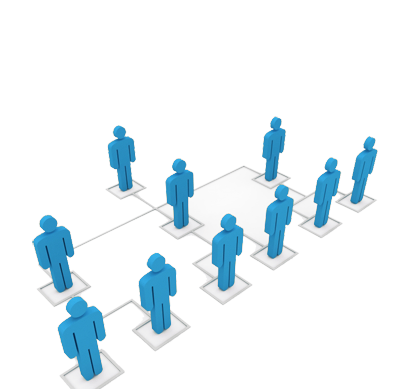 “That’s not how it went with People HR.” he continues. “They started with an understanding of HR professionals’ frustrations and aspirations. The solution’s core value wasn’t an after-thought. It was baked in from the beginning.”

Peter is quick to add that People HR is keen to address these frustrations and aspirations not just through their product, but through the way they do business, too.

“This value isn’t just baked into the software.” he says. “It’s baked into the entire company. It guides their training, customer support, operations, and sales & marketing. It’s even reflected in the way the company hires and manages its own employees.”

Another possible reason for People HR’s success, is the way in which Sat and his team identified the growing need for portable, web-based applications for business.

“We’d already built a very successful HR system a few years earlier.” explains Sat. “But this was a more traditional, locally installed solution. Beyond 2007, I noticed a massive surge in demand for flexible, cloud-based software that catered for a growing nation of remote workers and contingent workforces.”

A recent survey by Gartner confirms this, predicting that by 2017, deployment of locally installed software would drop from 34 percent, to 18 percent. Global buyers cited low cost, innovation and agility as their main reasons for switching to web-based software.

“I made sure that we didn’t just make our software easily available in the cloud” adds Sat. “I insisted that our developers optimised the software for a growing mobile market, using responsive design. This is basically a way of designing software so that users don’t need to pinch, pull, drag or zoom to use it on their smartphones.”

Successful businesses tend to have a strong and capable workforce behind them. Perhaps this is why, before People HR even launched their product, they invested a lot of time and money into articulating their culture, values, and employer brand.

An example of this is shown intheir popular employee handbook, which you can download for free. When the handbook was first written in 2013, many people criticised the approach it outlined, saying that it would be unsustainable as the company grew. But four years later, and with a workforce five times its original size, People HR continues to maintain the same core values it set off with, such as:

Perhaps there are more reasons why People HR went from zero to 4,000 in less than four years. But these are the most likely drivers of their success. If you want to emulate their success, then start with the three powerful points outlined above.