HomeTechnologyHow to Unblock Spotify and Listen from Anywhere
Technology

How to Unblock Spotify and Listen from Anywhere

Spotify is the number one app if you want to listen to music. However, not everybody has this opportunity. Some countries do not yet support Spotify, which makes it a major issue for those who want to enjoy music.

How to Unblock Spotify in Restricted Countries or at School? 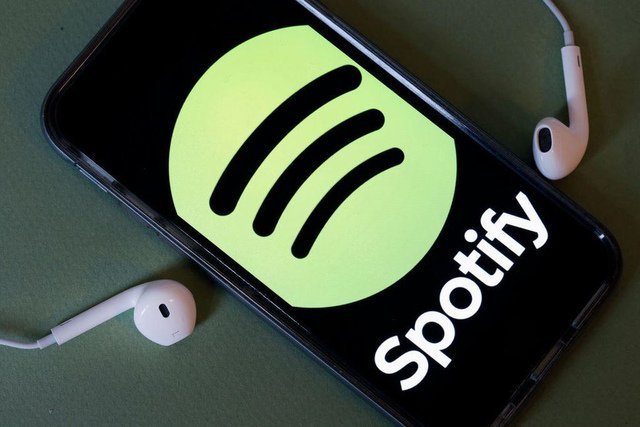 Spotify is the number one app if you want to listen to music. However, not everybody has this opportunity. Some countries do not yet support Spotify, which makes it a major issue for those who want to enjoy music. However, if you are a student, a lot of the schools or universities often restrict listening to music, and block Spotify on their premises. Therefore, the question remains the same, how to unblock Spotify and listen to it anywhere? Luckily, so does the answer. All you need to do is use a VPN. It is an ultimate solution that gives the power to access the internet freely. All you need to consider is getting a high-speed VPN service to listen to global music including Spotify.

How to Unblock Spotify with VPN

If you want to unblock Spotify wherever you are, RusVPN is the best option available if you want to know how to unblock Spotify. RusVPN has a variety of rapid servers available worldwide. You will be able to listen to your favorite songs using a VPN on Spotify. However, speed is not the only advantage of RusVPN. RusVPN values the privacy and security of its users over anything. With multiple encryptions, you can be sure that your data and information online will be safe with RusVPN. With all of the things it has to offer, the price still remains available for anyone who needs it. The only disadvantage the RusVPN has is the limitation of servers available. There are currently only over 100 servers available, however the number is rapidly growing. Check new version at https://rusvpn.com/en/

NordVPN is another good VPN that you can use to get Spotify unblocked. NordVPN has various different advantages to it, as well as some disadvantages. An important thing to note about NordVPN is that it has incredible privacy and security. They have double protection thanks to a double VPN that ensures that your personal data is safe. With one subscription to NordVPN, you can connect up to 6 devices at the same time, creating comfort for the user and giving more advantages with just one subscription. NordVPN offers over 4,000 servers in 62 different countries. It makes it a close to ideal VPN for almost anybody who wants to get a VPN for Spotify. As good as it sounds, NordVPN still has several disadvantages. Mainly being related to user friendliness. First of all, it takes a long time for the app to connect, as well as for the servers to connect. This may end up being vital for people who do not have the time to spare. If you are able to look past the slow connection and not-so-user-friendly OpenVPN configuration, then Nord VPN is a great choice.

Express VPN is up there with some of the best VPNs available on the market. It has multiple advantages that will teach you how to unblock Spotify. ExpressVPN has over 1,000 different servers in 94 countries. In addition, ExpressVPN can be installed on multiple different platforms from Mac to Xbox to even your router. ExpressVPN offers OpenVPN encryptions, which help protect your personal data. However, what separates ExpressVPN from the rest of the VPNs, is that they claim that their encryption cannot be decrypted. This makes ExpressVPN incredibly secure for the people using it, however there still are certain disadvantages to ExpressVPN. The biggest disadvantage that ExpressVPN has is the price. It is significantly more expensive than its competitors are. If you don’t mind the extra price, then this will be a great choice for you if you want a Spotify VPN.

CyberGhost is one of the better VPNs to use if you are getting a VPN for the first time. It is extremely simple to use and has many one-click functions. If you do not know how to set up a VPN, CyberGhost has you covered. It will automatically protect you whenever connect to a new network or Wi-Fi. Not only that, but GhostVPN will also remain connected at any time in order to keep you protected, even when you are away from your device. Although the price for CyberGhost VPN may seem high in comparison to its competitors, however when you take a look into the long term prices, nothing comes close. However, there are several problems relating to this VPN. Primarily, its speed. CyberGhost VPN has incredibly slow speed, both upload and download. Although speed may not necessarily be an issue for some people, security definitely is. There has been a lot of controversy surrounding CyberGhost VPN, stating that the “no logging” policy is not being upheld.

PrivateVPN is also one of the more popular VPNs out there. It has multiple different advantages, such as security, allowing torrenting, and other features. It is easy to use as well as download. However when it comes to finding a VPN for Spotify, it may not be the best options. Although it is a solid VPN overall, it has several flaws that may be decisive for certain individuals. The first major issue is the questionable logging policy. PrivateVPN claims to have no logging of your data whatsoever. However, they do keep track of your IP address as well as your cookies. What’s even worse, is that there is a chance that they may end up selling your information to third parties. They say that they only give non-identifiable information, but there is a chance that your data may not be as safe as it seems. Although their server speeds are high, they are inconsistent, and there is a chance that the Spotify VPN is not working.

In conclusion, the best VPN available out there for listening to Spotify is RusVPN. It has great server speeds, as well as a worldwide selection of servers that allows you to pick the best server available for you. If you want an affordable VPN with high server speeds that lets you listen to Spotify anywhere in the world, RusVPN is the perfect choice for you.