HomeBusinessHow to Do Advertisement with Dinosaurs
Business

How to Do Advertisement with Dinosaurs

The market is burgeoning exponentially in the twenty-first century and the competition has risen in almost every area of business. Every business organization aims to stand out from the rest of its kind and wants to be prominent among all competitors. The products and their quality offered by a brand or organization are of secondary importance these days, as the main task is to attract the customers and it is the prime focus of companies and brands these days. Every business organization keeps trying new methods of advertisement and tries to improve its insight. Companies have realized the significance of advertisement and are now spending a robust amount on advertisement strategies. 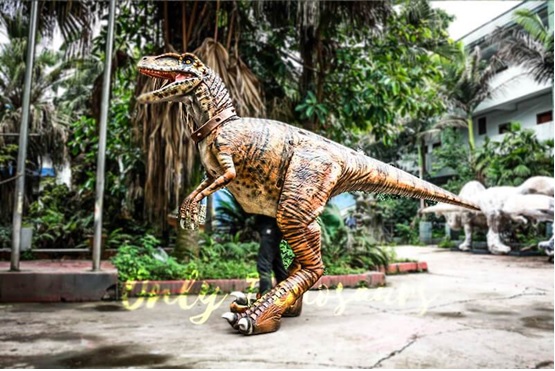 Competition in the shopping mall:

Imagine the scenario of a shopping mall with hundreds of outlets of different brands. There would be dozens of brands offering the same category of products with the almost same quality. But the customer will prioritize the outlet which offers at least some fascination and caters to his needs. Now, such an attraction can be created by appealing to the customer through the decorations and outlook, or by some other eye-catching element. The customer will be attracted to the outlet that will appeal to him the most. So, every entity would put its maximum effort into creating an aura that attracts the customer. This can also be done by putting interesting taglines or discount offers for attracting customers. But again, these strategies are adopted by almost all of the entities in the market. So, one needs to think of a better strategy to attract customers.

Giant Disney characters are often witnessed roaming around in shopping malls. These characters are often planted by toy stores or decoration stores for attracting the public. The workers wear the costumes of famous characters, often from Disney movies, and then try to attract the maximum public. The practice of using Disney characters for advertisement is quite old now and has probably lost its fascination. This attracts the children but this practice has been normalized now and does not offer much fascination. Now the task is to improvise the conventional practices in such a way that they fulfill the contemporary requirements.

Using Realistic Dinosaur Costumes like those available at Only Dinosaurs can be a great stunt for advertising. This is so because Dinosaurs are an extinct species but the whole public is familiar with them because of the fictional writings and movies prevailing since the end of the last century. It is not normal for the public to witness a realistic dinosaur walking in parks or zoos. So, the Realistic Dinosaur Costume will surely attract mass attention. Moreover, people from every age group and sphere of life will be attracted and the fascination will not be limited to the children only. From little children to teenagers, and from adults to grown-ups, almost everyone knows about this extinct species. Moreover, Jurassic Park fans and Dinosaur enthusiasts including Science geeks will instantaneously be attracted to a dinosaur advertising a brand in a mall. Moreover, Only Dinosaurs provides a variety of Realistic Dinosaur Costumes that span from baby dinosaur costumes to the fierce and scary adult dinosaurs like T-Rex, so one can choose the type of Realistic Dinosaur Costume as per the type of public that is required to be attracted.

The advertising dinosaur will stand out from the rest of the traditional advertising practices and will grab the attention of the maximum public. The costume operator can even attract more attention by performing different stunts or dancing. What a sight it would be to witness a scary member of an extinct species showing some hip hop moves! The customers are always attracted by the unusual and the unexpected, so the dancing dinosaur will be irresistible for the public and it will be impossible to ignore it.

Where to find it?

Finding a Realistic Dinosaur Costume is not difficult at all. One can get it easily from manufacturers like Only Dinosaurs at reasonable prices. Moreover, the Realistic Dinosaur Costumes are also rented by Only Dinosaurs in collaboration with their customers, so one can also rent it for testing purposes. The Realistic Dinosaur Costume does not need to stand still or just stay in front of the outlet. It can spread the word by roaming around the mall, by holding the slogan or brand logo as well. Moreover, it can be used accordingly as per the requirements. For example, it’s a nice idea to hand a nice toy to the dinosaur if it is supposed to advertise a toy store, or decorating it with a fancy necklace for a jewelry store is not a bad idea either.

The growing competition in the market calls for advanced and more creative ideas for grabbing public attention and attracting customers. Every entity is trying to step up in this aspect and rule out its rivals from the competition. Advertisement often requires the investment of heavy amounts along with creativity. A reasonable option is to mold the traditional advertisement strategies in such a way that it requires minimum resources and gives maximum output. Using Realistic Dinosaur Costumes like those available at Only Dinosaurs for advertising can do this job efficiently.