How Powerful is Apple in Modern Society?

We see Apple tech dominating the industry and conscientiously accept that this tech giant has truly influenced our lifestyle. There are numerous reasons for this kind of thinking – from the immense impact on consumer electronics to the holding of a grip on media and entertainment apps and technologies. 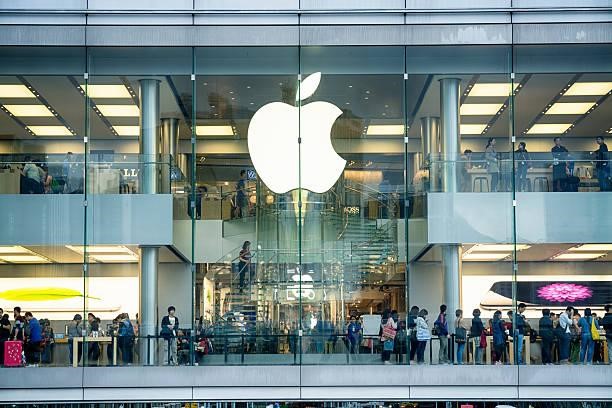 In 2021, Apple realized revenues of around 400 billion dollars and a net income of almost 100 billion. These numbers ring the alarm for questioning how mighty this tech giant really is and how it defines our day and age.

Let’s see for ourselves!

Nonetheless, Apple is diverse and consists of numerous products. Apple’s portfolio currently includes the famous iPhone and iPad, the Apple Watch, Mac, iPod, and Apple TV. These products are boxing their way into our homes, cars, and workplaces and are starting to define our everyday activities.

This percentage indicates that the company doesn’t only have the power to sell phones but also to impact macroeconomic measures and trade policies.

Today, the company enables more than 2.000.000 jobs in 50 states. Moreover, it holds more than 500 retail stores across the globe and is one of the biggest American taxpayers. Apple paid more than 19 billion dollars in income taxes for 2022 alone, which is an extra reason to reconsider the power Apple can have on authorities and policymakers.

Media & Entertainment: Another of Apple’s Worlds

Besides consumer electronics, the tech giant is famous for its apps and stores. No smartphone user hasn’t heard about iTunes or the App Store. For example, the annual iOS and game downloads for 2022 were 32 billion times.

This number stresses the fact that millions of people use the Apple Store or iTunes to download their favorite games, music, and apps for everyday functioning. It’s even more astonishing that this number is continually growing parallel to the growth of consumer electronics retail.

The company constantly develops new apps, games, and entertainment features that boost Apple’s revenues and profits. For instance, you can now subscribe to ad-free podcasts or the newly launched Apple Arcade (a platform with more than 100 ad-free games available).

Apple also started blocking gambling ads on the Apple Store and other platforms after criticism by the developers and users. Along with the carbon neutral and environmental policies, this portrays Apple as a corporately responsible and caring company.

Again, Apple media and entertainment services raise the question of how they impact our everyday lives and make us dependent upon the operations of a single enterprise.

As we’ve mentioned, the company has more than 500 retail stores worldwide. However, they impact our society on more than one level. From employment and career development to consumer spending and loans – Apple’s retail system is exquisitely powerful!

Apple stores employ workers with all kinds of competence, skills, and experience. In 2022 alone, the company directly employed more than 164.000 people. The whole Apple ecosystem consists of more than 2.000.000 people earning their living while the company also offers many career development opportunities.

This also has an incredible impact on consumer spending and other macroeconomic areas; we’ll analyze some of them in addition.

By providing steady and well-paid jobs, Apple increases the overall consumer spending in each state. IT experts, administrative workers, business experts, managers, and business specialists are each part of the consumer mass.

With the increased payrolls and career development opportunities, these people can boost their spending and strengthen the overall economy. What’s even more interesting is that these spendings are also – although marginally – impacting the loan market.

Online retail is another advantage Apple exploits to boost its revenues and profits. Apple eCommerce net sales have increased almost three times between 2014 and 2022. Now, you can shop for all the latest products, accessories, and services with a single click.

To Conclude – Can We Really Grasp The Power of Apple!?

As we’ve seen, Apple impacts many spheres of our everyday lives. We can see the power of Apple in the increased usage of its consumer electronics (iPhones, iPads, iPods) as well as its entertainment and media services (iTunes and Apple Store).

Moreover, Apple enables plenty of jobs and is proactive in creating federal and state policies. We’ll see what the future brings us, but one thing is sure – Apple’s impact will continue to grow.