HomeTechnologyHow Do Some Drones Have Such Long Range
Technology

How Do Some Drones Have Such Long Range

Drones are unmanned aerial vehicles that can be controlled remotely. They are often used in military and law enforcement contexts, but they can also be used for civilian purposes. 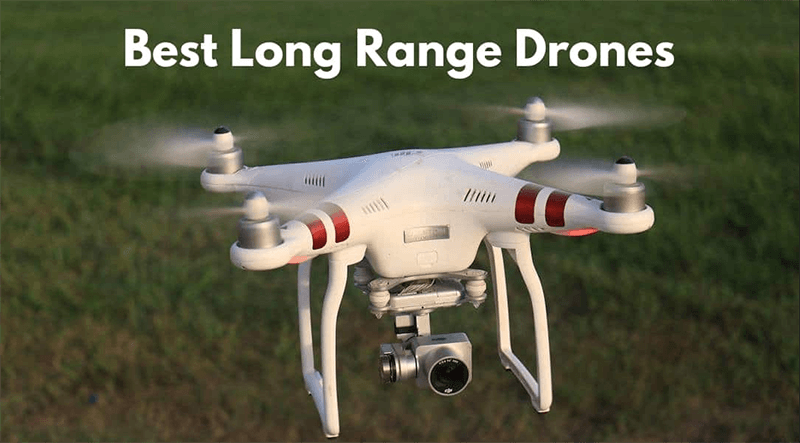 But are all types of drones designed to fly at long distances? There is no definitive answer to this question, as it depends on a number of factors such as the size and weight of the drone, the weather conditions, and the altitude at which it is flying. In general, though, most drones can fly at relatively long ranges.

So how do some drones have such long range while others can only fly near the vicinity of its controller? Get to know more about this topic as you continue reading this post.

In good weather conditions, a drone can fly up to 30 minutes. Under most weather conditions, most drones can fly for an average of 15-20 minutes. A few drones have even been known to be able to fly as long as 45 or 60 minutes. In comparison, most remote control airplanes and helicopters usually have a flight time of 10-15 minutes.

The distance a drone can fly also depends on its payload. A drone carrying a light payload can fly further than one carrying a heavier payload.

On the other hand, smaller drones can usually fly up to a range of 1/2 mile (804 m), and large or expensive ones can fly as far as 3-5 miles (4.8-8 km). Again, this depends on the payload and weather conditions.

Drone manufacturers and experts also claim that drones equipped with GPS and GLONASS (a Russian satellite navigation system) can fly as far as 75 miles (120 km). This, however, has to be verified by the user.

Drone technology is still fairly new and there are not yet official regulations regarding how high drones can fly or how far they can fly. In the future, it is likely that more regulations will be put in place to ensure the safety of both people and property.

In the meantime, it is important to research the capabilities of your specific drone model before flying it in order to avoid any potential problems.

Some drones can fly farther from its controller because they use a number of methods to allow it. To be specific, a few types of drones have been built, some with the ability to be piloted from a distance while others use their sensors and payloads to get images from afar. While some also offer autopilot capabilities so it can fly itself back after running out of power or losing contact with its operator.

Moreover, how far a drone can fly will depend on the complexity of its design and what type it is.

A fixed wing drone is capable of flying at greater distances than a quadcopter, but they’re less flexible and typically more expensive.

Another factor is the type of sensor technology used:

There are two main types of sensors, active and passive. Active sensors send out a signal to collect information about their surroundings, while passive systems rely on signals that already exist in the environment (like visible light or radio waves).

Active sensing is much harder to fool, but it also tends to be more expensive and can give away the drone’s position. Passive sensors are less reliable but much stealthier—making them better for covert operations.

The type of sensor technology used, the size and weight of the drone, how much power it has available to carry out different functions—all of these factors play into how far a drone can fly.

Any drone that is autonomously piloted will have to use some combination of sensors in order to get around successfully.

Drones are becoming more autonomous and with the payloads they can carry, they can be very advantageous in many situations. These advances in technology and more to come will allow for drones to be used more regularly and with greater capabilities.

With this, we’ll see drones used in our homes, on our rooftops monitoring the environment around us, perhaps even delivering packages. In many ways, designing these flying machines is just as much about buildings as it is about the drones themselves.

Drones are becoming easier to use and more accessible, so we can fairly predict that they will become even more common in our lives as time goes on. And looking at them now, it’s hard to imagine what future applications there might be for them—there’s definitely a lot of potential here.

Developers and designers can both help drones to become even more useful and commonplace in the future.

Overall, there are many opportunities for this, but these devices aren’t just limited to their original functionality—they’re capable of much, much more.

How To Choose The Right Topic To Write On Technology Essays?

Which Sports Stream Website Is Available To Watch All Sports In The USA?

Everything A Tech Business Needs to Do to Boost Productivity

How to Organize Your Work to Be the Most Effective Freelancer