Forex trading, by definition, is all about trading money for money. Unlike stock trading where you bet on the success of a company, in Forex trading You trade one currency with another, making up a currency pair. There are a lot of factors that affect the foreign exchange market,  but one of the most important one is the interest rates.

The currency market is always governed by global interest rates, and there are many topics to tackle when it comes to interest rates. Such topics include inflation and interest rate differentials. 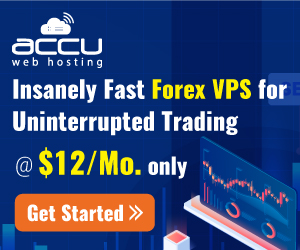 When you try to gauge the (real) value of a currency, you have to determine its interest rate. You have to know how a country’s central bank sets the country’s monetary policies. It’s an extremely crucial thing to keep an eye on.

And among the factors that affect a central bank’s decision is the country’s goods’ price stability. This is also referred to as ‘inflation,’ which is the steady increase in the prices of goods and services.

Inflation is the reason why products in the past cost much, much lower than their prices now. And it’s generally agreed that moderate inflation comes with economic growth.

Increasing the interest rates can translate to lowering overall economic growth and slower inflation. This is because higher interest rates typically compel consumers to save more and borrow less, hence the slower economic activity.

On the flip side, if the central banks decide to decrease interest rates, more consumers and more businesses will gravitate towards borrowing. This is because banks basically becomes more lax with lending requirements. This spurs retail and capital spending, swelling the economy faster.

Interest rates, by being higher or lower, control the flow of global capital into and out of a country. Essentially, these are what forex traders use to help them decide whether they’ll invest in a country’s currency or not.

To illustrate, suppose you were given the choice between two savings accounts. One savings account offer 1% interest, while the other only offers 0.25% interest. You would definitely choose the one that gives you more benefit, depending on what your situation is.

You would choose the one that offers 1%, because it’s higher than the other.