Facts About Chandler Bing – The King Of Sarcasm

Chandler Bing is a name that resonates with every nook and cranny of all parts of the world. He was seen as a prominent character in the show Friends which is still a rage amongst the Millennials and Genz population. He was shown as an awkward personality with a weird sense of humor which reflected his character as most desirable and fun. The absence of this personality would have rendered the show less exciting for it’s his character that gave all the necessary punches and ebbs to the series. 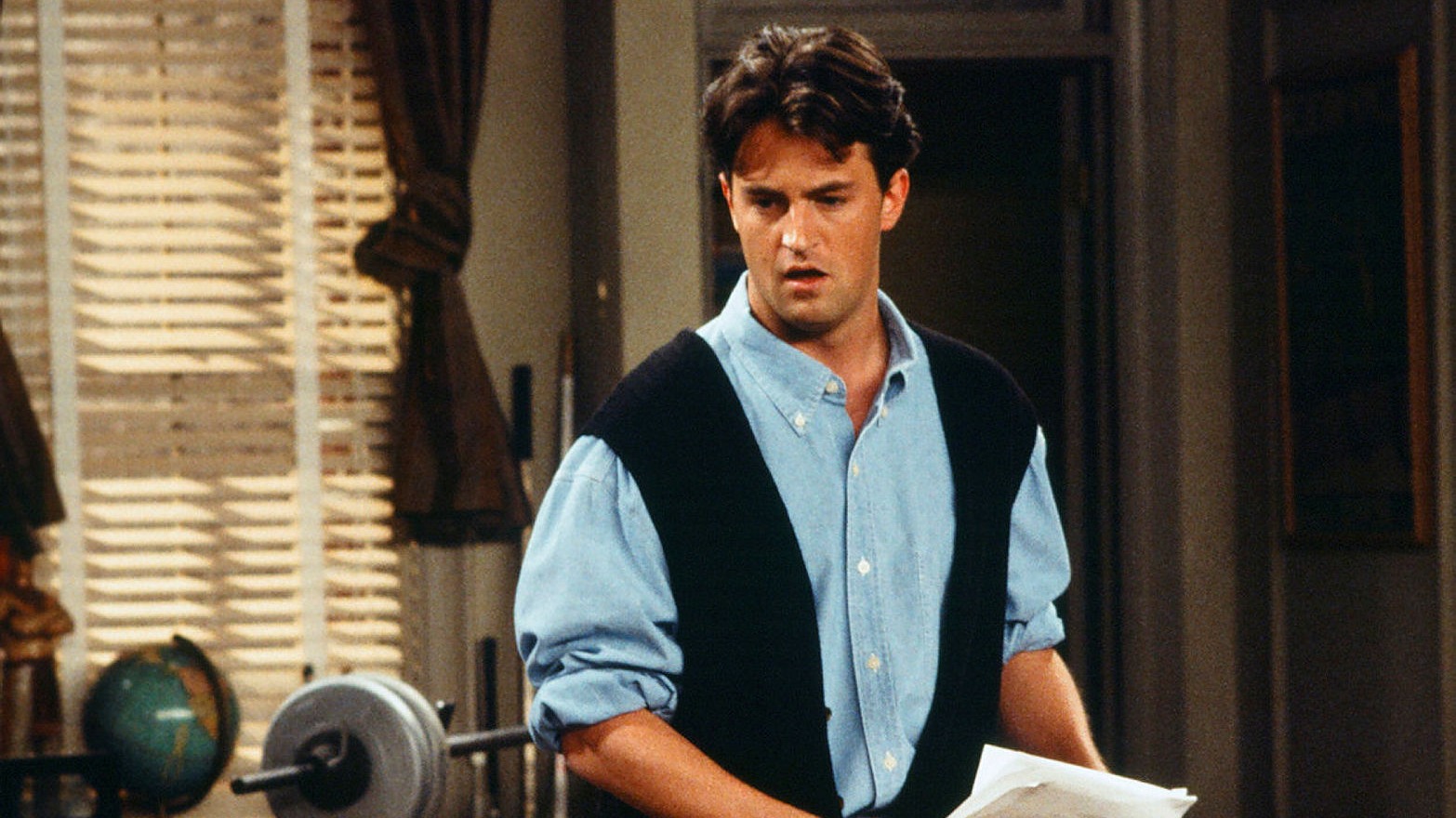 His lines became buzz lines of those times when people mouthed them often and also connected with the character extremely. It touched the nerve of people who are lonely and longing for love in desperation. “I am hopeless and awkward and desperate for love” is his famous line which oozed out the needy vibe and resonated with millions. His sarcasm was popularly hailed by people for it landed humorously when he mouthed them and made people laugh instantly. He would use humor as a defense mechanism to heal the wounds of his past in the show. This is something that got portrayed in the show. However, the real man comes across as a more interesting personality than what was depicted and this document is a dedication to him to throw some light on this person in reality.

There are so many facts and lesser-known details about chandler which might interest people in many ways. He is a character that was loved and adored massively as he became a prototype for any humorous person. He was also acclaimed for bringing life to a character that was most enjoyable as it enlivened the show to a different level.

His influence and inspiration for the character:

His character is a greater reflection of his own personality Mathew Perry. Mathew Perry along with the witty character of Joey Tribbiani would have made the scenes livelier with many humorous moments in the show. It was commonly said that even the writer of the show considered his take on the character more significant as he mouthed most of the lines on his own. 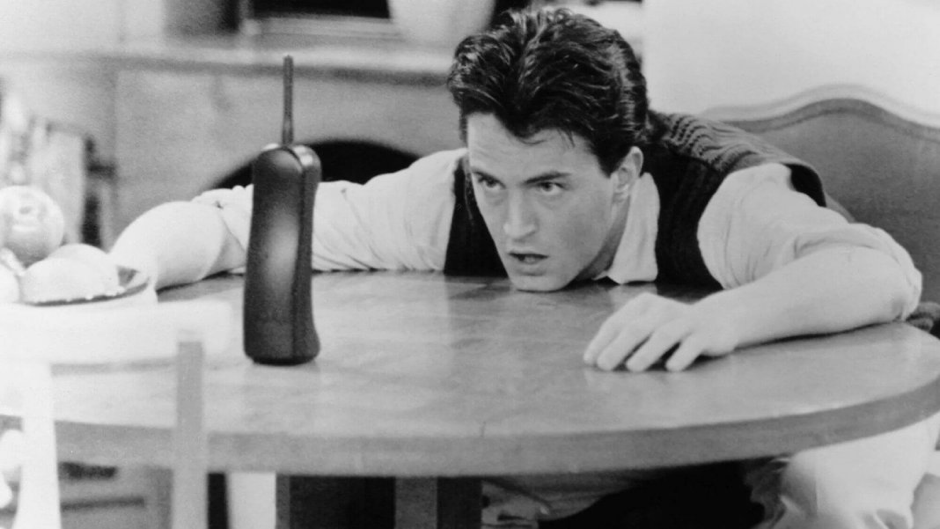 He came across as an effeminate personality and struck people as gay. Some people were shocked to finally come to know that he was actually not gay. The show also has a line where it says he has a quality that reflects his homosexuality. However, it was the way he carried his personality which made him depict a sensitive sexual person on the whole.

He was just the perfect person for the character who donned the role with perfection. He made it seem so natural that everything about the character rang true. It was actually said to have been culled from his real life including his parent’s divorce. You have to watch him unravel the role at ease to know more about him and his real life.

Initially, the show was supposed to feature only 4 main characters. However, Chandler’s role was added as an addon along with Phoebe’s. After the show went on floors, the creators decided they could not on any level discard the roles of Chandler and Phoebe at any cost for their presence enticed the audience to a greater extent than what was expected. There was liveliness about their roles which stood out from the ordinary and also gave the series a layering that made it more funny and quirky. He comes across as a person who is socially anxious when it comes to women which would be depicted in the show too vividly. That is something that has directly been adapted from his real life where his anxiety around women was too palpable.

Mathew Perry as a writer:

This is another interesting factor that seems quite surprising given its instance. The creators wanted to emulate the real character of Mathew Perry which is why they insisted on him writing his own lines. Most of his vociferous statements were his own and that did not come as a shock because he was too discernible as Chandler Bing that no one else could have befitted that character with impeccable perfection.

He was also believed to have given reactions that were too instinctive in its landing. They had a flow of natural verbosity which only proved the existence of him being himself at ease. He concurred with the writers for most of his lines and was quite adept at delivering it without any flaw. Now we could really comprehend how the character shaped into something so funny and radiant. Not without his own efforts would that have been possible.

When the show began, there were many scenes with his bro and there was no connection with any girl when it came to Chandler. This made people wonder about his real sexual orientation and also in the show. It made people come to the conclusion that Chandler was gay. Lisa Kudrow was gay and the truth actually shocked her to extremes.

One night stance between Chandler and Monica:

Initially, when these two characters Monica and Chandler hooked up in London, it was supposed to be a one-night fling and it was not supposed to continue. However, that one instance shocked people and gave them some amount of astonishment that they started loving the pair with their bonds. This made the writers proceed in that angle to hook them both up and that is why the pair became exclusively sensational. 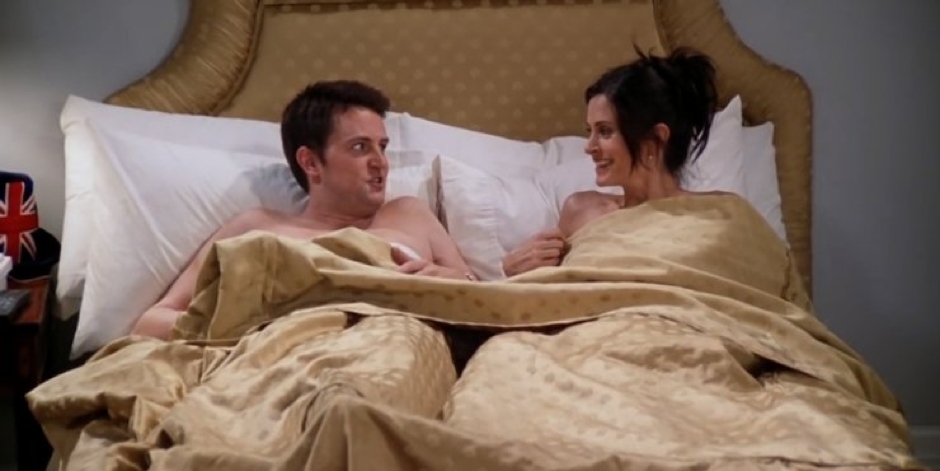 Chandler was a weird name as it would have been mentioned in the show at one point. The name was quite peculiar and unique that people thought it was just a coined word that meant nothing. The name of a candlemaker or probably like a chandelier would have been the description of the name if any.

However, this concept underwent a change after the release of the series when everybody started naming their kid chandler inspired by his role. It was such acclaim for the character which elevated his acting carrier to a level higher.

The craze was exclusive and feverish in a tone that the character stood out with such excellence that everybody was lured towards it. No other character has even come close to that kind of attraction which has even stood the test of time till today.

This was another fun aspect of his character which cracked up people to extremes. His dancing was peculiar to the extent it looked hilarious on the show. However, he owned it like only he could do it with such lightness. 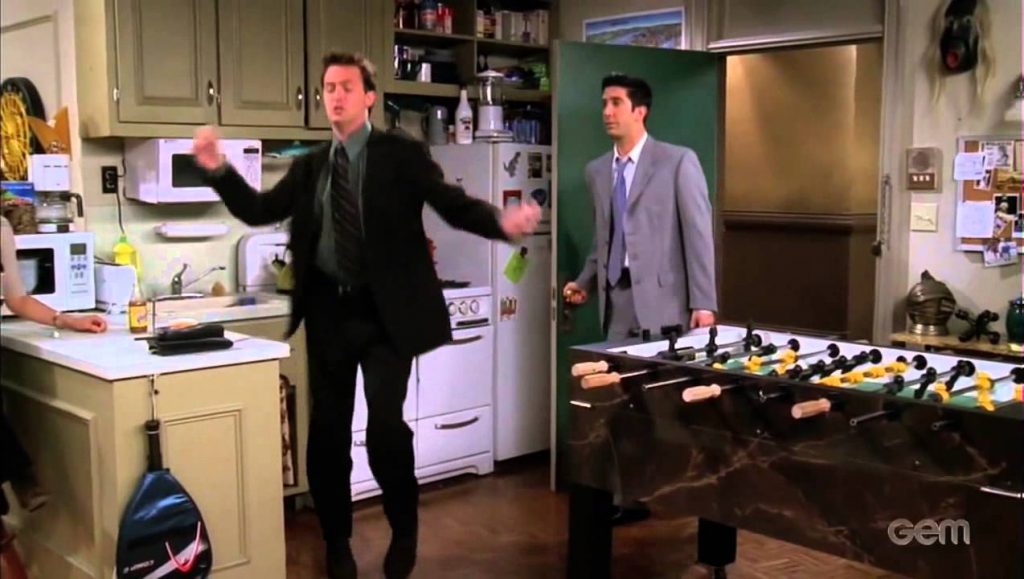 He came across as a person who was selfless and stood by his friends at times of distress as well. He helped Joey, his friend at times of his need and was quite a lovely bro which was evident in their love. He is a perfect brother for all of them which is also apparently his nature as was quite visible in the show as well.

Though the character came across as perfect and hilarious, he was also quite flawed and messy. He would always goof up conversations or advice with his friends which would end up being more disastrous as a result. This is also portrayed very naturally as any other normal person would have been at his conventional age.

Chandler, at the beginning of the 7th season, would have lost weight and would look puny. This was the time he battled drug addiction in real life. He was admitted to rehab and got recovered in the subsequent time. He was also called back for the shoot and apparently became alright in the meantime. 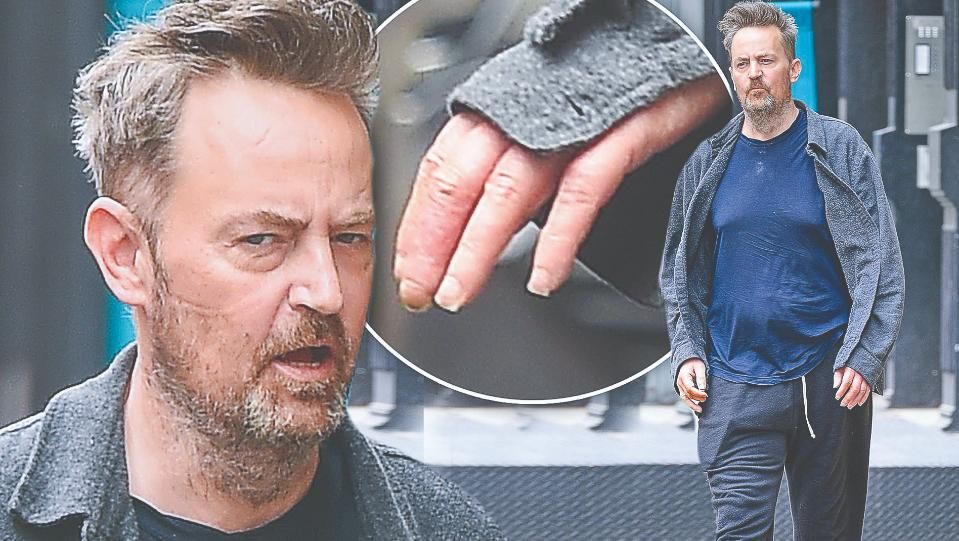 Chandler Bing was an exquisite character who stood in the chambers of many people’s hearts. It would be difficult to erase him from the good books of people as the character was so touchy and sensible. No other character can even come close to depicting Chandler Bing as it invigorated the viewers who watched the show. His presence elevated its content and also made it more fun and livelier. Know facts about the original Chandler Bing to have some real connection with the character.