HomeBusinessDaewoo Battery vs Ags Battery? Which is best for Ups?
Business

Daewoo Battery vs Ags Battery? Which is best for Ups?

Summer brings with it power outages in Pakistan, the reason being that there is more usage of electricity. This is due to people using ACs to cool their homes. Despite the modern split ACs with DC inverter technology that uses a lot less in comparison to the technology before, it is still a lot of pickup in usage. When power outages became common, people started compensating for them by installing Uninterruptible Power Supply (UPS) systems. These have become an almost fixed feature of most of the spaces occupied by us, from offices to schools to homes. 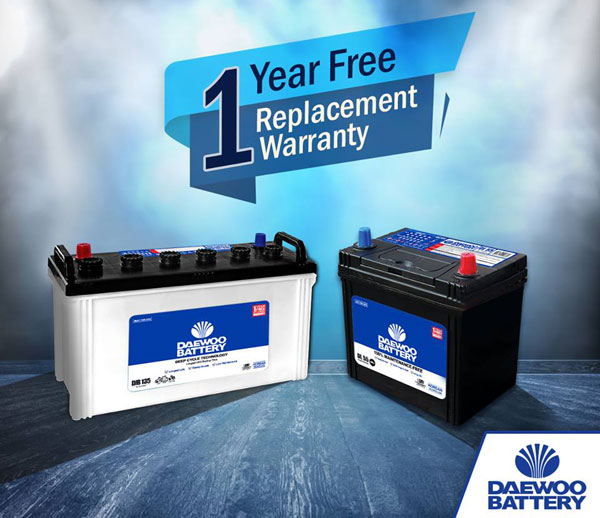 The UPS and wet batteries

A UPS uses a batteries to store power, it is very normal for people to use the wet batteries that are also used in cars. The life of these batteries is average as is their power storage efficiency, they lose about as much power as they are able to put out when needed. Wet batteries were designed to put out a surge of current for a short period, which was used to start the car.

Once the car started all the current the car needed was provided by the alternator built into the engine. This lack in ability to keep a sustained current is problematic to begin with. Meaning it discharges a lot faster. If such a battery is completely discharged a few certain number of times it can get weak and not pick up charge well. Essentially going dead and dysfunctional.

The battery that is better for a UPS

To counter the issues of a wet battery, over time, newer battery technologies have been employed. The ones considered to work well for a UPS are known as Deep Cycle Batteries. These are designed to provide a steady amount of current over sustained periods, that in itself works well for what the function of a UPS is. This is achieved by building it with thicker plates. These batteries are maintenance-free so one doesn’t have to keep the electrolyte levels in check.

A few different brand produce these kinds of batteries local. The two we are focusing on today are Daewoo and AGS. Daewoo makes use of technology from South Korea, with a team present in Pakistan to keep an eye on the implementation of their technical designs. While AGS is a partnership between the Atlas Group with GS Yusa of Japan.

It would be hard to pick a clear winner but Japanese technology in the electrical field has generally been of a superior quality. You can explore AGS battery prices here. AGS is also the supplier to a host of local car manufacturers such as Nissan, Toyota, Land Rover and Suzuki. It has been in the battery business since 1969, giving it an edge of sustained quality maintenance.

To pick one over the other there are a few facts that one can take into consideration. AGS’s production systems have also been awarded the ISO 14001:2015 certification, for Environment Management Systems. Also, the OHSAS 18001:2007 rating, which is the standard for Occupational Health & Safety Management. They have also been awarded the World Quality Commitment International Star Award twice once in 2005 in Paris and in 2009 in New York.

The eventual choice is up to you, as it is also based on the budget one has in mind. The prices are comparable, with Daewoo being slightly more expensive.