Blockchain is most well-known for its use in cryptocurrency and preventing the changing of the currency record. Because each block has a hash for the block before and after itself, tampering with the data would require changing all other blocks, as well as the blockchains of thousands or millions of users. Otherwise, there is a readily apparent discrepancy. In combination with the data being encrypted, blockchain is highly secure. The security of blockchain can potentially be used for different applications such as keeping track of assets and contracts. In real estate, comprised of assets and contracts, blockchain would not only provide security and transparency but make the market more efficient and less costly. 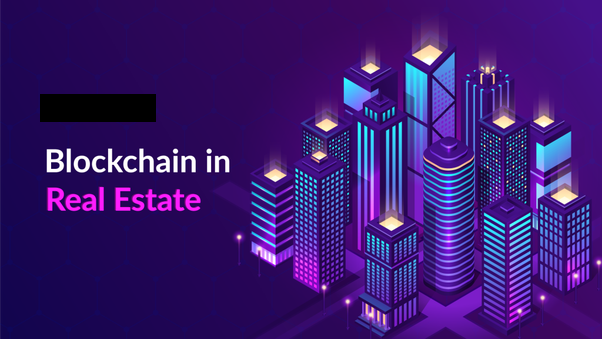 Currently, many homes for sale are shown online, but are still sold in-person and can take months to sell and transfer the property title. If blockchain were popularized in the real estate market, there would be no need for a middleman, such as a real estate agent, due to the decentralization. The process would become more automated since listings, payment, and documentation would be contained within the blockchain. Property titles would be within the blockchain, meaning there would be more security against title errors or fraud.

Errors or fraud in physical paper documents can be a huge expense to homeowners, and a title cannot be transferred if errors are found. Errors are also common, resulting in many people buying insurance. Property titles and digital identities stored in a blockchain would allow for a quick verification process verified by a secure, automated system with little need for additional insurance. Not only that, all records would be readily available and provide transparency and trust, two traits that make blockchain appealing across different applications. While real estate agents would be harmed by such a massive change in the way property gets sold, most consumers benefit from the increased efficiency and cut costs from middlemen and fees.

Furthermore, the issues with the high upfront costs of real estate would be diminished through fractional ownership. Many people struggle with affording housing or having to take out a loan that will take years to pay off, which is also why it is difficult to become an investor. With blockchain, real estate’s value could be tokenized, which would work as shares, like in stocks. Real estate could become a liquid asset and percentages of a property could be owned by different investors at a lower cost. More people would be able to participate in the market, which could increase opportunities for many people to increase their personal wealth and be able to afford their own homes.

Blockchain smart contracts would reliably keep track of the exchanges and change the way people view real estate. They would be seen more like stocks or online purchases, rather than a daunting expense. In both transferring and investment, there is an importance in ownership and proof of identity. Sensitive data is willingly released all of the time, and digital identity in a blockchain would protect that. A vital part in identifying ownership and verifying a person for employment and income efficiently would be to create digital identities that link to the system that is used to sell and keep records of real estate.

Such digital identities would also streamline the process of being verified for a loan or paying rent. The reliance on physical documents is time-consuming, and a centralized authority can become a vulnerability or personally tamper with the data. As industries and sectors transfer online, digital identities are a concept that will make the connection between them and individuals more efficient. The paperwork ordinarily given by a third party that sectors ask for in order to trust an individual would be present online. In the real estate market, a digital identity would allow buyers, sellers, and potentially bankers to connect in a streamlined fashion.

Considering the improvement and opportunity the use of blockchain would bring to the average person, blockchain would certainly revolutionize the real estate market and fix economic hurdles faced by many people. If the future permits the use of blockchain in the market, the way the majority of people purchase and sell their property would be completely different. In addition, many of the costs that are currently a part of real estate ownership and sale would vanish.

With the broader trend of digitization, digital identities will become more necessary to safely and reliably interact with multiple sectors within a network. Connection and trust are key, which blockchain can provide. It is a building block for how the needs of reality, for consumers, businesses, and governments, will be met online. However, it is a relatively new tool, and widespread use will take time. Major shifts in the economy are involved, and an economy where secure digital identities are the norm is a different world. Who knows how far away that world is?