Bitcoins have surpassed our suspicions and have become an important financial source with the passage of time. It has been a significant tool of the financial world for all the incredible revolutions it has contributed to the arena over the years. Although Bitcoins have garnered that surplus recognition, it is still trying to prove its authenticity to people who are still inhibitive about cryptocurrencies. The path it has strode to reach this level of fame has been filled with bumps and dents, but substantial growth has already been achieved far ahead from all the pains. All it is trying to do now is striving to get acquainted with the marginalized people who are still coming to terms with its enormous boom. Although it has acquired a stature to be the legal currency of many countries, it is still far from piercing its path into the acceptance by poor people. 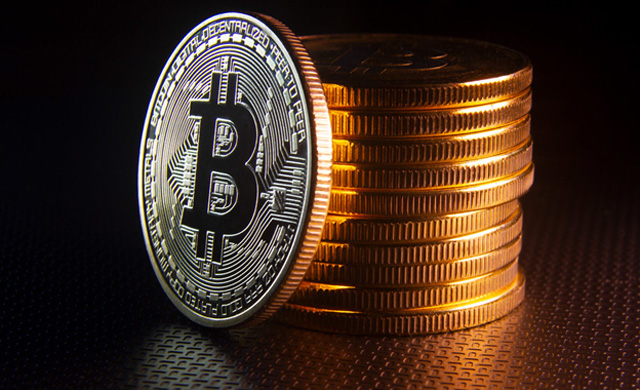 One factor that has become imminently favourable for Bitcoins is the accessibility and proximity it has gained over the years with all the digitalization looming larger. In most places, the financial arena has been cloaked with the emergence of Bitcoins that Economists now immerse themselves in ruminating over its growth worldwide. As we established before that lower classes or impoverished people are still struggling to come to peace with Bitcoins, but the improvement it is going to thrust upon these classes is immense in all proportions. It is also touted as the serving angel for eradicating poverty once and for all.

These claims have floated the wind in recent times and the gravity of such sweeping statements have taken everybody by storm. However, this proclamation has been backed by a barrage of proofs that tips the scales in favour of such a verdict which we will discuss henceforth. There are so many factors that bring Bitcoins closer to the reach of people which would aid in alleviating poverty to considerable levels. The most significant ones are access, no extra expenses, elevating capital, and ample opportunities to spruce up the economy.

There are marginalized people in every section of society who still have lesser access to education and financial progress. The banks and other economic firms have operated with lesser technical requirements, for lower-class people to avail their service at ease. As the pandemic cleaved its way to spoil such proximity, these people have been deprived of any access to the financial world.

However, Bitcoins come as a solace for these people who would not require any extra education to try their hand at it. A smartphone, which by now, everybody has and an internet connection would suffice the needs to access it. Initial guidance on its functionality and the way around navigating through the websites would help a great deal in syncing these people’s interests to invest in Bitcoins. They will come around easily and all the related services like borrowing, lending, or investing money can be done effectively with such a piece of knowledge.

Eliminating poverty is easier said than done. The constraints that burden these downtrodden people from attaining economic progress are humongous because of the capital limitations in the financial system. Raising the capital of any financial source becomes the most important task to even dream about accomplishing something like that. The only way to steer your way through such progress is to incline society towards cryptocurrency, mainly Bitcoins. We have seen the emergence of Bitcoins and the boom it has undergone which clearly fructifies such a vision prospectively.

One thing that strikes as an explicitly beneficial aspect of Bitcoins is that it is not controlled by the national government. Hence any transaction need not have to go through a series of validations or approvals. The easiness of accessing them and capitalizing on them for foreign trades or investments would not be tedious given the reach it has. Even small-scale industries or start-ups can leverage the cryptocurrency platform and make it big within no time. This could be looked at as an eventual opportunity to eradicate poverty in all spheres effectively.

The transaction fees that banks demand are huge given the complication of the system. Bitcoin’s transactions are bereft of any banks or economical forums that any extra expenses become negligible. There is no mediator or third-party intrusion to initiate transfers that no amount is deducted for such services. The effectiveness of blockchain technology extends its horizon to every aspect of the economy from the security of the money to transferring it successfully without any hiccups. Banks have now changed sides and are drifting their system to suit blockchain technology. The transaction costs because of this facet have gone down considerably even in banks which in turn boosts the economy in considerable proportions.

The lack of safety and security in the banking system seems to be the major spoilsport when it comes to any financial transactions. An opaque and vulnerable system like this is the reason for the retention of poverty in developing countries. However, with Bitcoins at the forefront, the arduous effort required to secure data is redundant. All the transactions are stored in a public ledger and are available for everybody’s notice. Tampering with it is impossible as the visibility towards the data is universal and any small tweaks in the system would be notified globally without escaping the attention of the members. This keeps all the corruption and adulteration at bay and secures the data with transparency intact.

Unemployment is one issue that is bugging the country to its roots. Doing business is not something that can be offered on a platter with one individual at the helm. It needs a hierarchy of people labouring over the efforts to make a business prosper. Blockchain technology is new in the league and would definitely help a great deal in employment as people who learn the technology can succeed in establishing it elsewhere. The new terrains of business and industries can grow with the development of Blockchain technology aiding the unemployed people to earn their bread through this means.

Conclusion: Bitcoins have the capacity to upend the financial spectrum of the country to a large extent. However, they should be used and leveraged properly in order to succeed in its bid. One should be adept in dealing with those coins and needs essential knowledge to do business with them. Bitcoins can help assuage poverty considerably when it is helmed with proper leadership and effective governance. Read more to establish the same context.

What is the Best Exchange to Cash Out Bitcoin? Experts’ Opinions

Jeff Lerner Reviews – The #1 Man You Should Follow Online

Why Study Business Diploma In Toronto?

The Benefits of Being an Alumni of a University