Mobile gaming is quite a popular form of entertainment, especially in India. Statistical reports suggest that nearly half the mobile users use their portable gadgets to play games – both online and offline. And we all know that, as games become more and more demanding, gamers need phones that can support those games. 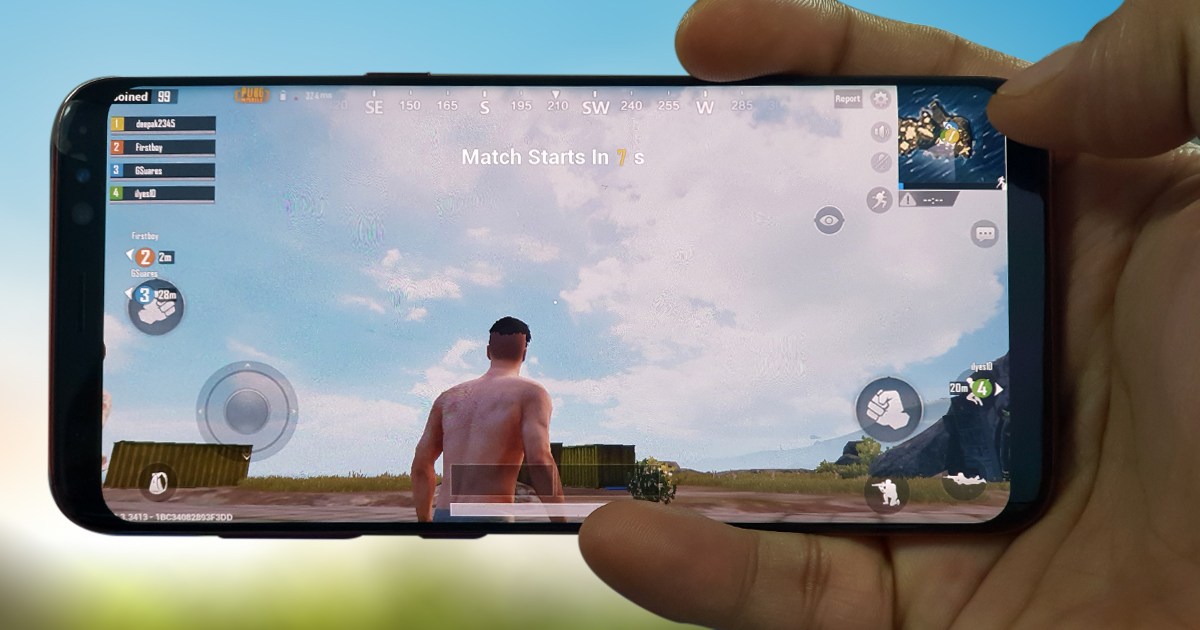 Are you looking for a new phone that can deliver you the best gaming experience? You have come to the right spot! We have a list of the best games that are perfect for playing games. Browse the list and see which phones are topping the charts as the best gaming phones in the Indian market.

Asus is a Taiwanese brand that’s mostly known for computer hardware. In the last couple of years, the company has taken an interest in the gaming equipment as part of its expansion strategy. Many of its products are geared towards the gamer audience. However, the company has a bit of a reputation – customers mostly view Asus as a computer-oriented company. Although we must agree that Asus knows its business well, its expertise extends beyond computers.

Asus Rog Phone II is a perfect example of a gaming mobile phone. Under its hood, it packs 8GB RAM and a Qualcomm SDM855 Snapdragon 855+ chipset. It has a 6.59-inch AMOLED display with a 120Hz refresh rate, which is quite potent for a mobile phone. Plus, the 6,000mAh battery in Rog II is the most reliable one in a gaming phone that we have on this list.

Right now, Asus Rog Phone II is the most affordable gaming phone that you can acquire in India. It has potential and a lot of quality – and an excellent price. If you want to invest your money into something entirely worth every single penny, we recommend going for the Rog II model.

When it comes to mobile phones, Apple is an industry leader. This company pushes the boundaries of gaming each year, and the iPhone 11 set proves that. During the Apple Keynote Event in September 2019, we got to meet the new iPhone 11, 11 Pro, and 11 Pro Max. The third version is the most potent of the bunch, and much of that potential is hidden in the camera options and settings.

This phone goes beyond the traditional gaming phone. You can use it to play your favourite games from the App Store or experiment with Apple Arcade. Moreover, it is perfectly suitable for any action, arcade, strategy, or casino game that you can find at some of the top mobile casino websites in India.

6.5-inch HDR10 display that tops at 800 nits with latest A13 Bionic chip with a four-core Apple GPU guarantees the smoothest gameplay that you have ever seen. And have we mentioned the three-camera setup? If you ever decide to have a break in gaming, you can use the three cameras to take awesome selfies, photos, and capture videos. The only downside here is that iPhone 11 Pro Max has the highest price compared to other phones on our list.

OnePlus 8 Pro is currently the most powerful gaming phone on our list. It features 8GB LPDDR5 RAM and 128GB UFS 3.0 storage. Behind all this is the Snapdragon 865 chipset. When it comes to performance, it seems that the company behind the model created it with gaming in mind. The OxygenOS user interface is customized to bring the maximum resources during HDR playtime. Octa-core processor wraps everything up into a neat package perfect for gamers.

Moreover, there are four cameras whose only job is to deliver impeccable photographs and videos. Two of them have 48 MP, while the other two include a telephoto and color filter lenses.

Plus, as this is a gaming phone, the battery has an exceptional duration. 4,500mAh battery with 30W wireless and wired charging enable uninterrupted playtime for hours on end.

IQOO is the rising star on the mobile market in India. The 3 5G model is the first 5G-capable gaming phone that the company presented in India and other Asian markets. The brand IQOO focuses on the Asian audience, or more specifically, the gamer audience in Asia.

So far, the most distinguishable trait of this model is that it doesn’t look distinguishable. In other words, the visuals are, for the most part, ordinary – if we are talking about standard gamer aesthetics. But worry not – what the phone lacks in visuals, it compensates in performance.

Indeed, it sports a Snapdragon 865 chipset, 12GB RAM, and a 6.4-inch 1080p OLED display. The 4,440mAh battery is similar to other phones on our list, but others do not offer 55W wired charging capacity like 3 5G. The cherry on top is the “Monster Touch Buttons” that might remind you of Rog II – although these offer more comfortability.