If you’re looking to get into PC gaming then there’s one choice that may give you pause for thought. Should you be buying a gaming laptop, gaming PC or building a gaming pc? For many people, gaming laptops offer the perfect balance between gaming performance and convenience. But is a gaming laptop right for you? Keep reading to find out… 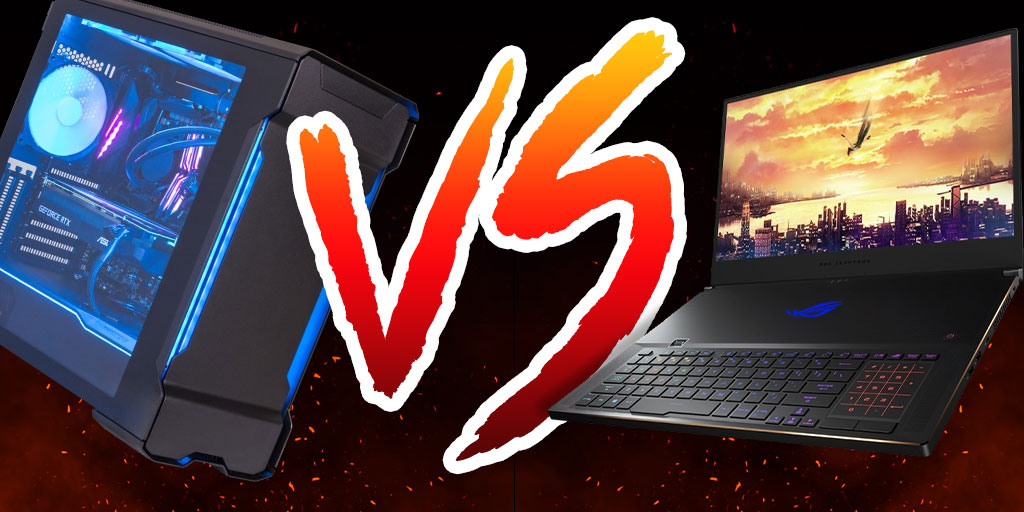 Is a gaming laptop different from a normal laptop?

The first thing we’ll cover is what a gaming laptop actually is.

Many people getting into the world of PC gaming often make the mistake of assuming that every laptop can be used for gaming.

But, if you want to play decent games, then that’s definitely not the case.

These dedicated gaming laptops feature gaming-specific components such as multi-core CPUs, high-performance GPUs and other features such as enhanced cooling and fast, high-capacity SSD storage drives.

So, if you do want to get into gaming on the go, be sure to purchase a laptop that has been designed especially for gaming.

The benefits of gaming laptops

Gaming laptops have come a long way in recent years. No longer are they the vastly heavy, bulky behemoths that they used to be.

In fact, they’re now so good that they give high-performance desktop gaming PCs a run for their money.

Below, we’ve set out some of the main ways that gaming laptops could be the perfect option for you.

Gaming laptops now have the processing power to go toe to toe with many desktop PCs.

Brands such as MSI, ASUS, Gigabyte, Razer and others are pushing the boundaries of what gaming laptops are capable of, including high-performance GPUs such as NVIDIA’s GeForce RTX 3060, 3070 and even 3080 in many of their systems.

Whilst gaming desktops typically come out on top when it comes to value for money, the recent shortage of graphics cards has changed this dynamic.

If you’re looking for a system (be it a desktop or laptop) with a high-performance NVIDIA or AMD graphics card, it’s increasingly becoming better value to buy a gaming laptop that includes one of these cards, rather than trying to buy a card alone for a desktop.

Plus, as more and more people get into gaming on the go, the average cost of gaming laptops is starting to decrease.

When you compare that price to the cost of gaming desktops or even the latest consoles such as the PS5, you’ll see that gaming laptops offer brilliant value for money.

For many gamers, this is the deciding factor when it comes to deciding between a gaming laptop or a desktop.

If you want to use your computer for gaming with friends, a bit of work, or even to go with you on trips and holidays, then a gaming laptop is the sensible choice.

Plus, if you rent and move around regularly, a gaming laptop is a far better proposition, rather than a gaming desktop which you will have to disassemble and reassemble.

Gaming desktops tend to have the upper hand when it comes to hardware upgrades, as they are easier to get into and replace components.

However, some manufacturers are making efforts to make their gaming laptops easier to upgrade, with modular components and access hatches for commonly upgraded components such as RAM.

As we alluded to earlier, gaming laptops are incredibly versatile. Whilst they are primarily designed to deliver an excellent gaming experience, it’s also perfectly possible to use them for other tasks including word processing, graphic design and even video editing.

Because gaming laptops feature high-performance components, they are capable of an array of intensive, process-heavy tasks, meaning they are also great for study and work aside from play.

Gaming laptop or gaming desktop? The choice is yours

So, is a gaming laptop better than a gaming PC? For most people it comes down to personal preference.

But, don’t let outdated views of laptops mislead you. As we’ve shown above, today’s gaming laptops are definitely batting in the same ballpark as gaming desktop PCs.