Apple to Pull off Its VPN Services from China App Store

The clamp down of the Chinese Government on the Internet remains as Apple declares to remove all the key VPN apps from the App Store in China. These VPNs basically assisted the Internet users to overcome the censorship system of the country. The pull was initially pointed by a provider based outside of China, ExpressVPN, which said that all key VPN apps comprising its own had been removed from the China-based store of Apple. The firm shared a note from Apple clarifying that its app was purged as “it embraces content that is unlawful in China.” 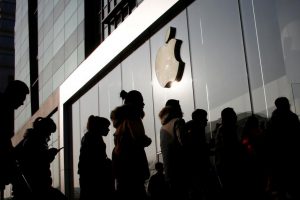 However, the company said the app will continue to be accessible to users around the globe outside of China. Nonetheless, the method to generate an App Store account in another country is unfamiliar to several users, so it is implausible to fill the gap of the removed Chinese app. Other key providers, including StarVPN and VyprVPN, confirmed that they have also received similar notice from Apple.

The App Store removal is extremely impactful as the VPNs depict the only means by which a China-based person can sidestep the state censorship controls to use the Internet without restraints. The Chinese Government has effectually outlawed VPNs with the new guidelines issued in January that needed them to obtain the grant of the government in order to function. And it seems that this is the reason why Apple was pressurized to purge ExpressVPN and others similar to it.

Apple may consider it is paramount for its business to agree with appeals from Beijing; however, this App Store removal just formed one of the biggest obstructions for the free Internet in the history of China. ExpressVPN via a blog, said, “We are disappointed in this change, as it embodies the stringent step the Chinese Government has taken to stop the VPNs usage so far and we are distressed to realize that Apple is assisting the censorship efforts of China. ExpressVPN strongly criticizes these steps that threaten civil liberties and free speech.”

Golden Frog’s President, Sunday Yokubaitis—who oversees VyprVPN—said, “We interpret Internet access as a human rights issue in China and I would wish Apple to give importance to human rights above profit.” He also said that Golden Frog will be filing a request to Apple over the veto.

Apple is in the middle of a localization drive in China and has assigned a new Managing Director for the area. It is also instituting a data center with a local associatein Guizhou’s southwestern province to conform to new Chinese cloud storage guidelines.