For many third-party sellers, using Amazon has been both a blessing and a curse. On the one hand, the platform brings significantly more traffic to their online stores compared to what they’d get on their own sites. On the other hand, Amazon makes sure sellers pay a hefty price for this advantage – and that price is going up in 2022. 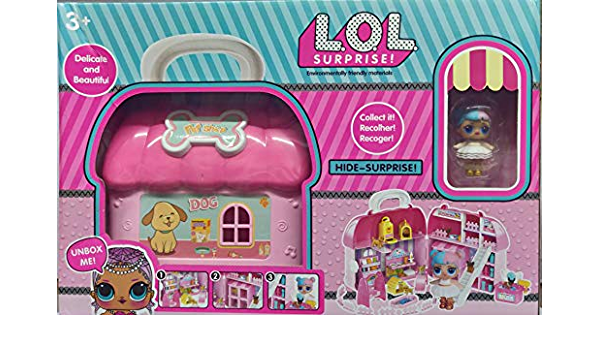 The key is for sellers to make sure they have a firm grasp on understanding their profit margins. Many of them use profit calculators like Shopkeeper to accurately track their margins; others do much of the leg-work themselves by using Seller Central, or exporting Amazon’s seller reports into their own spreadsheets. Regardless of the method used, tracking margins is necessary in order for sellers to optimize their profits.

That being the case, how will Amazon’s new fees affect sellers’ margins in 2022? Let’s check out the details.

Most items will leave FBA (Fulfillment by Amazon) warehouses because they got sold, but some of them become unsellable (often due to being damaged). Instead of sellers paying the FBA to ship their items to buyers, sometimes they have to pay to have the unsellable items shipped back to them, or destroyed by the FBA.

With nine size categories and a different fee increase for each one, sellers will have to work out for themselves how the increases affect their margins. They can certainly count on that happening to some degree, though; the eight largest size tiers are all increasing by more than 200%. For example, one of the smaller categories used to cost $0.48/unit for removal/disposal, but starting January 18th, 2022 it’ll cost $1.14/unit.

Sellers won’t just have to calculate for increased fees; they’ll also have to add a new one into the mix. They already had to pay extra to store inventory that stayed in warehouses past the one-year mark; that was $6.90/cubic foot or $0.15/unit (whichever was greater). That fee isn’t changing. What is changing is the rate they’ll be paying for items that remain in FBA warehouses between 271 and 365 days. On top of regular storage fees, the aged inventory surcharge will come out to $1.50/cubic foot starting May of 2022.

This is just one possible scenario in which sellers would benefit from a profit calculator. It’s possible to get the raw data from Amazon reports or Seller Central, but Shopkeeper will actually do the calculations for you to determine how this and other fee changes will affect the bottom line. There’s even an inventory planning tool that’ll help you prepare for high-volume months, without risking loads of stock sitting around and collecting aged inventory surcharges.

There’s a concern that this particular fee will negatively affect the way sellers determine which items to carry in their stores. The fast-selling items are a sure bet, since there’s only a small chance that they’ll hang around in storage long enough to accumulate extra fees. The slower-selling items, on the other hand, could end up costing more than they’re worth, which would discourage sellers from stocking their usual range of products.

Here’s the silver lining – none of Amazon’s referral fees are increasing, and some of them are actually going down. Referral fees for snow throwers and lawnmowers will decrease in 2022, and referral fees for any item with a sales price over $500 are shrinking from 15% to 8%.

If you’re just looking at the data on its own, you might not see much of a difference in FBA fulfillment fees. After all, some of them were only a few cents to begin with, and the fee increases aren’t even going to impact the cost that much. Or are they? When you crunch the numbers and see what happens to your profit margins, you’ll think differently.

Here’s how this might play out in real life. There’s a $10 item for sale on Amazon; the item’s gross margin is 20% with the old FBA fulfillment fee, but after the fee increases by 8%, that same item will only have a 10% profit. If that item previously contributed a healthy chunk of cash to your overall profits, the fee increase is definitely going to hurt.

That’s just one example, based on one of the size categories. Each category has a different percentage increase, but the story is much the same for all of them. Even “small” bumps in price will affect profits, and if those profits were narrow to begin with, you might have to make the choice whether or not to keep selling certain items.

Once again, here’s a scenario that illustrates the importance of using data to your advantage. If you were to simply look at the new fulfillment fees and assume that you’ll still be able to turn a profit, you might be right – but it won’t be as much of a profit as you could be getting. If you’re using a tool like Shopkeeper, on the other hand, you’ll be able to view real-time profits item by item, and decide which ones to prioritize in your Amazon store.

Where to go from here?

It may be getting tougher to make a profit on Amazon, but if the ecommerce giant can switch up their game, then sellers can do the same on their end. It’s important to take advantage of tools like Shopkeeper for real-time data on profit and loss drivers. If you can see where you’re succeeding and where you aren’t, that’s when you can optimize your strategies and improve your profit margins. If Shopkeeper sounds like something that would benefit your Amazon store, you can take advantage of their 30-day free trial (extended from the typical 14 days).

The Best Online Store for Sportswear in MENA