It may sound surprising but about 65% of women between 16 and 25 years old feel uncomfortable using the term “vagina” because of one reason or the other. The aura of taboo and prohibition that surrounds sex and genitalia is responsible for spreading many myths about sex and vagina. If some are just funny, such as the false association between foot and penis size, others make our sex life worse and even reinforce chauvinistic and misogynistic worldviews. 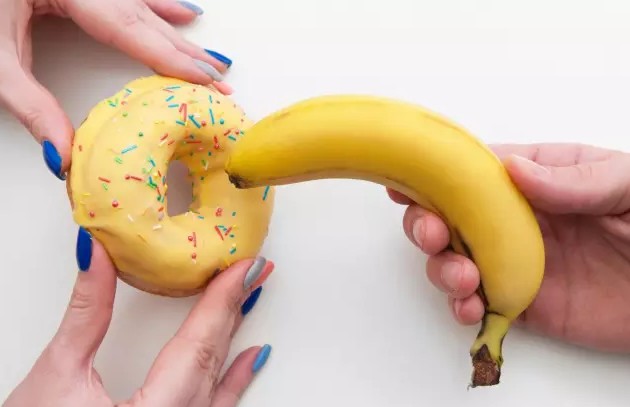 In this article are 5 different sex myths you need to stop believing right away!

#1: A Woman Who Has Sex Would Often Have a “Wider” Vagina

There is no scientific evidence that the frequency with which a woman has sex or the size of her partner’s penis has a permanent influence on the anatomy of the vagina. It is elastic, expands and contracts according to the situation, always returning to its original state – birth is a great example of this.

Research published in the journal Human Reproduction – which recalls, in the introduction, how little attention has been paid to vaginal anatomy in medical history – has looked at the dimensions of the vagina of several women, and all it can confirm is as expected: there are no two vaginas equal, and all perceived variations were associated with age and other anatomical features, not use.

It turns out that, far from being fiction, there is nothing wrong with female ejaculation. A study published in the journal, Journal of Sexual Medicine found that between 10% and 40% of women release urine involuntarily during orgasm. The fluid often comes mixed with small doses of a male prostate-like secretion.

#3: Male Penis Size Is Associated With Skin Color, Height or Any Other Characteristic of a Male

It’s hard to believe after years of unjustifiable stereotypes, but the truth is that there is absolutely nothing that can successfully predict the size of a male penis. And if you still have questions, just look at this study published in the journal, Journal of Urology, which measured more than 15,000 penises in search of some noticeable, unsuccessful pattern.

No, circumcision does not change anything you feel or stop feeling in a sexual relationship. In another study, also published in the Journal of Urology, equal samples of men who had undergone and not undergone the surgical procedure were tested. Did your penises go through heat, touch, and pain sensitivity tests, and guess what? Draw, of course.

#5: The Absence of the Hymen Is a Surefire Indication That a Woman Has Had Sexual Intercourse

Of course, in many cases, the hymen is broken at the first penetration. But this is no rule. Physical activity and the use of sex toys or tampons can break the membrane before a woman has sex for the first time.