HomeFinance5 Innovations In Ecommerce For 2019
Finance

5 Innovations In Ecommerce For 2019

The worldwide ecommerce market is one of the fastest-growing markets in the world. In fact, a study has found that we will see an increase of about 246% in global ecommerce sales by 2021. This is largely due to the increased availability of ecommerce stores around the world, but another large factor is the many new technologies and innovations being introduced that are making it safer, easier and even more realistic. Knowing what to expect from the future of ecommerce can help you anticipate major changes that are going to be happening, while at the same time letting you know about some features you haven’t heard about before, which you could integrate into your ecommerce store.

Virtual reality is a technology that has grabbed a lot of attention in recent years with many major companies such as Samsung making their spin on it. It can have many different uses from gaming to digital classrooms, but the impact it can have on ecommerce also shouldn’t go unnoticed. For example, virtual reality can be used to allow customers access to virtual showrooms where they can have a shopping experience similar to the one they would have if they went to the store, but in the comfort of their homes. On top of this, virtual reality can also be used for product visualisation, which will help customers get a better understanding of the dimension and the general characteristics of the product they wish to buy.

The massive success of the companies who have embraced ecommerce has started to draw the attention of pretty much anyone who’s in the business of selling anything. Because of this, more and more industries are turning towards ecommerce as their primary source of distribution. For example, as more countries are starting to legalize or decriminalize cannabis, even this taboo product has entered the ecommerce arena. From B2B marketplaces connecting brands and dispensaries to individual dispensaries such as Shango turning to ecommerce infrastructures in order to meet widespread demand, weed-based ecommerce is experiencing massive growth and it’s interesting to see the innovations it will bring in the future. 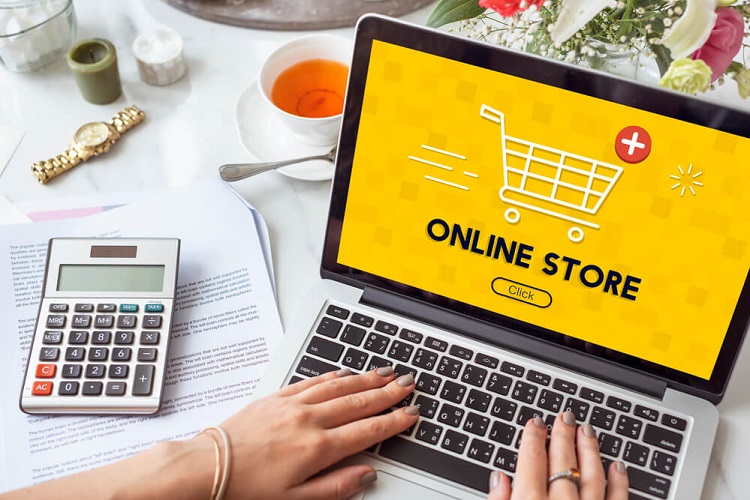 While chatbots have existed and been used for quite some time now, the recent advances in AI technology are making them even more useful for ecommerce businesses to have. On top of the things such as natural language programming, which is giving chatbots the ability to act and respond exactly as humans do, they have another major advantage over human assistance. Namely, they can have instant access to huge amounts of data which they can then give to customers, making the whole process of asking questions and seeking assistance a lot less time-consuming.

Another major innovation that is aiming to reshape and expand ecommerce even more is the new and improved ways people are coming up with for delivering their products to the customer. While standard ways of delivery are also seeing major improvements, what really stands out are the examples of companies using technologies such as drones to make the whole process even quicker. At the same time, they are increasing their reach by allowing them to access remote areas quickly and efficiently.

Finally, the innovation that is probably having the biggest impact on ecommerce right now is the personalization of the customer experience. Ecommerce stores are now able to give their customers exactly what they want or even things they didn’t know they need by utilizing the incredible amount of data that is constantly collected when a person uses the internet. This is allowing ecommerce stores to drastically increase their sales while also saving the customers’ time, which they’d spend looking for the things they need. All in all, this increased focus and embrace of personalization within ecommerce is going to be one of the main driving forces behind its constant growth in the following years.

The ecommerce industry will undoubtedly continue to grow at a very fast pace in the following years, and the innovations and technological advancements that are fuelling this growth are only going to become better and faster as time goes by.