5 Addictive Flash Games You Must Try In 2018

Feeling bored and don’t know what to do?

If yes, then your smartphone will be the best friendly device to help you enjoy with the best addictive games.

Do you know the best thing?

Well, they can run easily on your phone with internet connection and a browser which supports flash. There are some 2 player unblocked games in the list below which might be entertaining for you while playing. 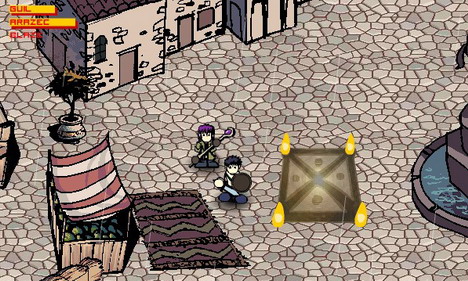 Let’s take a look at them:-

Remember the most iconic game which has been on the fore-front of masses for various years?

Yes, I am talking about Mario. For many years, there has been advanced versions to give an interesting tale to the game and to make viewers glued to it even more. Mario Run has been one such obvious reflection of the same. As the name sounds, Mario has to run like crazy with all its might, so as to save itself from the evil challenges coming from behind.
So, here while running, you have to equally ensure that you successfully avoid challenges and obstacles coming to you. Tricky thing is that, if you slowed down, even an inch, then you will be caught and probably eaten. However, you can increase your running strength, by using “boost”

The “name” of the game gives you an indication of its kind. Yes, you are trapped in a vertical container and you have to move up to get out of it. But sadly, there are various obstacles in the process and you have to carefully land on safe locations to enhance your chance of moving up and finally out. Play it and know how well, you can save yourself from the challenges.

Quite a happening game with more than 300,000 users enjoying, it lets you to be at the edge of your seat. You are the owner of a cell, and through the hand-movements of your mouse, you have to eat other cells. But beware!!!! If you come in contact with a bigger cell, then that one will eat you, thus putting an end to the game.
Yes, the game has various tensed movements which in itself adds to its addiction.

History is witness to how the game of snakes was originated with Nokia phones. Well, its level of craze and charisma is certainly not hidden. As a snake, you have to eat the dots to grow in size. The game consists of three stages primarily meant for people “who are novice”, then “to those who have average practice” to finally “those who are experts”. Yes, the stages are differentiated with varying speed and you can choose the one which does justice to your skills.

“Cut The Rope” as interesting as it sounds, is another addictive game as well. The game requires you to feed your pet “Omnom” which needs food. So, how you need to give?
Well, you have to cut the ropes and the candy will fall, but make sure it lands on its belly. The graphics are certainly eye catching

Finally, aforesaid are the 5 addictive flash games you must try in 2018. So, enjoy to the core !!!