3 Ways That Online Banking Changed The World Of Finance

The world of banking and finance is ever-changing, and things that once seemed highly innovative are now central parts of everyday life. Technology has often been at the heart of this change, and as technology continues to evolve at a ferocious rate, there are surely further radical, though yet unseen, changes to come in the years and decades ahead. One of the greatest revolutions in recent financial history was the rise of online banking. Here are three ways it impacted our world forever. 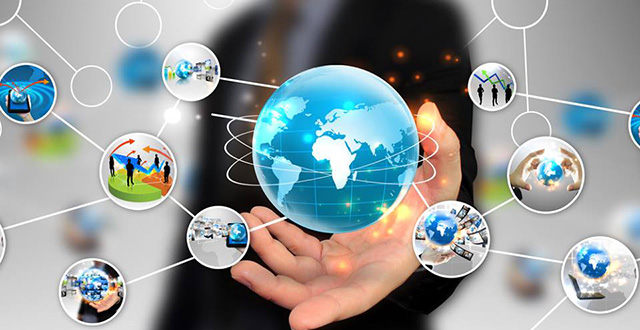 Online banking has its origins in the ‘Homelink’ service that appeared in the early 1980s, but the first dedicated online banking website didn’t appear until 1994, courtesy of the Stanford Credit Union. In the roughly quarter of a century since then, internet banking has become ubiquitous and specialist websites like MoneyPlate.com contain information on a huge number of online banks. One of the greatest changes this has brought about is the flexibility for people to carry out banking transactions wherever and whenever they like. It seems hard to imagine the days when checking transactions or creating direct debits would involve queueing inside a brick and mortar building, but just two decades ago, this was still the norm for most bank customers.

The Boom In Online Shopping

Online shopping has developed independently of online banking, but in many ways, it’s the availability of the latter that has led to the phenomenal success of the former. Checking a balance can now be done on a computer, tablet or phone in a matter of seconds, which means that consumers can quickly decide if they have enough funds to make an online purchase. The rise of online shopping shows little sign of slowing down, especially during big retail events such as Black Friday. This was once primarily associated with traditional retail outlets, but in 2017, more than half of all 18 to 29-year-olds surveyed said they planned to shop online rather than in-store.

The Demise Of The High Street Bank

Twenty years ago, banks could be found on the high streets of most towns and some villages, but that picture has changed dramatically in recent years. The global financial crisis has shared some of the blame for more than 10,000 banks closing since it struck, but the rise of online banking is another major contributing factor and the first half of 2017 saw nearly 900 banks close their doors for the final time across America. Now that people have tasted the convenience of internet and mobile banking, traditional banking has lost its appeal. Branch closures will surely continue into the foreseeable future.

The rise of online banking brings challenges, such as the loss of jobs in bank branches, but it also leads to job creation in the online sector, as well as allowing customers to have much greater control of their finances. This philosophy is also behind newer financial trends such as the rise of cyber currencies, and this seems destined to revolutionize the world of personal finance just as much as the advent of online banking did.