A decade ago, it was only video game enthusiasts who tuned in and advertised eSports. Now, it is one of the fastest-growing sports in the world. In fact, eSports have become so popular that millions of enthusiasts are placing online bets on their favourite games, streamers, and competitions. While older generations may stick to betting on football, cricket, or American basketball – a giant portion of gen X, millennials, and Gen Z-ers have made it clear that eSports are the future. Anyone familiar with the online gambling industry and video game streaming already knows that this business is booming, but here are three things you don’t know about e-Sports betting. 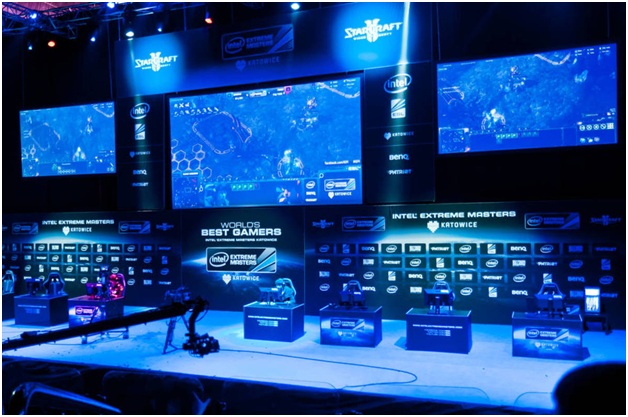 It’s More Popular Than You Can Imagine

Video game competitions have been around since the 1970s and were popular even then. Extremely popular throughout various Asian countries, South Korea has had events that filled Olympic stadiums with fans, while millions more streamed at home. In China, one large event had 91,000 tickets sell out in minutes while hundreds of thousands streamed at home. From the UK to the US, Twitch streamers have become the new celebrities. Betting on eSports is a popular pastime in many countries around the world. Currently, the esports industry in India is up to ₹43.8 billion and expected to increase to 118.8 billion by 2023, according to financial experts. This industry will only grow larger, worldwide.

Millions are Making Money Betting On (and Investing In!) eSports

With popularity growing amongst the worldwide public, investors are rushing to this industry to make sure they don’t miss out. According to Statista, US revenue from eSports will reach over $812 billion by 2023. Currently, 2020 reports find that the market in the US is worth over $1 billion, but that’s expected to grow at a large rate. The biggest betting prize ever? At the 2019 Dota 2 International, there was over $34 million dolled out in prize money.

There are Hundreds of Things to Bet On In eSports

Online betting has overall improved all sports betting because of the amount of options sites give you. From betting on teams to individuals players, to how many red cards someone can get, all this has drawn a huge audience. Video games have increased in the variations of bets available, making it extremely exciting. Major sportsbook sites are adding dozens of new popular games every year. New popular additions include FIFA 17, Counter-Strike: Global Offensive, Starcraft II, Call of Duty, Hearthstone, Heroes of the Storm, and Overwatch – all which are extremely popular amongst the gaming community. You can expect more favourites to be added on in the coming years.

Twitch and The Pandemic Will Undoubtedly Change the Industry

As the rest of the world catches on to what gamers have known for decades – betting on video games is fun and exciting. Competitions have been here since the 1970s, but as the quality of popular games becomes even better, we can expect more fans to join in. While betting on eSports may not be your grandpa’s favourite pastime, younger generations who have been playing video games for the last 50 years (yes, video games have been around that long) are now in control of the market and the largest audience. When the pandemic halted most traditional sporting events and caused a problem for bookmakers who rely on those games, eSports was able to continue to grow in profitability and popularity.